Now this would be something.

Earlier today, Bloomberg reported that the US Government is planning to announce a decision which would essentially order China-based ByteDance to divest its ownership of short-form video app TikTok, or face a total ban on the app in the American market. 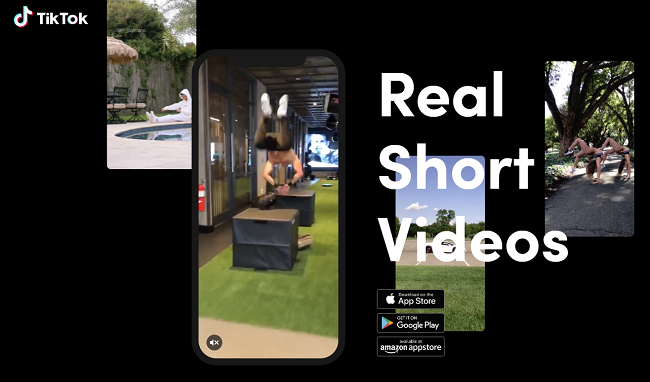 The White House has been considering a ban on TikTok over the last few weeks due to rising concerns about its potential links to the Chinese Government, with speculation ramping up after India banned the app last month. Last week, the US House of Representatives voted to have the app banned from all Government-issued devices.

The suggestion alone that the US could be close to putting that level of pressure on ByteDance is significant – but then, just over an hour later, Bloomberg followed up with a report that Microsoft is now considering an acquisition of TikTok’s operations in the U.S.

That would be a major shift in the tech space. Microsoft already owns one social network, in LinkedIn, but the acquisition of TikTok would enable it to enter an entirely different element of the market, and one which seems largely outside of Microsoft’s current comfort zone.

Indeed, while Microsoft has made various attempts to establish a more significant presence in the social space, particularly in terms of reaching younger audiences, most of those efforts have fallen flat.

Microsoft launched its own social network – called So.cl – back in 2012, as it looked to stay in touch with the emerging space, but that was eventually shuttered in 2017. The company has also worked on various video tools and features aligned with emerging usage trends, while it’s additionally sought to increase its stake in rising gaming space through various acquisitions. Yet, even on that front, its efforts on the social side of gaming haven’t worked out – the company’s Mixer game-streaming platform was shut down earlier this year.

Microsoft did purchase enterprise social network Yammer in 2012, and as noted, professional social network LinkedIn in 2016, but both of those apps seem more clearly aligned with the company’s B2B focus, and engagement between professionals.

In this respect, adding the latest trending app amongst younger audiences into the Microsoft suite doesn’t really seem to fit.

But then again, Microsoft did also attempt to buy Facebook in 2010.

Maybe, then it does make sense – and clearly, TikTok is on the rise, with usage of the app rising, along with its broader cultural impact. That impact can’t be overstated – already, we’ve seen YouTube, Instagram, Facebook and Snapchat all looking to implement their own, TikTok copycat functionalities and formats in order to align with rising usage trends.

There’s clearly value in the app, but at the same time, TikTok’s success is not a given. Vine was in a similar position at one stage, before it’s usage dropped because it couldn’t work out a way to compensate top contributors, who eventually switched to YouTube and Instagram instead, taking their large audiences with them.

TikTok could well fall victim to the same, so it would seemingly benefit from an experienced, guiding hand to help establish and solidify its US ad business.

Would Microsoft fit that mold?

The one thing that is clear is that TikTok looks set to remain under pressure over its Chinese roots, and its data-sharing obligations with the Chinese Government. Which is a very real concern – all evidence suggests that TikTok, via parent company ByteDance, is required to share user data with the CCP on request. And with China taking a more aggressive stance in various trade and border disputes, TikTok will be caught in between unless it’s somehow able to separate itself and convince regulators that it will not share data with Beijing.

A deal with Microsoft could do that – but then again, wasn’t there some sort of House Judiciary Committee hearing this week about how the tech giants have too much power, and how they shouldn’t be allowed to use their massive scale to exert pressure on competitors? Allowing another tech behemoth to acquire another massive social platform seems counterintuitive in this respect. But maybe, US regulators would overlook such in order to keep TikTok running?

TikTok has pledged to add 10k jobs in the US, and it just announced that its Creator Fund, which will pay top contributors, will likely be upped to a billion dollars over the next three years.

There are reasons why the US would like to see TikTok remain in business, and there are also reasons why Microsoft might want to buy in. But the fit seems a little uncomfortable, and the process, overall, seems like a potential concern.

Neither Microsoft nor TikTok have offered any insight on the reports at this stage, but we’ll keep you updated on any progress.

UPDATE: On Friday evening, US President Donald Trump told reporters that he would sign an Executive Order to ban TikTok in the US. We now wait to see if Trump follows through on the claim.

Any cookies that may not be particularly necessary for the website to function and is used specifically to collect user personal data via analytics, ads, other embedded contents are termed as non-necessary cookies. It is mandatory to procure user consent prior to running these cookies on your website.