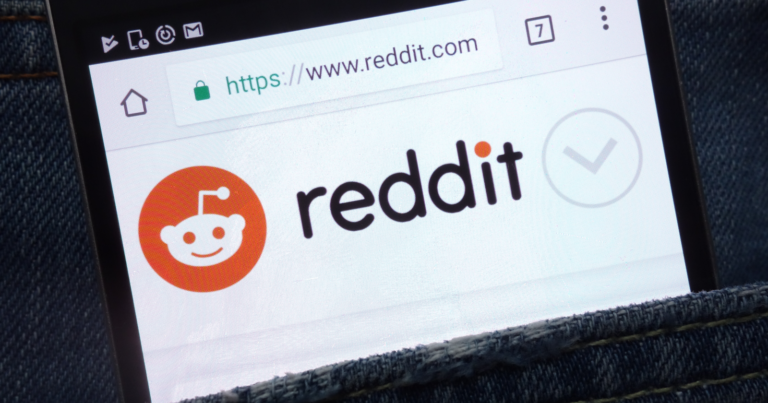 Getting the right organic content to the right people at the right time can seem impossible.

Unless your name is Daniel Russell. The COO of Go Fish Digital, Russell has worked with some of the world’s largest organizations and well-known public figures to build their brands online.

In just the last year, his work has hit the front page of Reddit, earned the #1 spot on YouTube, and has been featured in The Washington Post, Entrepreneur, Fast Company, Yahoo News, and Inc.

Following the conference, I interviewed him about his secret sauce. Here are my questions and his answers (note: some answers have been edited for clarity and length).

Daniel Russell (DR): Many would say it’s still not grown up, and they’d be mostly right.

Outsiders continue to find Reddit’s interface confusing and the community quirky, but Reddit has come a long way from its early years.

One of the biggest jumps forward was in 2016 when Reddit hired a team of about 20 graphic designers and UX specialists to work on a redesign.

About a year and a half later, in April 2018, Reddit released the first major visual overhaul of its interface in over a decade.

Initially, the community was not happy about the update. They had been using the same interface for 10 years and now they had to adapt to something new!

The redesign also drew a lot of inspiration from Facebook’s most recent interface, and a lot of users drew disparaging comparisons between the two – the community wants Reddit to be the anti-Facebook, not look more like it.

For me, as an active Reddit user and someone in the digital marketing and design space, I had a few thoughts about it as well.

I was not excited about learning a new UI and it did look like “ugly Facebook”, but it was much more user-friendly and I could tell that fewer people would hit Reddit’s front page, be intimidated by its layout, and leave.

By moving from what looked like a basic link aggregator with some poorly designed buttons and hyperlinks scattered around the page to a more buttoned-up, social-media-platform-esque design, Reddit has attracted new users and increased engagement.

DR: A lot of it comes down to volume. Reddit isn’t fully transparent with their numbers, but we do know that Reddit.com saw 542 million visitors in March 2019 alone.

That’s billions of visits if you extrapolate that out over a full year.

Those visitors are constantly finding or creating cool content to post on Reddit (in hopes of collecting Reddit’s socially-validating “karma” from other users who “upvote” content), so hundreds of millions of users mean a daily deluge of new content flooding your computer screen.

Not all of it is good stuff. A lot of the content on Reddit is low quality and some of it is plagiarized. But the upvote/downvote system helps keep the cream of the content crop rising to the top.

Reddit’s user base is also exceptionally young. In Pew’s research study on Reddit, they found that 64% of the platform’s users were between the ages of 19-29.

That younger demographic tends to be the source of many social trends, so the content they’re generating on Reddit often pops up on other platforms like Twitter, Buzzfeed, and Twitch several weeks after it is first seen by Redditors.

So, marketers who are tuned-in to the Reddit scene and use it to source ideas can be on top of the hippest content from one of the prime young audiences.

That 19-29 demo is also one of the most lucrative audiences for advertising.

What are all the Reddit rules and cultural nuances in a nutshell?

DR: Reddit has a lot of rules. It has so many that most users violate half of them before figuring out the ropes.

Reddit has moderators, a mix of volunteers and Reddit employees, who enforce these rules and who remove content or ban accounts that aren’t in accordance with the rules.

Luckily, breaking minor guidelines usually won’t get you banned. And the major rules that will get you banned are also the ones that most affect the content you’ll find on Reddit, so they’re really worth paying attention to.

Probably the most important rule for marketers to know is “No Spam”.

As a result, self-promotion is hunted down and penalized with ruthless abandon. There’s even an entire subreddit dedicated to sniffing out spam called r/HailCorporate.

What does that mean for marketers?

Well, for one, don’t try to spam Reddit! It’s risky and usually the downsides outweigh the potential rewards.

If you take the slang used by today’s high school and college crowds, mix in some technical jargon, and then add Reddit’s internal labels in the pot, you’ll understand most of what you read.

Reddit’s own labels are the most important for marketers.

You can learn most of these by reading Reddit’s FAQs and rules pages but the big ones are:

These definitions are a good starting point, but to get fully fluent in “Redditor”, you have to become an active user.

Finally, Reddit is filled to the brim with inside jokes.

For example, it was really popular a couple years ago to compare everything on Reddit to the size of a banana.

Someone would take a picture of a sunset over the Grand Canyon with a banana in the background and title their post on Reddit “Grand Canyon Sunset (banana for scale)”.

If you came in cold at the height of that inside joke, I’m sure it’d seem strange. But if you were there for the whole buildup of the joke, you’d probably think it was hilarious like the rest of Reddit.

There’s not much that can be done here except to become an active user. And if you see something that makes zero sense, it’s likely one of these inside jokes.

How do we use the quirks and hacks for advanced search and discovery?

DR: You can get a lot from Reddit just by paying attention to what’s on the front page and what’s trending. But you can take your idea harvesting to another level by treating Reddit like one of your marketing software tools.

Marketing departments and agencies pay a lot of money for the analytics gleaned from tools like BuzzSumo, Ahrefs, and others, but you can get amazing insights from Reddit for free.

It’s an unbelievable tool, and you can unlock its potential by using Reddit’s filter and search functions.

The basic search bar on Reddit is not the greatest. Instead, I recommend using Reddit’s advanced search function and relying on search parameters to narrow down on niche topics.

But my all-time favorite method for sourcing content ideas from Reddit does not involve the search function. Instead, I use the Reddit’s filters to get at the golden ideas.

My favorite filter combo is to:

This helps you get the magic mix of relevancy, potency, and recency.

Who provides some case study examples that can guide the research process?

DR: I’ve got a bunch of case studies that follow actual content marketing campaigns sourced from Reddit. The most effective campaign we’ve done so far was for a jewelry client of ours here at Go Fish Digital.

Our team noticed that the Hydraulic Press Channel, a channel on YouTube with rising popularity, was regularly on the front page of Reddit.

The YouTube videos usually included footage of various things (like watermelons, computers, playdough) being smashed in a hydraulic machine press.

My coworker, Blake, threw out the idea that if a diamond was smashed in the hydraulic press, it would probably make it to the front page of Reddit.

I found the Hydraulic Press Channel’s purveyor – a gentleman from Finland who runs a machine shop.

I got his contact information and we sent him our proposal: we’ll send you a big diamond if you’ll crush it for your channel.

The video came out a few weeks later and went to the top of Reddit, the top of YouTube, and the top of the internet.

Our client’s diamond and brand saw over 10.5 million video views, 100,000 social shares, mentions from top news outlets like Huffington Post, CNN and even the Weather Channel, and lots of backlinks.

Where can we find the new road map to harvesting ideas that will be a surefire success?

DR: The main gist of the strategy is to use Reddit to keep up on what’s trending around topics that matter to you. Use the platform’s search and sorting functions to in-depth with specific keywords and topics.

Here is the high-level outline: