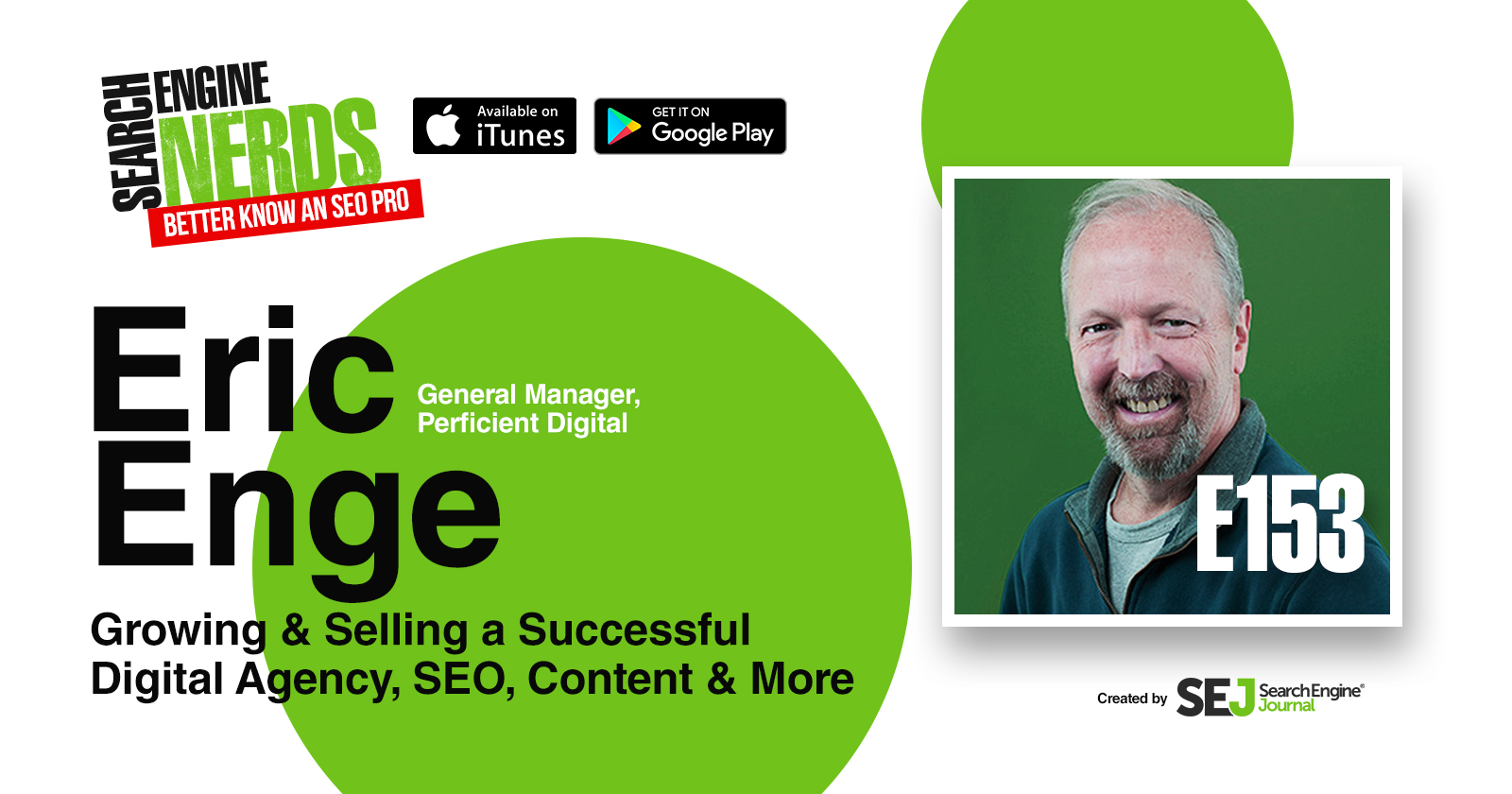 “Don’t tie yourself up in knots worrying about who’s accomplishing what around you and whether they’re perceived to be better than you or not. The only challenge you need to solve is how you make yourself better every day.”

Eric Enge describes himself as an introvert, which can come as a surprise to some given he is such a prolific speaker at so many of the biggest industry conferences.

As a child, he dug into things in more detail than other people would – and that might have been a clue as to how he goes about learning things.

Building a Heathkit computer from scratch while he was out of college sparked his interest in technology where he would eventually find success as an SEO professional and agency owner.

In this episode of Search Engine Nerds, I’ll be highlighting the career journey of Eric Enge, an SEO pro who’s got expertise, authority, and trust – the real deal, triple threat.

As one of the most prominent figures in the SEO industry, you’ve probably already heard about Eric Enge.

He is well known for significantly contributing to the knowledge base of the industry, having produced countless digital marketing studies over the years. You can check out his latest research at the Stone Temple website.

Enge has spoken and keynoted at major conferences including PubCon, SMX, State of Search, Next10X, Digital Growth Unleashed, IRCE, and so many others.

Together with Rand Fishkin, Stephan Spencer, and Jessie Stricchiola, he also co-authored “The Art of SEO”, which is widely used as a textbook for many university courses.

He’s been involved in the internet since the early 1990s when he played a role in AOL building up its subscriber base.

During our interview, Eric talked about his 20-year journey as a digital marketer – how he started a career in technology, the struggles he’s faced and overcome, the lessons learned along the way, and why he decided it was time to sell Stone Temple.

Listen as he shares how his early SEO days looked like (hint: it involved some link schemes) and why he owes a great debt to ex-Googler Matt Cutts.

Eric also offers amazing advice on operating and expanding an agency, hiring employees, communicating the value of SEO to potential clients, and investing in thought leadership.

Links from the Episode

How to connect with Eric Enge:

To listen to this Search Engine Nerds: Better Know an SEO Pro Podcast with Eric Enge: