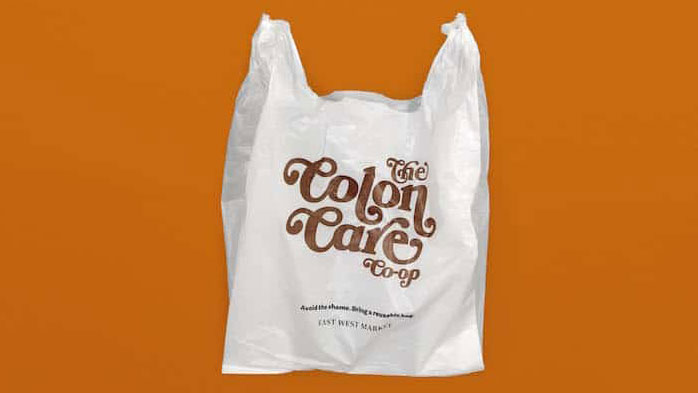 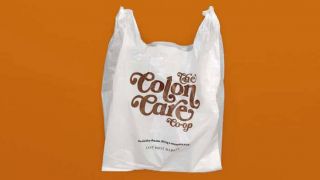 These days, there’s a certain shame in admitting you’ve forgotten your reusable bag and need a plastic one, in some circles at least. East West Market in Vancouver has capitalised on those feelings by redesigning its plastic bags to sport embarrassing slogans, advertising a ‘colon care coop’ (above), wart ointment and an ‘adult video emporium’ (below).

Underneath these shameful slogans, written in typography reminiscent of retro  pharmaceutical goods (see our list of retro fonts here if you fancy recreating the look), is the slogan: ‘Avoid the shame. Bring a reusable bag’.

As campaigns go, we think it’s pretty great. It’s simple, it’s clear, and it’s beautifully executed. By drawing attention to the issue of plastic waste in a fun way, East West Market encourages its customers to bring their own bag, and also think more about the plastic they’re consuming.

You can see the bags in action in the video below, which was posted to East West Market’s Facebook page.

The only problem we can see with this campaign, which has already garnered a lot of attention, is that the bags actually look really good. So good in fact, that we don’t think people will be embarrassed to carry them around. It’s possible that they’ll even want to buy them over normal plastic bags, or instead of their normal reusable bag.

If that happens, then the campaign will have failed its environmental goal, although if the designs really take off, perhaps East West Market could print them on tote bags instead, and phase out plastic bags altogether. Wart ointment, anyone?