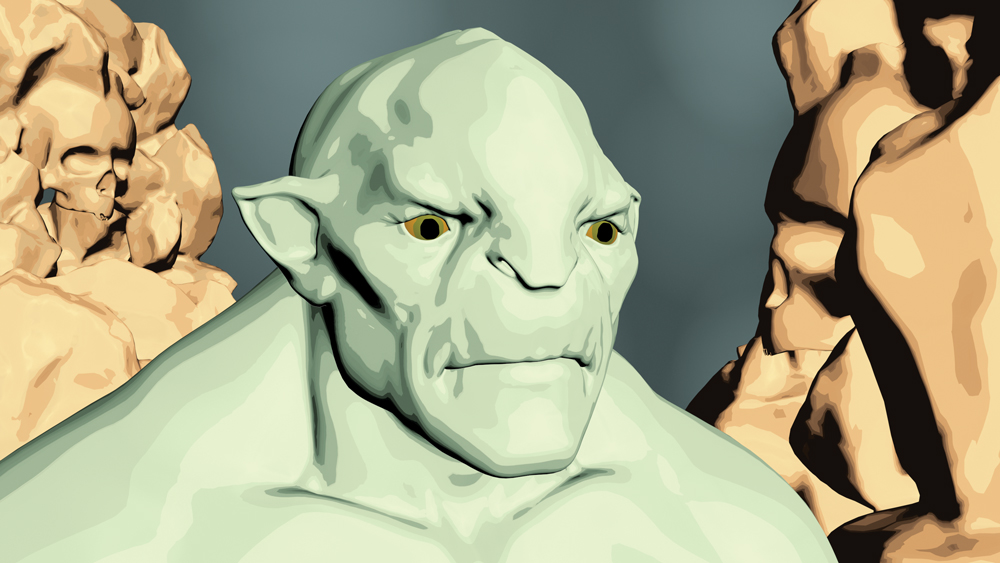 V-Ray isn’t just faster with each release, under the hood it’s getting smarter and more sophisticated.

V-Ray Next for Maya (aka version 4) includes most of the improvements and overhauls revealed when the 3ds Max edition launched in May last year, and some that are unique to Maya (voted by us as the best 3D modelling software around).

V-Ray Next includes several under-the-hood changes, including improved scene intelligence, redesigned IPR (Interactive Production Rendering) and new GPU architecture. In quantitative terms, an overall rendering performance speed increase of 25 per cent on average has been recorded by Chaos Group, which is a very welcome update for anyone creating complex 3D art.

Since version 3, V-Ray has been auto-analysing scenes in the background as they are rendering using Adaptive Lights and Automatic Sampling. V-Ray Next has been developed to use a quick-learn process for scene intelligence, granting faster results, and the coding is now applied to Adaptive Dome Lighting for optimised IBL rendering, with the bonus of eliminating the requirement for setting up Light Portals when rendering interiors. Put simply, V-Ray is becoming faster because it’s becoming smarter.

V-Ray Next for Maya: Redesigned IPR

For workflow, Next’s almost completely re-written IPR is worth getting excited about. It’s faster, allows continuous feedback and is thankfully more stable than previous versions, where it was tediously routine to restart the IPR for failing to update. In this release, it feels a lot more capable and robust, and even supports playblasting and scrubbing animations.

New to the viewport are buttons for quick launch, real-time AI Denoising and shading options for debugging. The integration of Nvidia’s AI-based OptiX render denoising technology to the V-Ray pipeline requires Nvidia GPUs and allows denoising a render in real-time, giving a good prediction of the final image, and is a valid viewport replacement. Some limitations exist, such as that the denoised image is clamped at 1 and won’t give the same range as HDRI, and denoise isn’t always ideal for animation. The debug shading options are designed to speed up lookdev by isolating geometry and shading networks and can be combined with denoise and also playblasted in the IPR.

V-Ray Next for Maya: GPU advancements

GPU advancements have led to V-Ray RT being retired in favour of Next GPU. The new, redesigned, production-ready GPU works at twice the speed, on average, for production-quality renders in Chaos Group’s benchmark testing.

There’s a new Metalness parameter in the V-Ray Standard material giving improved PBR workflow support for real-time engines such as Unreal Editor and Unity. Metalness makes it easier to create PBR compatible materials from applications such as Substance Designer to continue a PBR workflow without resorting to a new shader. For hand-drawn or anime-styled renders there’s new Toon Shader controls available on a per material basis that doesn’t take long to learn.

There’s also a new layered texture, making it easier to create complex materials with individual mask controls and blending options. The Chaos Group Cloud rendering service, which is currently in Beta is accessed from the Shelf. This new service is worth keeping an eye on, especially if Chaos Group utilises it to further develop how scene intelligence works, as this should generate further advances in render speed and accuracy in conjunction with future releases.

This article was originally published in 3D Artist – Subscribe to 3D Artist.

V-Ray isn’t just faster with each release, under the hood it’s getting smarter and more sophisticated.