Archviz: everything you need to know

Archviz: everything you need to know 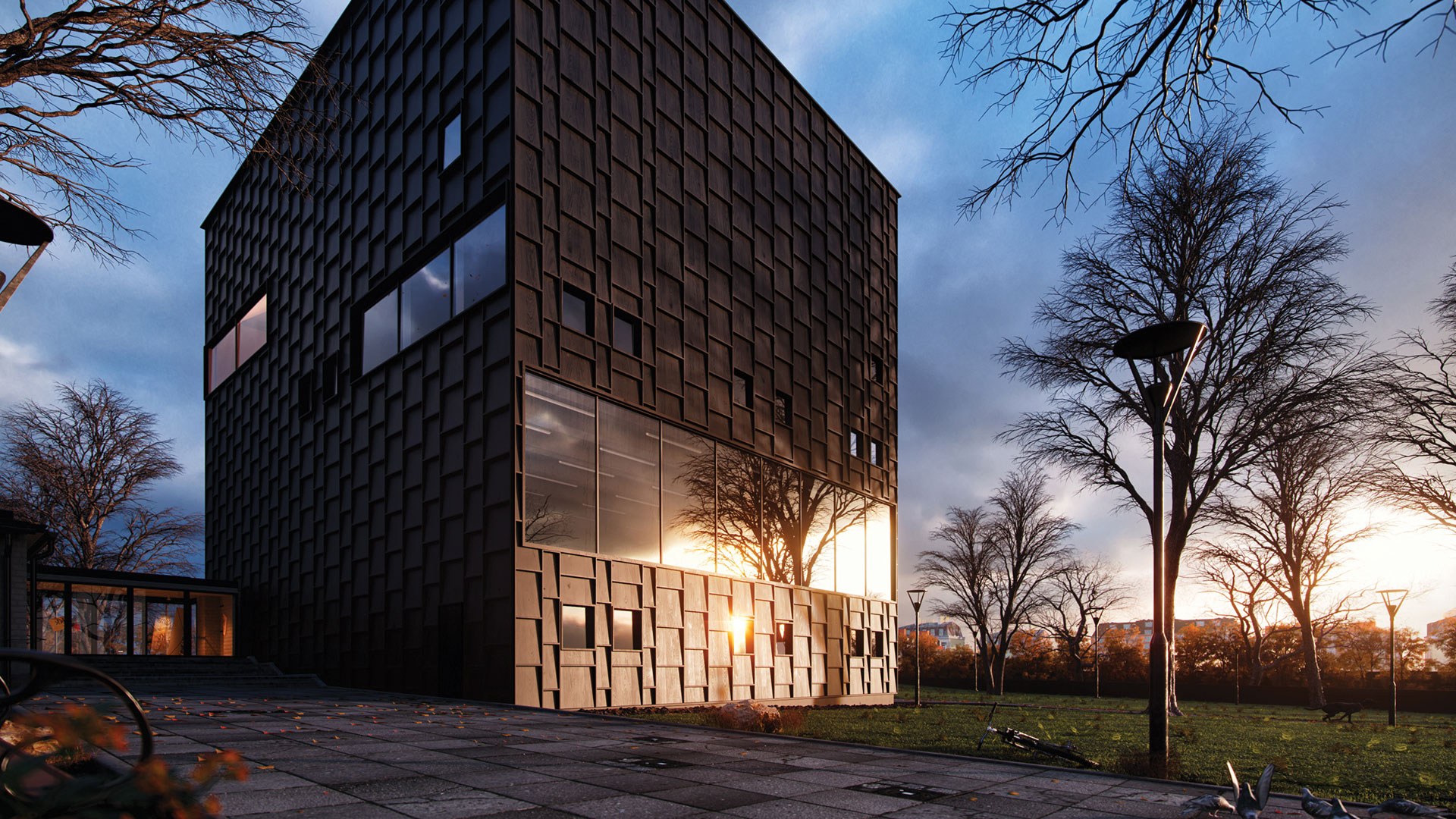 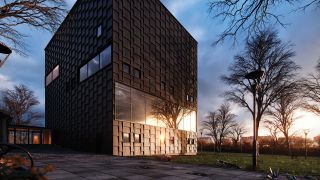 Archviz is one of the 3D world’s most exciting communities. The term, which stands for architectural visualisation, melds architectural flair with technical know-how.

But to those on the outside of the community, it can be a mysterious and often daunting area. That’s why we’ve assembled the experts to lift the lid and explore the foundations of archviz.

So if you’ve checked out our free 3D models and went to take your skills further, let’s hear what they have to say.

Jeff Mottle, CEO and founder of CGarchitect, the leading online magazine for architectural computer graphics, has some thoughts: “At its core archviz is using some form of computer generated visualisation to depict architecture. In reality, the term encompasses an entire profession that ranges from image generation to real-estate marketing films, VR/AR, touch-screen installations, apps, etc.”

He adds: “There is very little standardisation in what we call ourselves in this field, so there are many terms and titles, but in the end it’s all about using visualisation in a compelling way to sell or design architecture and real-estate.”

Victor Bonafonte, art director and co-founder of creative collective Beauty & The Bit, expands the definition further: “It’s the ability to portray forthcoming and unbuilt architecture in the present. Good archviz isn’t attached to any specific technique. It can be anything, from a Frank Lloyd Wright watercolour to a CG city asset in a sci-fi movie. In the end both of them are showing hypothetical architecture.”

It appears that the only defining factor of archviz is that architecture is, in some way, visualised. But what attracts talented artists to this vast corner of the CG industry? “I’ve loved architecture from a very young age and always knew I wanted to be somehow involved with it,” says Mottle. “I also had a lot of interest in computers and all things technical, which I guess naturally led me into archviz.”

For freelance visual designer Mohit Sanchaniya, the appeal is similar: “The best thing about archviz is that it brings out your creativity, imagination and showcases architecture through an artistic masterpiece.”

What’s the appeal of archviz?

Back in 2001 there were very few resources available to those that wanted to indulge their passion for archviz, something that prompted Mottle to start his online magazine CGarchitect, which caters to the architectural computer graphics industry.

“The industry has grown exponentially since then, but CGarchitect has stayed the course and continues to be the leading and central hub for pros around the world looking to connect, advance their careers and learn,” he explains.

Sites like Mottle’s have helped to cultivate the lively archviz community of today. “CGarchitect has become many things to many people,” he continues. “We write and publish articles, feature top artists, advocate for the industry and regularly survey the field to provide the most up-to-date information.”

“We also host the ‘Oscars’ of our industry in the CGarchitect 3Dawards, now in their 16th year. I think that’s my favourite project I work on each year. Regardless of the things we do, our mission is to evangelise the industry and elevate professionals in the field so they can pursue rewarding careers.”

In more recent years artists like Sanchaniya have emerged in a community that’s more connected than ever. “I started my archviz career in 2014, during my college days,” he reflects. “I graduated in civil architecture, which led to me focusing on architectural illustration. Early in 2017 I participated in the Tomorrow 2017 archviz challenge, which helped me to get a job at Tomorrow’s studio in Stockholm.”

While Sanchaniya was busy studying in 2012, Bonafonte was starting Beauty & The Bit from home, with his partner Lina Garau. The small boutique studio is based around, but not limited to, archviz.

“We provide architectural illustrations with a strong art direction, crafting iconic visuals that drive the observer’s emotions,” says Bonafonte. This takes much more than placing blocks and materials in the correct place, as Bonafonte explains: “We like to think of our images not as a collection of checkmarks in a PDF document, but as something with much more coherence and intention.”

“When I started this company I was already working with people like SHL, SOM and BIG. I wondered if they’d think I was managing their projects from the same room that held all my home recordings. We’ve been growing consistently from that very moment.”

Beauty & The Bit’s growth has been such that in 2018 they embarked upon their most ambitious project yet, Landmark, a non-commissioned animated short project that aimed to go beyond the usual architectural approach.

“At that moment in time I wanted to show that a different animation style is possible for architecture. Architecture has drama and storytelling, just like a movie, so why can’t we incorporate those elements into architectural animations?” argues Bonafonte.

He continues: “At some point there has to be something that breaks the rules and tries to give another turn to the screw. It was proudly worked on in our spare time last year, and believe me, we have hardly any spare time. It’s been widely recognised and highlighted, not just in archviz circles but in several cinemas, as well as on sites dedicated to animation and visual effects.”

How can you start an archviz career?

Even if you have the blend of artistic flair and technical wizardry necessary for archviz, taking the first step in your career can be a challenge for some. We asked our contributors to impart some wisdom, based on their own experiences.

“One of the positive aspects of being a freelancer is that you have a creative freedom on projects and are able to make them unique,” explains Sanchaniya of his own route. “You can work in your own style, experimenting with new stuff and different workflows.”

However, there are things to be carefully considered before embarking on a freelance venture. Sanchaniya explains that it can be difficult to manage the business end of things on your own. There is also the small matter of making a name for yourself in the industry, something that takes time in and of itself.

“I think the biggest single piece of advice I could give would be to ensure you understand why this industry exists and what role visualisation plays,” says Mottle, someone who has a rare perspective over the industry.

“I think there are far too many people that have entered the field on the back of being software experts, without a lot of thought into the value they bring. Some are purely technicians that leverage software to do the heavy lifting, and some are fine artists who leverage their skills as artists to bend the software to their will.”

“At the end of the day though, this profession is about telling a compelling story through architecture or leveraging the tools to help visualise during the design process,” he continues.

“Right now we’re on the cusp of a major shift where software and technicality will play a much less visible role in the profession. This is going to leave a giant hole for those relying on their expertise in software. I think creative thinking and artistic ability will eventually be what is needed almost exclusively to work in this field.”

Another option is of course to apply for work at a studio focused on architectural visualisation, like Beauty & The Bit.

When asked what advice he has for artists, Victor Bonafonte said: “Just follow your intuition, don’t form an opinion of your work based on other people’s comments. Commenting and criticising is easy and cheap, but having the guts to do something, that’s a whole different thing.”

He continues: “Keep reinventing yourself, it’s a unique way to grow as an artist. Work your ass off, be self-critical with what you do, and have some fun. Don’t just chase money, it makes living easier but don’t be exclusively focused on it. Chase excellence, chase quality, and chase beauty in what you do.”

This article was originally published in issue 246 of 3D World, the world’s best-selling magazine for CG artists. Buy issue 246 or subscribe to 3D World.