India, and it’s 1.4 billion citizens, has become the next key battleground for social media apps and tools, with all platforms now looking for ways to tap into the emerging Indian marketplace, where internet adoption is rising fast.

Indeed, Facebook now has more users in India than it does in the US, while the nation is also the second biggest market for LinkedIn (behind the US) and the third largest for Instagram. And with only around 25% of Indian adults connected to the web, and India emerging as the world’s second-biggest smartphone market, the potential, over time, is major.

Which is why this new move from Facebook comes as little surprise.

The Social Network has this week announced that it has acquired Indian social commerce market Meesho in order to further expand its presence in the rising Indian market. 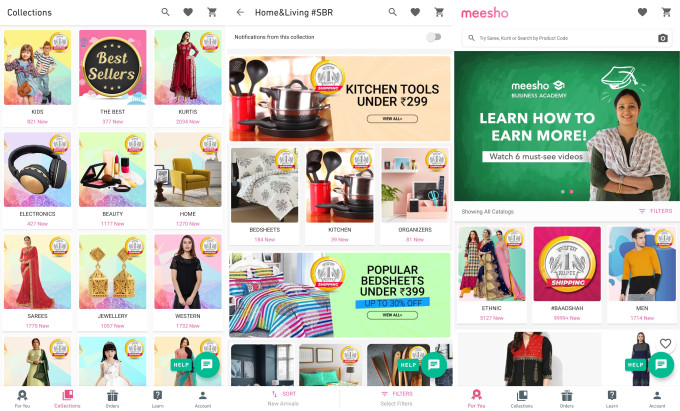 As reported by TechCrunch:

“Meesho is an online marketplace that connects sellers with customers on social media platforms such as WhatsApp. The four-year-old startup claims to have a network of more than 2 million resellers who largely deal with apparel, home appliances and electronics items.”

The acquisition will enable Facebook to better connect with eCommerce opportunities in the region – which could become increasingly important as Facebook also seeks to roll out its GlobalCoin cryptocurrency – initially focused on funds transfers in the Indian market – in the coming months.

If Facebook’s on-platform payment process works, the company could quickly build its own, on-platform marketplace, and become an essential utility for connecting Indian users with quick and easy payments in varying forms. That could then be extended to purchases, with a platform like Meesho facilitating on-platform buying and selling via GlobalCoin, helping to fuel the next big shift for Zuck and Co.

Definitely, Facebook’s GlobalCoin has applications in all regions, but if Facebook can make it a key element within the Indian marketplace, that will be a huge win, and will provide a huge boost for the currency and Facebook’s on-platform network moving forward

And what’s more, according to TechCrunch, Facebook is also open to exploring additional investment in other startups which are building unique solutions for the Indian market.

If you’re wondering why new social platform features are being rolled out to Indian users first, this is why, and you can expect to see more focus on India moving forward as each platform seeks to build on its presence and maximize potential with these incoming web users.