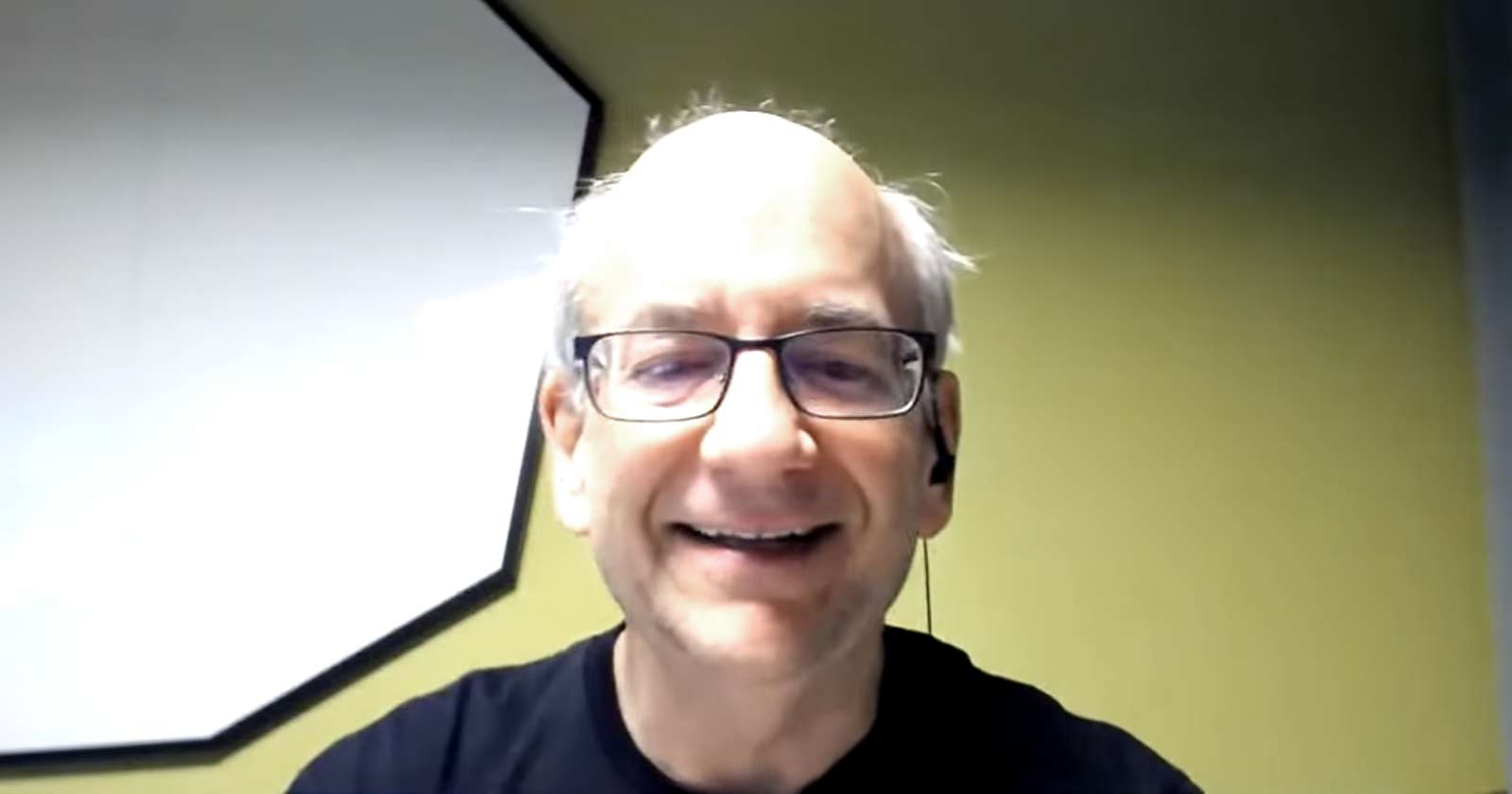 Google’s John Mueller was asked in a Webmaster Hangout what to do if a site is suffering a traffic loss due to Google’s June 2019 broad core algorithm update. John Mueller’s answer provided insights into understanding what is happening.

Then Mueller provided hope that Google may offer further guidance on what to do.

The person making the question states they’re a news publisher. They ask that because they deal in content, that it may be that the core update issue for them is content related.

Here is the question:

“We’re a news publisher website, primarily focusing on the business finance vertical. we probably have been impacted by the June Core Update as we’ve seen a drastic traffic drop from the June 1st week.

Agreed that the update specifies that there are no fixes and no major changes that need to be made to lower the impact.

But for a publisher whose core area is content news, doesn’t it signal that it’s probably the content, the quality or the quantity which triggered Google’s algorithm to lower down the quality signal of the content being put up on the website which could have led to a drop of traffic? “

“…it would really help if Google could come out and share some advice to webmasters and websites.

Not site specific, but category or vertical specific at least on how to take corrective measures and actions to mitigate the impact of core updates.

It would go a long way in helping websites who are now clueless as to what impacted them.” 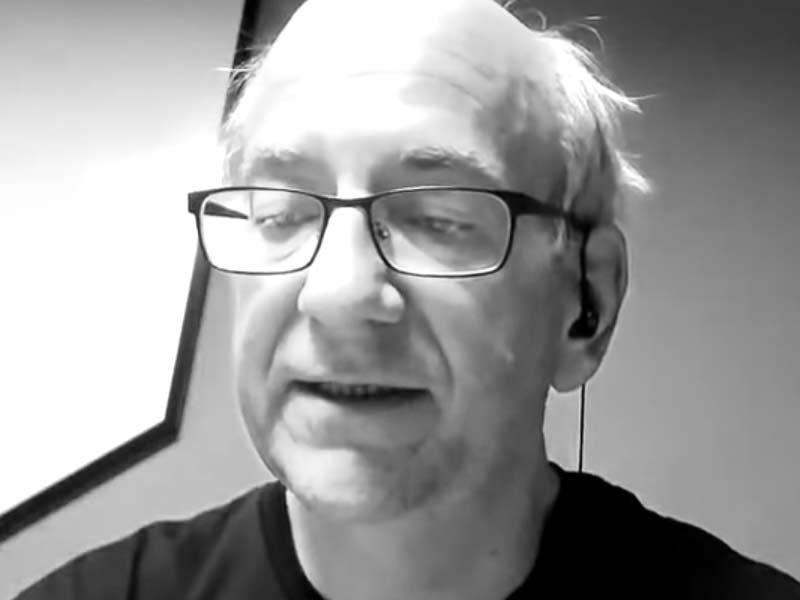 ” width=”800″>Google’s John Mueller was asked how to recover from a Google broad core algorithm update.

Why Nothing to Fix

John Mueller did not suggest fixing anything specific. He explained that the reason there’s nothing specific to fix is because a core update encompasses a broader range of factors.

“I think it’s a bit tricky because we’re not focusing on something very specific where we’d say like for example when we rolled out the speed update.

That was something where we could talk about specifically, this is how we’re using mobile speed and this is how it affects your website, therefore you should focus on speed as well.”

John Mueller then discussed the core updates within the context of relevance and quality updates. He did not say that core algo updates were specifically just about relevance or just about quality. He seemed to mention those to aspects as a way to show how these kinds of updates do not have specific fixes.

Here is how John Mueller explained it:

“With a lot of the relevance updates, a lot of the kind of quality updates, the core updates that we make, there is no specific thing where we’d be able to say you did this and you should have done that and therefore we’re showing things differently.”

John Mueller then explained, as an example, of how changes that are external to a website could impact how Google ranks websites.

This is what he said:

“Sometimes the web just evolved. Sometimes what users expect evolves and similarly, sometimes our algorithms are, the way that we try to determine relevance, they evolve as well.”

That may be the most a Googler has said so far to explain about core algorithm updates.

It follows along with what I’ve been saying, that factors like how Google determines what it means for a page to be relevant to a user can change. Some continue to focus on “quality” issues, fixing things like missing biographies, too much advertising on a page, but that kind of advice ignores relevance issues.

John mentions quality, but he also mentioned how users and the web evolve. That’s not a quality issue. Those are factors that are external to a website that need to be considered.

John Mueller related that there aren’t specific things to fix. But he suggested that it may be useful to understand how users see your site, how useful your site is to users.

“And with that, like you mentioned, you’ve probably seen the tweets from Search Liaison, there’s often nothing explicit that you can do to kind of change that.

What we do have is an older blog post from Amit Singhal which covers a lot of questions that you can ask yourself, about the quality of your website. That’s something I always recommend going through. , That’s something that I would also go through with people who are not associated with your website.”

John Mueller may have been citing a Webmaster Central blog post from 2011 titled, More Guidance on Building High-quality Sites

In it, the author provides a large number of questions a site owner should ask themselves about their content.

Here is a sample of the kinds of questions Google suggests you should ask yourself:

Ask a Third Party For a Critique

John Mueller then suggested that a third party that is unfamiliar with your site may be able to see issues that are not apparent to you.

All of these things play a small role and it’s not so much that there’s any technical thing that you can change in your line of HTML or server setting.

It’s more about the overall picture where users nowadays would look at it and say, well I don’t know if this is as relevant as it used to be because these vague things that I might be thinking about.

So that’s where I’d really try to get people who are un-associated with your website to give you feedback on that.”

John Mueller suggested asking in web communities, including the Webmaster Help Forums, to see how others see your site, if they could spot problems.

One issue with that is that every community have specific points of views that sometimes don’t allow them to get past their biases to see what the real problem is. That’s not a criticism but an observation on the nature of opinions is that they tend to vary.

Here’s what he said:

“…you can talk with other people who’ve seen a lot of websites and who can look at your websites and say well, I don’t know the layout looks outdated or the authors are people that nobody knows or you have stock photos images of instead of author photos. It’s like, why do you have that?

All of these things are not explicit elements that our algorithms would be trying to pinpoint but rather things that kind of combine to create a bigger picture.”

That’s good advice. Familiarity does make a person unable to identify what the problems are in a website.

I know from experience that it’s not uncommon for a site owner who comes to me for help with their site is sometimes surprised that their site contains problems with their content, is outdated in some way or has room for improvement in the way the content is written.

Sometimes they intuit that something is wrong but they can’t see it. I once had a site owner come to me with a negative SEO problem but the feedback I received directly from Google was that they were suffering from content issues related to Google’s Panda algorithm.

It was a shock for them to hear that their content was bad. But having it confirmed by Google made them better able to see that yes, there were problems with the content.

John Mueller appeared to be moved by the situation experienced by the web publisher. He offered more advice and insight into core algorithm updates than has previously offered and it went beyond the “nothing to fix” advice that, while true, is still felt to be unsatisfactory by many in the web community.

Mueller then offered hope by suggesting he would inquire about providing additional guidance for web publishers.

“I know a lot people have been asking for more advice, more specific advice so maybe there’s something that we can put together. We’ll see what we can do internally to put out a newer version of a blog post or kind of provide some more general information about some of the changes we’ve been thinking about there.”

The important takeaways are to be able to step back and see the big picture, which means:

Some issues are external to the website. For example, many fashion brands no longer publish blogs. An SEO recently attributed that to a failure in the content strategy. But that’s missing the big picture. The reason many fashion brands no longer publish blog posts is because users don’t consume that kind of content. They consume content on Instagram, Facebook, Twitter and other social media websites.

That’s an example of how users evolve and how it’s not a problem with your site, but rather a change in user habits that may be reflected in the kinds of pages that Google shows in the search results.

A website that focuses too much on keywords and not enough on providing quick information to users who need it quickly and deep information to users who need depth, may find that Google’s algorithms no longer favor them. Not because your site is broken and needs fixing. But because it does not solve the problem for the user in the way Google has determined users want them solved.

Takeaway: Have a Third Party Review Your Site

Lastly, it may be helpful to have a fresh set of eyes review your website. If that doesn’t provide insights, then someone with experience diagnosing relevance issues may be useful.

Read: What is a Broad Core Algorithm Update?

Screenshots by Author, Modified by Author