How to add animation to SVG with CSS

How to add animation to SVG with CSS 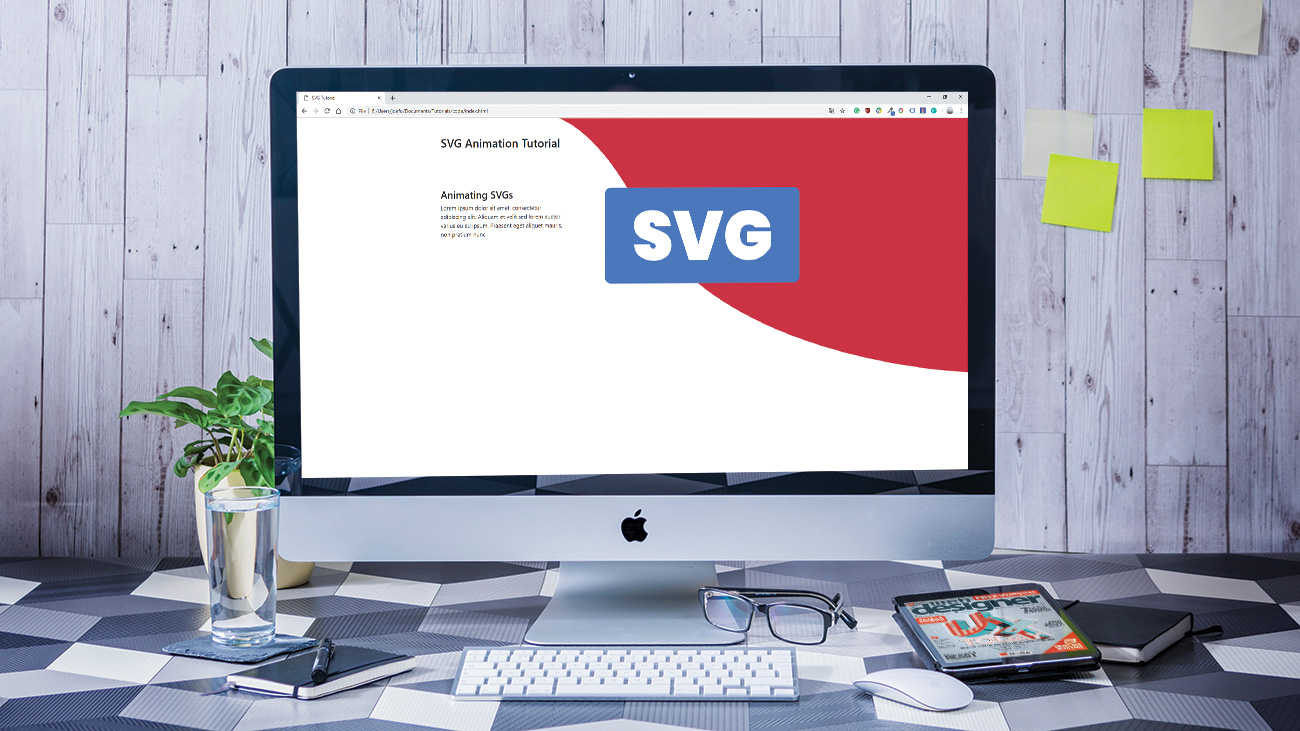 When it comes to animating with SVGs, one major turn-off can be the idea of getting bogged down in JavaScript libraries. However, this doesn’t have to be the case. CSS can handle selecting individual paths within an SVG to create effects. Just knowing the basics can mean that it’s possible to turn flat, cliched icons into something a little more impressive. So perhaps it’s time to run through the fundamental steps of SVG optimisation and animation. When integrated into different designs, it doesn’t take long to realise that the possibilities are endless.

For more motion inspiration, take a look at Creative Bloq’s guide to CSS animation examples and how to code them.

First, create an SVG to work with. For this tutorial, we will be using a simple graphic made in Illustrator. When using Illustrator to export an SVG reduce the size of the artboard to fit the graphic, then click ‘Save As’. Select SVG from the ‘save as type’ dropdown menu, then ‘SVG code…’ on the SVG Options dialogue.

02. Optimise for the web

Cutting out unnecessary tags will make the image easier to deal with. This can be done manually by copying the code to your favourite editor and removing empty tags and metadata. Alternatively, a fantastic resource called SVGOMG will do this automatically. Paste the code into the ‘Paste markup’ area on the SVGOMG interface, then copy the image again using the button on the bottom right.

Open your code editor of choice and set up a blank HTML document. We will write the CSS animation in a file called main.css, so create this too. To keep things focused on the animation, we’ve pulled in the CSS-only version of Bootstrap 4.1.3.

Let’s build the bones of our layout and make a space for our SVG. We’ve added a header and two columns: one on the left for some text, and one on the right, which will hold the SVG that we’ll be animating. To liven the page up, use a second, static, SVG as a background on the body tag.

We’re using our animation to make the introduction at the top of the page more interesting. Paste the optimised SVG code into the second column on the page. If using bootstrap, give the SVG the class img-fluid to make sure it scales on mobiles.

Adding classes to the SVG allows CSS to select the individual shapes within the image. This means you can animate different shapes of the image at different times, creating a more complex effect.

Selecting our SVG elements in CSS is the same as any other element. We use our classes to select those elements within the SVG. Both parts of our SVG will start as hidden when the page loads, so let’s use CSS to set both element’s opacity to 0.

We need to declare the name and keyframes for each animation so that CSS knows what we want to do when we ask it to perform an effect. I’ve chosen textDraw and rectFade, as they describe each animation. rectFade will be a simple two-step animation. textDraw will have an extra middle step.

We add the rectFade animation to the rectBackground element and give it a duration of one second. An easeOut cubic bezier is being used to give it a smoother feel. We add forwards so the element keeps the properties of the last keyframe when the animation ends.

With just two keyframes, all we need to do for our rectangle is set a start and finish set of attributes. Let’s start with a 1% width and finish on 100% to give an ‘expanding to the right effect’. We can also set opacity: 1 to the last keyframe so the shape fades in at the same time.

We’re going to create a line-draw effect on our text then use a fill to fade in. To set up the text animation we give it our textDraw with a four second duration. The cubic bezier has been modified on this step to give it a slightly different pace of movement.

To get our line drawing effect we will use the stroke-dasharray and stroke-dashoffset parameters. Your values will be different to mine depending on the SVG you are using. To find your value, use your preferred developer tools and increase stroke-dasharray from 0 until the entire shape is covered by one stroke.

Now we have our one very large stroke that covers the entire text path, let’s offset it by its own length to effectively push it away. Using stroke-dashoffset for the same value as our dasharray should do it. Let’s set this in our first keyframe. We’ll also make the shape fill transparent and set the stroke to white if it isn’t already.

Our middle keyframe appears at 40% through the animation. We bring the stroke-dashoffset back to zero so the dash covers the entire path. We can re-add the transparent fill at this stage to make sure the fill only appears once the drawing is complete.

For the last part of the animation, we will fill the shape in white. All we need to do for the last keyframe is raise the alpha value of the fill colour. This creates the fade-in effect of the fill.