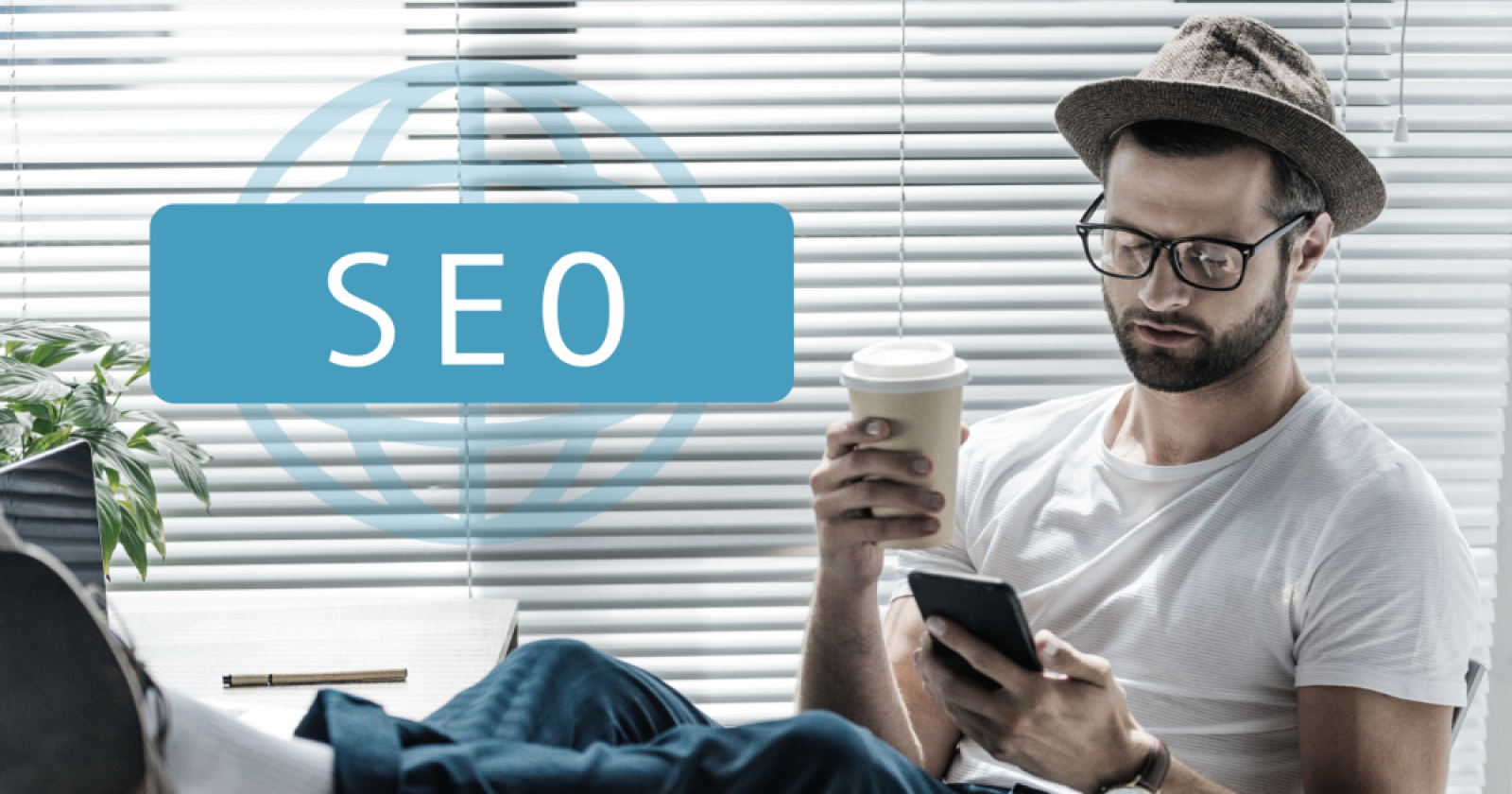 If you have been in the SEO industry for any length of time, you know there is a definitive line drawn in the industry sand.

On one side are black hats.

On the other? White (or gray) hats.

Nothing can draw a group of SEO professionals into a debate faster than mentioning to the other side that your way is better.

But when we talk about the multiple “hats of SEO,” just what are we talking about?

Hats. Hats. All the Hats.

First, let’s make sure we’re all on the same page: the types of “hats” in SEO are neither good or bad.

Hats simply represent philosophies used by SEO professionals and how closely the tactics they use follow Google’s Webmaster Guidelines.

You are free to choose which hat you think works best. 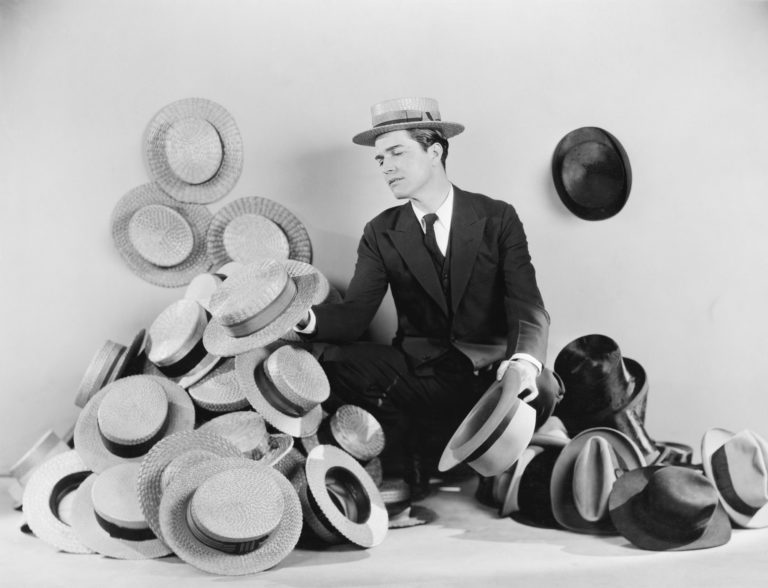 Well except for “asshats,” but we’ll get to that later.

The color of an SEO “hat” is just an indicator of what tactics you use to rank sites. Nothing more.

Do you 100% follow Google’s Webmaster Guidelines, playing only within their rules to get your site to the top spot in Google?

Then you practice white hat SEO. You wear a “white hat.” “White hats do everything Google tells them to and play within Google’s rules (the Webmaster Guidelines). They are simple unimaginative people who can never rank as well as a Black Hat” – or at least that is what a black hatter might tell you.

However, this is not true.

White hats just love to play inside the rules of the algorithms.

They want to be far from the long arm of Google’s penalty team and their manual actions.

White hats love the challenge of playing within Google’s Webmaster Guidelines and getting big wins.

And, as any white hat can tell you, when you get those wins, those wins stick around – even if you stop doing the work.

Now, getting those wins usually takes longer for a white hat than it will a black hat, but once there the white hat SEO reaps the rewards of their work the gains aren’t usually going anywhere any time soon.

That is not necessarily true for black hat SEO methods.

Because white hat SEO is not going to be penalized by Google. Once rewarded by an update, it is not likely that will go away unless changes are made that affect those ranking factors.

Now, this does not mean it is better. Again, white hat is simply an SEO philosophy.

But, if done well, white hat SEO is at little risk of getting “hit” by a Google update or a manual action. This makes it much safer philosophy in general.

Is anyone really always pure white hat? Are there SEO professionals who follow Google’s rules 100% of the time?

In reality, virtually no one is really a white hat.

All effective “white hats” typically wear a hat that is some shade of grey. Some a little lighter or darker than others. These are known as “gray hats.”

Let’s be real. Nobody who is successfully ranking their sites is a pure white hat, according to Google’s rules.

If you were, it would mean you do nothing to attract links and you would simply wait for those to naturally arrive because Google’s rules say so. 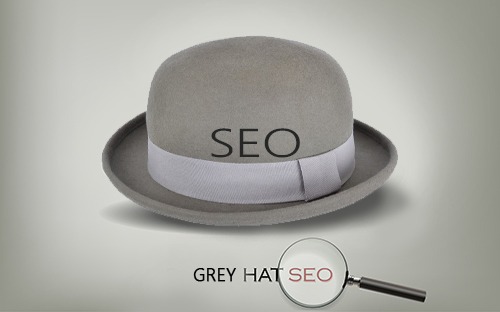 ” width=”500″>
“Any links intended to manipulate PageRank or a site’s ranking in Google search results may be considered part of a link scheme and a violation of Google’s Webmaster Guidelines.”

The issue is, if SEO pros followed that suggestion, well nothing we did would rank competitively for years because that is how long it would take to have enough links to rank properly and most no companies have that kind of time to wait for rankings and traffic.

So to get rankings, an SEO professional will have to help the site content acquire links.

The minute you do something to attract or acquire links, you are no longer a white hat.

So, most people in SEO who say they are “white hat” are really playing in shades of gray.

Now, being gray hat doesn’t mean the person is a “black hat,” either.

Generally speaking, a gray hat won’t buy links from link sellers like black hat might, but they will try to amplify their content specifically to get links or they will find placements on legitimate sites willing to place their links.

Once an SEO has crossed this line, they are no longer purely white hat.

Yet, except for link acquisition, for the most part gray hat SEO pros do follow the rules Google has laid out. This is not the same for someone who uses black hat tactics.

Do you look for ways around Google’s guidelines to quickly position your sites?

Do you buy links?

Do you look for ways to get the algorithms to boost your site, outside of Google’s guidelines? 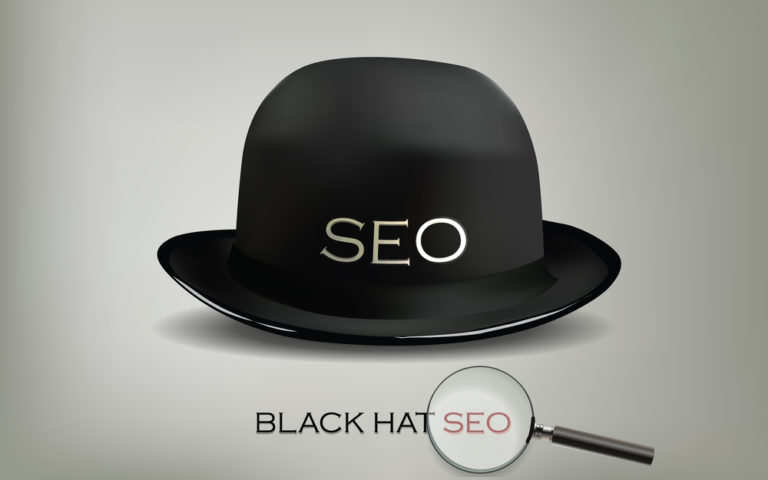 “Black hats are unethical. Black hats manipulate the search results and sites have to fight for placements against people that are just breaking the rules. Black hats aren’t SEO professionals, they just create SPAM.”

Well, at least that is how you will hear some white hat SEO folks describe the black hats.

But is this fair?

Do you know what black hats will tell you about that “SPAM”? It is just a “Site Positioned Above Mine” and you are jealous.

Black hats are SEO practitioners, too. Black hat is just a tactic they use that falls outside of Google’s Webmaster Guidelines in order to rank sites.

This is not without controversy, though.

Why is it controversial?

Because black hat techniques go against Google’s Webmaster Guidelines. They can get a site hit with a Google “penalty”, which means that site might fall off an algorithmic cliff – literally overnight.

So unlike white hat SEO, there is an ethics component to black hat SEO.

Most people of all colored hats agree that you must tell your client about all the risks of using these strategies.

Meaning, black hat is a perfectly legitimate strategy – as long as the client knows what could happen when implemented.

Another reason for the controversial nature of black hat SEO?

Some mistake black hats for hackers. While, by definition, a black hat is breaking Google’s rules, they are not breaking any laws – unlike many hackers.

Black hats just use a different set of SEO tactics to get their sites ranked. Just ones that Google doesn’t like. Not ones that have men in black showing up at your door for a chat.

There are people who use SEO and hacking to promote their sites or attack competitors, but that is not in the scope of this discussion and not a strictly black hat SEO technique.

Although people who use black hat SEO techniques are often criticized and looked down on, due to the risks involved, there are times when a black hat approach might even be preferred to a white hat strategy.

Let’s say a client needs to rank a site for the Thanksgiving and Christmas holidays, but they don’t come you until a few weeks before.

As a white hat, you would have to tell that client that you are sorry, but you cannot get a site to rank that quickly.

However, the black hat will tell you – sure! No problem. I will have you there before Thanksgiving!

So the black hat will build a microsite and get it ranking to help the company grab some of that holiday cash.

Just like white hats, black hats have their place in the SEO ecosystem as well.

“Asshat” SEO is the real issue.

Black hat is risky. Risking other people’s livelihoods on it, even when informed, is where lines usually need to be drawn.

If you are using these tactics ethically, you must tell the client that you are using strategies that could get them a manual action, and one that could take months to recover from if the site was penalized.

Another ethical question if you are a Black Hat and using high-risk tactics on a client’s bread and butter site, is that site covering payroll for a company’s employees?

If it is, then you have to ask yourself is this okay to put them in a risky position even if they are informed?

Many would say, no.

It is not okay to risk a client’s bread and butter site for rankings. If people’s jobs are dependent on that site, then that site should not be used for Black Hat SEO.

Even the best Black Hat can make a mistake or get caught by an unexpected update or manual action. So Black Hat techniques should be reserved for microsites or other web platforms not dependent on the main cash register site.

Same goes for someone who claims to do White Hat SEO just for the money without being competent in SEO. You can damage a site just as badly by doing White Hat SEO poorly as you can by doing Black Hat.

So what is an Asshat SEO?

If you are not good at SEO whether black or white yet do it for the money, are a Black Hat SEO and do not inform the client of the risks, or endanger your client’s main cash register site even when they know the risks – you’re what might be called an Asshat SEO.

Disregarding the potential damage to the people on the other end of the site isn’t being a risk taker, it is being careless with others livelihoods and that can never be okay.

Never Be This SEO

No one should ever lose their job because the SEO jeopardized the client site because, in the end, we are there to protect the company, not hurt it.

We stand between a client hiring people or firing people. Though sometimes it is out of our control, SEO professionals should never be the reason for the latter, if they can help it.

In the end, wear whatever color SEO hat you want. Black, white, gray – it doesn’t matter.

Just don’t be an asshat SEO, where someone can’t pay their rent tomorrow because of something you did yesterday.