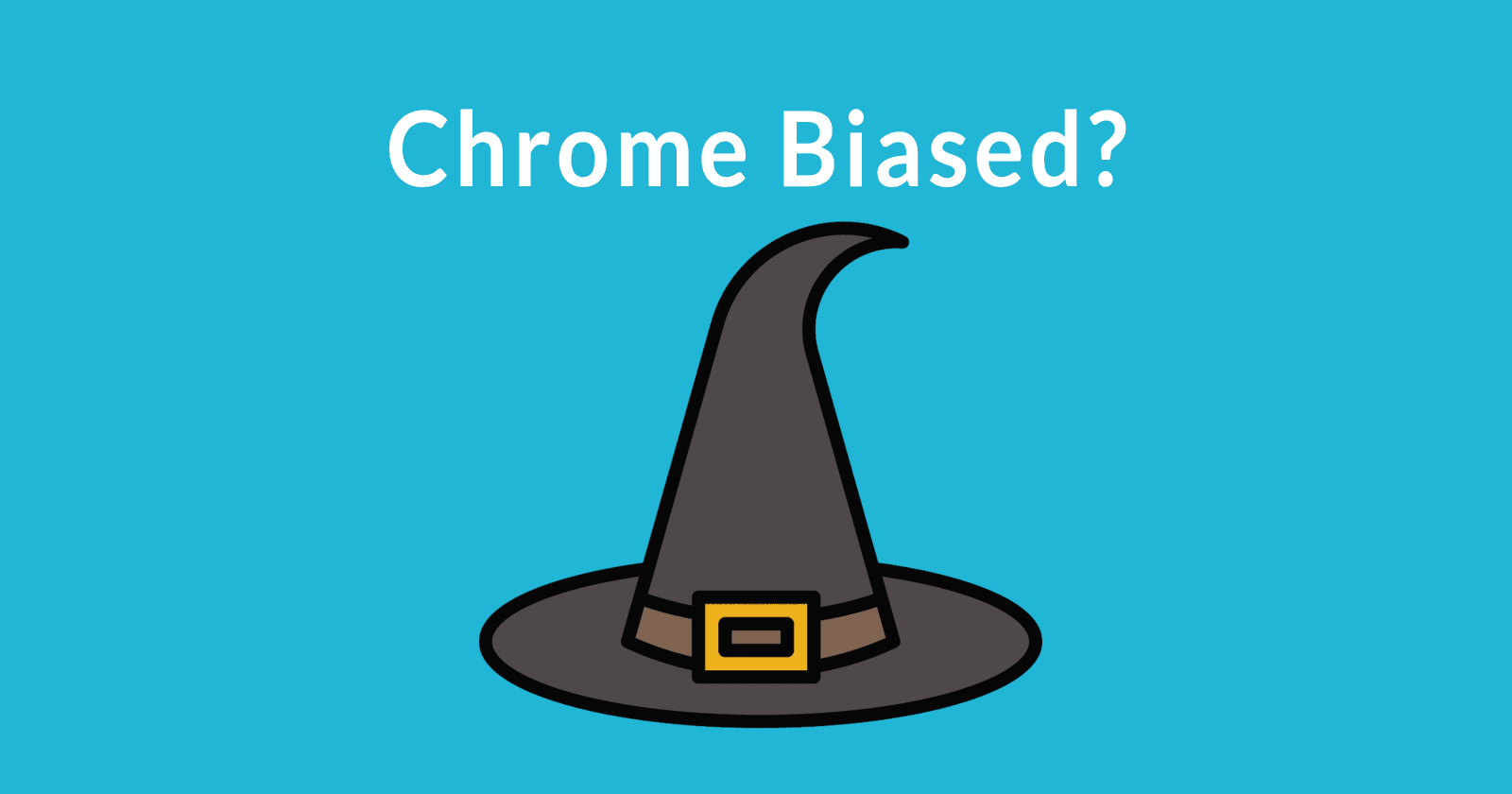 Google announced two security features intended to make browsing safer. One blocks access to suspicious websites. The other flags virtually any site visited as being suspicious. Unless your site is a big brand website, it likely flags your site as suspicious, too.

A false positive is a mistaken result, like when an algorithm mistakenly identifies a normal site as a spam site. That’s called a false positive.

The new Chrome suspicious site extension is so aggressive that it even flagged the official announcement of the browser extension with two warnings: 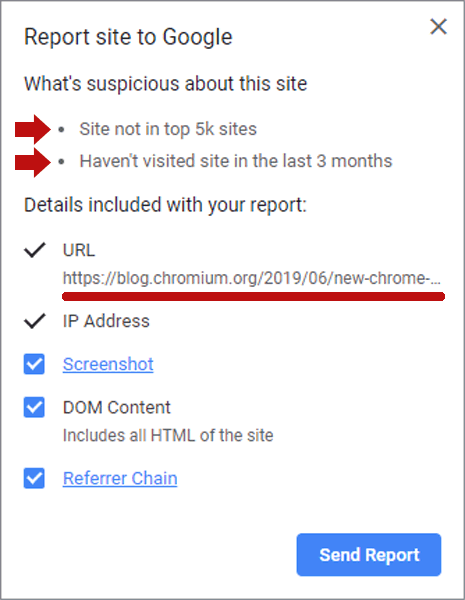 ” width=”465″>Chrome’s Suspicious Site Reporter extension is so aggressive it even flagged the official Chrome blog post announcing that announced the extension.

The Chrome Suspicious Site Reporter extension is biased in favor of big brand websites, as long as they are in the top 5,000 websites, according to Chrome.

But even being a big brand is not entirely enough to escape a flag of suspicion.

If a user hasn’t visited a site within the last three months, then even a big brand will receive a flag. 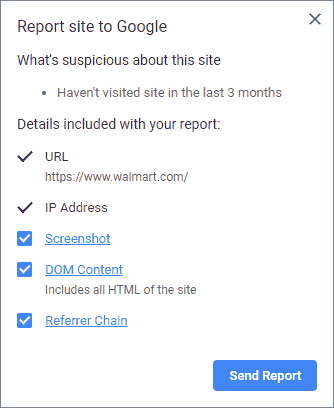 Below is a screenshot of a flag given to Mozilla, creators of the competing Firefox browser. The Chrome extension flagged Mozilla as suspicious because I hadn’t visited the site within the last three months. 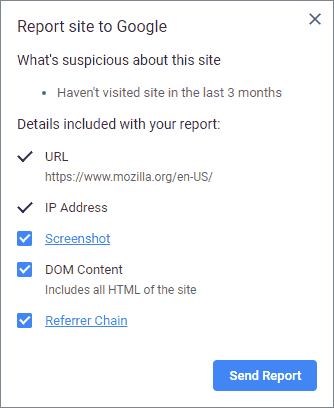 The Suspicious Site Reporter extension will automatically flag all small websites. Only big brand websites that are among the top 5,000 sites get a pass. Everyone else will get flagged as suspicious.

If your website is not among the top 5,000 websites on the entire Internet, the Chrome browser extension will flag your site as suspicious. That’s a defacto bias against small business websites, affiliate sites, and literally most sites on the Internet. 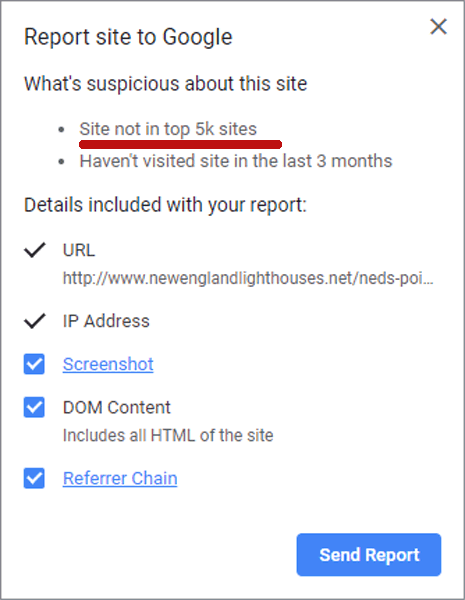 Here is how Chrome describes the extension:

“With the Suspicious Site Reporter extension, you’ll see an icon when you’re on a potentially suspicious site, and more information about why the site is suspicious. Click the icon to report unsafe sites to Safe Browsing for further evaluation.”

This is where you can install the Suspicious Site Reporter Extension. Install it then check if the extension flags your sites as suspicious.

This new Chrome extension seems to do the same thing.  It identifies innocent websites as suspicious.  This raises the possibility that some people will unintentionally believe that there is something wrong with an otherwise perfectly fine website.