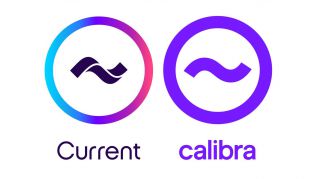 Current, which calls itself ‘the bank for modern life’ posted a cutting tweet last week of its logo next to Calibra’s, with the comment: “This is what happens when you only have 1 crayon left.”

Perhaps the designers could have benefited from reading our guide to logo design.

this is what happens when you only have 1 crayon left pic.twitter.com/2JY5JfesQDJune 19, 2019

So was this an honest mistake?

That’s where the plot thickens. Current’s logo was designed by San Francisco design firm, Character. And Stuart Sopp, CEO of Current, told CNBC that Character also created the logo for Facebook’s Calibra. The co-founder of Character also posted on LinkedIn about working on a secret crypto project with Facebook – the post has since been deleted.

“We put six months of hard work into this with that design firm, which they basically reused for Facebook without changing much,” Sopp told CNBC. “Facebook is a big company that should have done their due diligence on this.”

According to CNBC, Current has asked a law firm, Goodwin Procter, to determine if it has a trademark or patent infringement case.

Will this copyright case have much impact on the social media giant and its plans for financial domination? We can’t help but doubt it. Although one Twitter user has proposed an alternative logo, just in case Facebook is looking:

Just in case if you are looking for a different logo for your cryptocurrency project @facebook #Calibra pic.twitter.com/bC3Ch7zqajJune 22, 2019