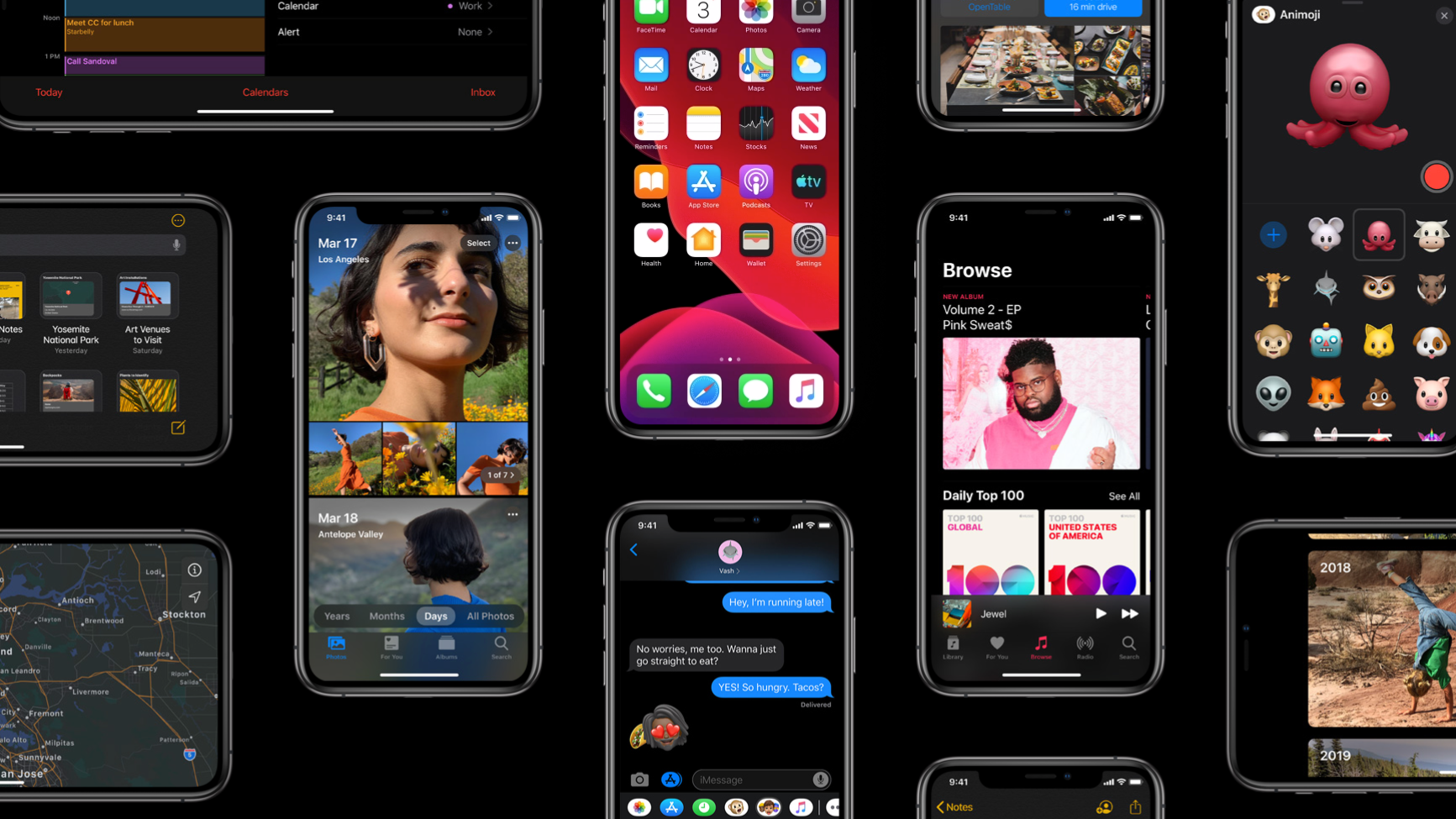 If you’ve got an iPhone, there are some exciting upgrades coming your way. That’s because Apple has revealed what we can expect from iOS 13, which is due to launch this autumn.

And with Apple’s mobile devices already dominating the landscape, helped in no small part by the best iPhone apps for designers, it looks like they’re set to become a portable creative powerhouse when iOS 13 rolls out.

So what’s in store with iOS 13? Apple recently released details of what users can expect, and we’ve rounded up the top features we think you’ll be excited about.

It’s no secret that the iPhone is home to some of the best photo editing apps around. However with iOS 13 it looks like creatives will have even more editorial control over their snaps with the Portrait Lighting Control.

This feature will give users the ability to “virtually adjust the position and intensity of each Portrait Lighting effect”, according to Apple’s press release. The upshot of this is that you’ll be able to sharpen eyes or brighten other facial features with ease. And with a monochromatic effect, you can create black and white masterpieces.

Smartphones have revolutionised the way we take and store photos, but this also means users have to sift through stacks of snaps to find that perfect picture they want to share with their friends.

This is where the all new Photos tab comes in. The tool has been completely redesigned with the help of machine-learning to intelligently hide similar photos. With less digital clutter kicking around on your device, your image library will be more straightforward to navigate.

On top of this, a new curated view will surface your best pictures to help you relive your most treasured memories.

The fun doesn’t end there for image editors. With a new video editing tool, you can apply practically all of the tools and effects you use on your photos onto your footage. It’s so simple that with a few taps of your screen you finally edit and rotate videos and bring your directorial vision to life.

If you’re used to using Instagram’s image editing tools (and who isn’t), the redesigned iOS 13 image editing features will look familiar. With the help of sliders for brightness, contrast and saturation, the way you tweak photos on iOS 13 looks set to get much more intuitive.

Here’s a welcome accessibility upgrade. With iOS 13, users will be able to control their device entirely by voice alone.

We’ve already seen how Apple is keen to shake up how people interact with its devices, even going so far as to patent hover-based gestures. But this upcoming voice control feature could provide an even bigger benefit for users who would otherwise struggle to interact with a smartphone. Watch it in action with the video above.

With iOS 13, fonts are due to get a whole lot more personal. That’s because users will be able to install custom fonts and use them in their favourite apps. They’ll even be easy to find and install because they’ll all be available from the App Store.

And if you want to manage what you’ve installed, just tap settings to flick through your fonts. Basically, if you’ve got something to say in a project document, you’ll soon be able to spell it out in the font of your choice.

And this is just the tip of the iceberg .For a complete look of what to expect from iOS 13, head on over to Apple’s preview page. And if this list has whetted your appetite for a new device, check out our guide to the best smartphones in 2019 for creatives on the move.