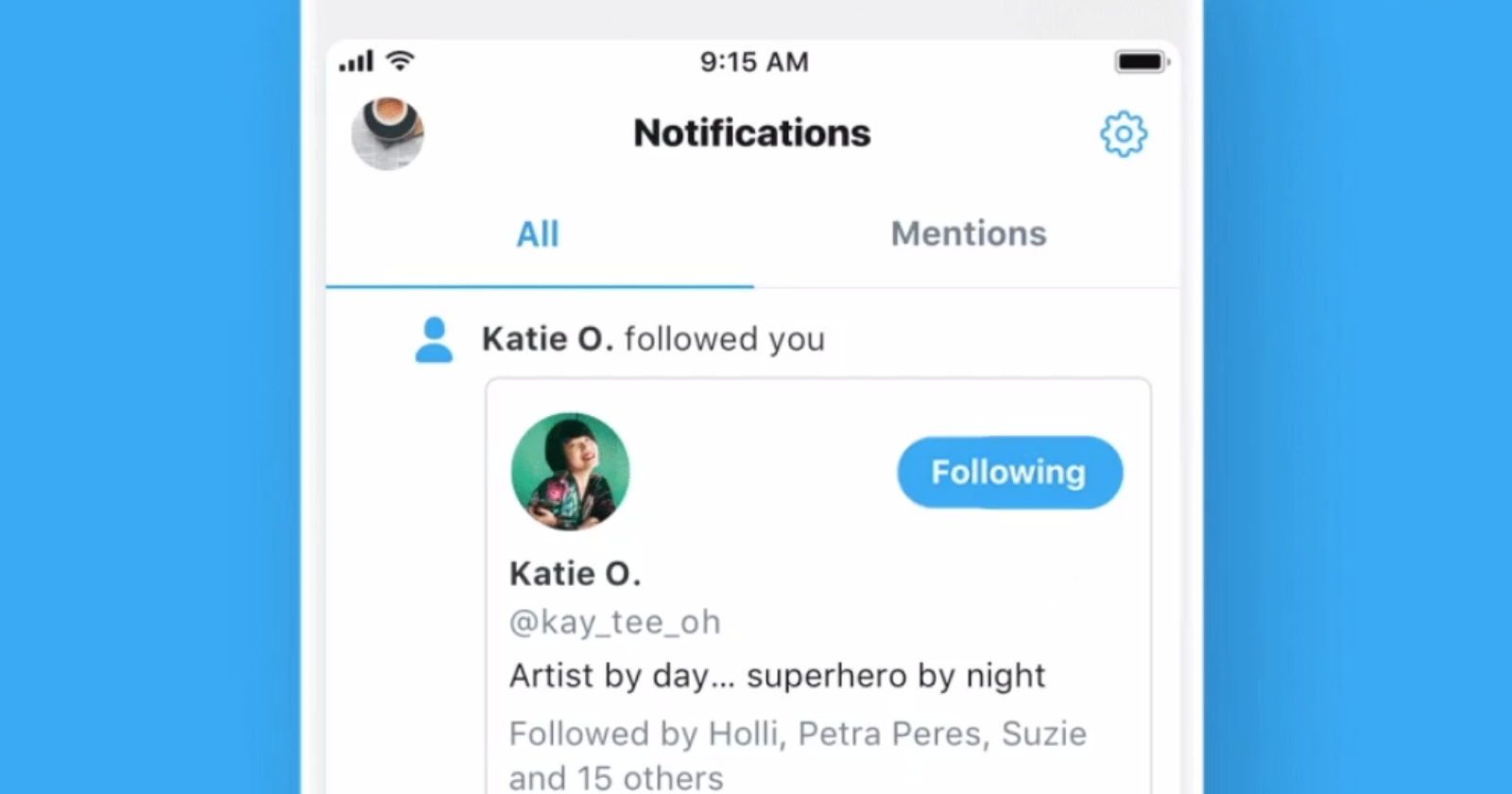 Twitter will show profiles of new followers in the notifications tab, letting users easily learn more about who’s following them.

In addition, users can follow other users directly from the notification screen.

Just got a new follower? Starting today, we’ll show their profile in your notifications. Wanna follow them back? Just tap that follow back, girl. pic.twitter.com/VlFTiV15ea

Previously, Twitter would display a notification with a simple message saying “[User’s name] followed you.”

From there, you could view the user’s profile if you wanted to, or just get on with your day and possibly miss out on a valuable connection.

Now you can immediately see the profile picture of who’s following you, read their bio, and see if they’re followed by anyone who you also follow.

No more missed connections on Twitter, provided you regularly check your notifications tab.

Twitter has been testing different ways to view user bios since this past February.

The first test involved making it easier to access user bios by displaying them in a pop-over window when a username is tapped on.

It appears Twitter decided not to go forward with that feature, as user bios still open in a new screen just as they always have.

Not giving up after the first test, Twitter is still on a quest to help users build more connections. This time the change is permanent and not a trial feature.