On the same day as Facebook received a record $5 billion fine from the FTC for data privacy violations, The Social Network has posted a $16 billion revenue result for Q2 2019, along with yet another increase in active users.

Here’s a breakdown of the numbers.

First off, on active users – Facebook is now up to 2.4 billion monthly actives, with its most significant audience growth once again coming in the Asia Pacific region.

In particular, Facebook has seen major usage growth in India of late. Since 2015, The Social Network has doubled its Indian audience base to more than 300 million, which it’s looking to expand even further with its Libra cryptocurrency, which, reportedly, is specifically focused on functionality designed to maximize appeal in the Indian market. 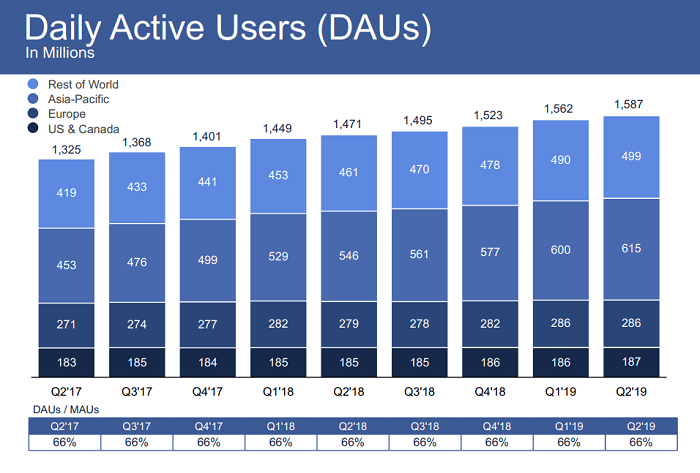 But then again, as we’ve reported previously, those overall growth stats could mask a larger issue, in that Facebook is reportedly seeing less usage overall, despite people still logging onto the platform at similar rates.

As reported by The Information, Facebook’s internal data science team has determined that, unless Facebook can slow the trend of users posting more often to Instagram, WhatsApp and Messenger, the company’s main app could eventually face an existential crisis, with social sharing levels to reach a ‘tipping point’ at which Facebook will be on a path to obsolescence.

Of course, Facebook owns those three platforms as well, so it still wins out, though its advertising systems are not as advanced on its other properties.

That said, Facebook has included a note on overall users across its ‘Family of Apps’ within its Q2 update:

For context, the population of the world is 7.7 billion, and some 50% of them have no access to the internet. That frames the scale of Facebook’s global dominance. 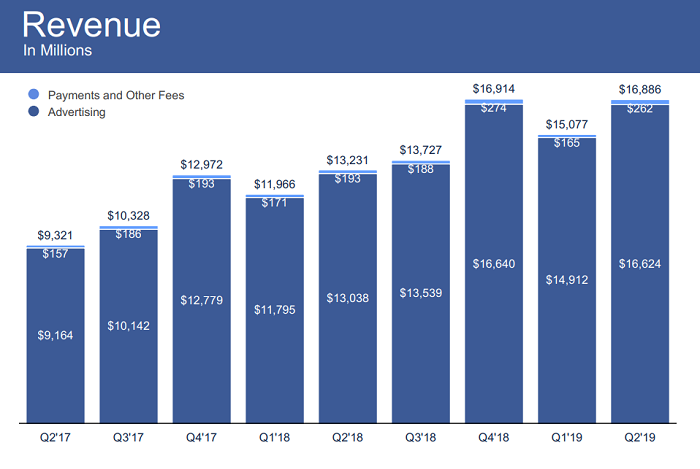 Facebook is generating more money than ever – and despite concerns around data misuse and security, it shows no sign of slowing. There is the aforementioned longer-term issue with transitioning revenue generation to its other platforms to counter any potential declines in its main app, but Facebook is in a strong position to address such, and to ensure that its business operations expand in time with such shifts.

And also worth considering – while Facebook still generates the majority of its income from North America and Europe, it still has plenty of potential in the growing Asia Pacific market. 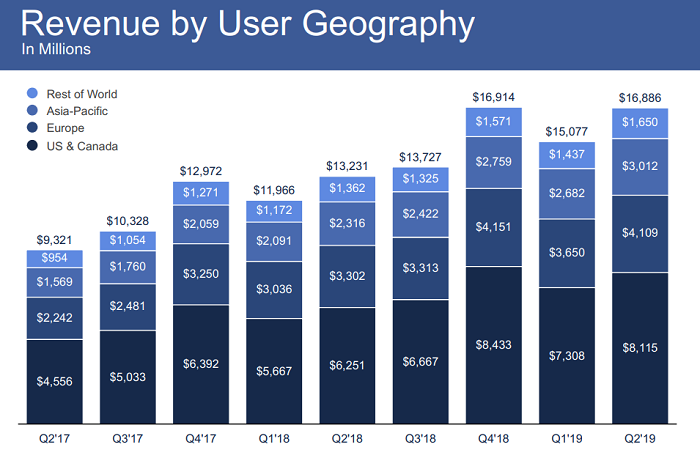 And it is seeing steady increases in such – as you can see here, while Facebook’s average revenue per user numbers are quite high, comparatively, in its established markets, it’s still only just starting out, effectively, in the Asia Pacific. 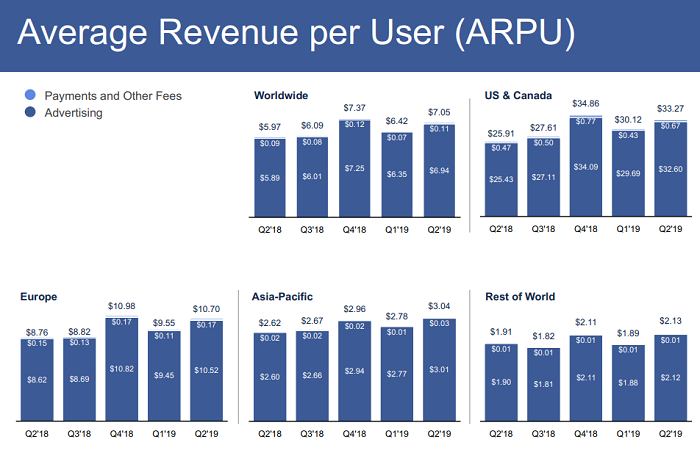 That likely suggests that, even if Facebook does see a drop-off in its main areas of business, it will still be able to continue its growth momentum in new areas. Overall, a decline in Facebook usage is a negative, but Zuck and Co. will have the time and space to correct for any such dips.

It’s another solid report from Facebook, which shows that the company is addressing its key concerns, while also establishing a framework for future growth. And there are clearly concerns, in terms of overall usage, as noted, and increased data privacy measures. The difference now for Facebook is that it’s more mature as a business, it’s showing capacity to be able to handle such shifts within its business model, and navigate them without any significant impact.

That also comes with scale, and being the largest social platform in the world, which has been bosted by its savvy acquisitions. But the numbers, once again, show that Facebook is king of the social heap.