Samsung Galaxy Note 10: the camera phone you’ve been waiting for?

Samsung Galaxy Note 10: the camera phone you’ve been waiting for? 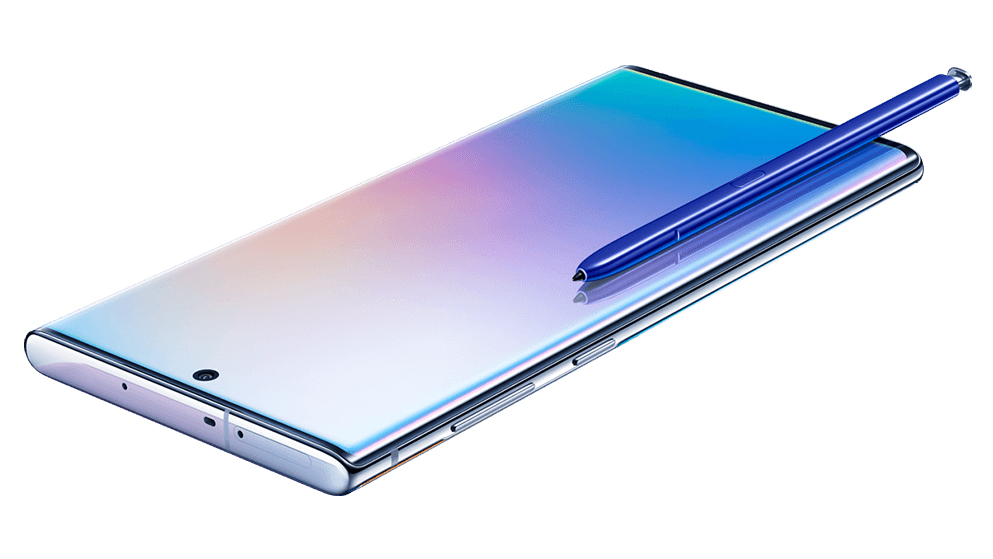 Samsung has finally unveiled its hotly anticipated Galaxy Note 10 models, and early impressions suggest the Note Plus may well cement itself as one of the best camera phones on the market. The latest arrival to Samsung’s Note range, the tech giant revealed two new models, a standard Galaxy Note 10 and Note 10 Plus, the latter of which comes with a noticeably larger 6.8-inch Infinity-O AMOLED display (which brings with it an impressive 94.7% screen-to-body ratio) and a subtle but winning update to its camera system.

Both models share the same 10MP front-facing camera and multi camera set-up on the rear – a combination of a 16MP ultra-wide lens, 12MP regular lens and a 12MP telephoto lens. But where the 10 Plus really shines is via Samsung’s new patented DepthVision camera, which offers improved bokeh-style blur in both photos and video footage and more accurate results when measuring distances.

The Galaxy Note 10 models also see added support for the Note series’ unique S Pen stylus, which is already able to control a number of smartphone functions such as the camera shutter. New motion gesture support allows users to change which camera is being used and the level of zoom. Specifically, air drawing with the pen in a clockwise arc motion clockwise and counter-clockwise while holding a button will zoom the cameras both in and out.

A new novel AR Doodle feature also allows you to write text or draw on images and videos in the viewfinder. Add all of this up and you’re looking at a new way to take incredibly creative photos on your phone.

Preorders for the Galaxy Note 10 are available now in certain regions, including the US, where you’ll get $100 store credit for ordering early. The official release date is 23 August in the US and UK, and the standard Galaxy Note 10 price is set at $945/£899.

If you haven’t got a spare £900 lying around, the arrival of the Note 10 means we’re already seeing some amazing deals on it’s the model it has superseded, the Samsung Galaxy Note 9. Still a brilliant camera phone in its own right, if you’re not bothered about having the latest shiny new device, there are some incredible offers to be had right now: