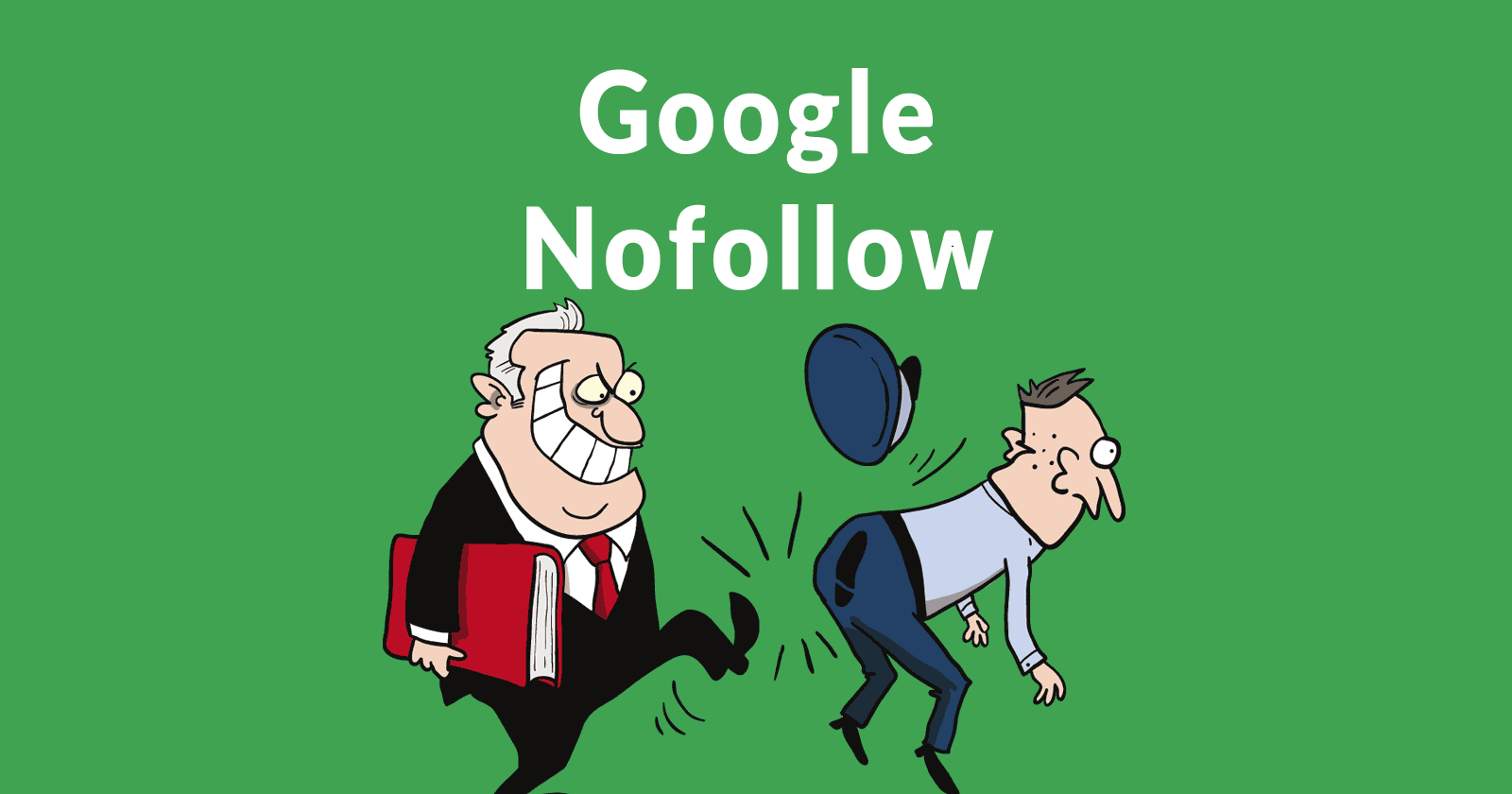 Google’s John Mueller recently stated there was no ranking benefit in adding nofollow to all outbound links. Some in the SEO community tweeted that in the real world it’s not always possible to monitor all links. John Mueller acknowledged how challenging monitoring links can be. Then stated he still felt that blanket nofollows were “a bit lazy.”

A nofollow is an HTML attribute that can be added to links. The attribute tells Google that a link is not trusted and to not count it as a link. The result is that no ranking benefit (aka link signal), is passed.

The nofollow attribute was created so that bloggers could tell search engines that links in comments must not be trusted.

The Twitter discussion was sparked in response to an article in which Google’s John Mueller is quoted in a Webmaster Hangout as saying that news publishers should trust what their authors write. He stated that the links should not be nofollowed.

This is the statement by John Mueller that sparked a lively debate on Twitter:

“I understand not knowing which links you can trust. But essentially, if you’re a news publisher, you should trust what you’re writing about.

If these are things that you want to stand for then make sure you have normal links on there.”

The SEO Community Feedback On Nofollow “…@JohnMu is talking from a purely academic, technical SEO POV.

*In reality*: no-following links on a large publisher website, is the easiest way to cut down on content producers selling links on your site, without policing every single article!!”

“I totally sympathize with that; at scale, it’s hard… but still, it feels a bit lazy. I imagine content & artwork guidelines are a bit more granular; why not references? Is it a matter of a missing up-side?”

“Lazy isn’t an appropriate term here @JohnMu
you’re asking them to invest money into checking whether a link was paid or legitimate, which is of zero benefit to them vs. blanket nofollow.

If Google want to pay for the overhead, Im cool with that. Otherwise, its not a solution.”

Another publisher stated that monitoring 400,000 user generated sites is not possible:

But as Ryan Jones responded, user generated sites have a good reason to not trust the links published by site authors. Adding nofollow to links user generated content is an appropriate use of nofollow because that’s what nofollow was created for. But he pushed back on blanket nofollows for news publishers:

“User generated sites is one thing. but for a major publication like a newspaper or forbes to say ‘we don’t trust our writers to link’ means we shouldn’t trust the credibility of anything they post. Enough with the pagerank black holes.”

Martin MacDonald responded that corruption was human nature. This is a reference to the fact that because links can help a site rank better and because of that, links are a commodity. A commodity is something that can be created and sold.

Here is what Martin tweeted in response:

“Human nature Ryan… Human nature. Lets say you’ve got a thousand journos, at least one of them is going to be swayed by some beer money. Easier to nofollow the lot.”

Martin’s reference to “beer money” is meant to convey an idea of the low cost of bribing an author.

Corruption is seemingly endemic in online publishing. There are content writing companies who sell their articles to publishers but also sell links to advertisers. The articles they are paid to write (for prestigious companies) contain links to businesses that paid to have their links published in articles.

These content writers are paid by the publishers who contract for content and by the companies who wish to have links placed in those articles.

There is another market for links called Niche Edits. Authors are paid by third party brokers to add links to articles that have already been published. The broker pays the author to add links to previously published articles. The link broker charges businesses that appreciate the convenience of shopping for links.

David Iwanow suggested that user generated content should be nofollowed: 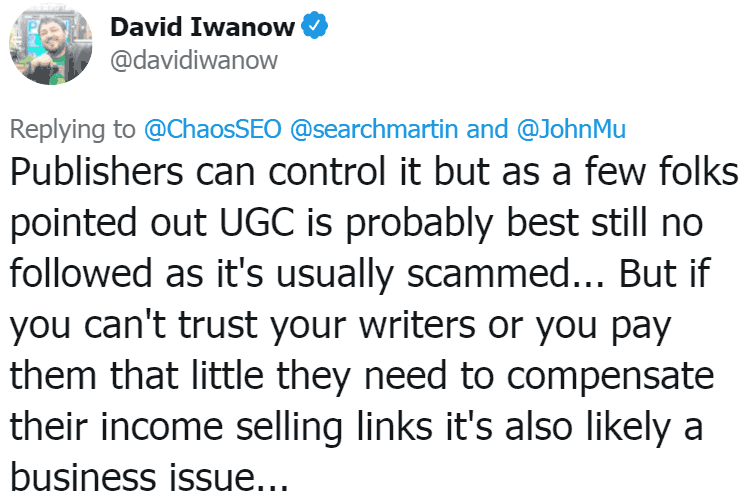 You Should Trust What You Write About?

Google’s John Mueller asserted that “if you’re a news publisher, you should trust what you’re writing about.” Martin MacDonald, speaking from experience, asserted that the reality is not so simple.

One thing that’s clear from this discussion is that links are a commodity and because of that some publishers feel that the best approach to combat corrupt content writers is to add nofollow to all outbound links.