Facebook is rolling out two new options for movie ads on its platform – reminder prompts for movies you’ve registered an interest in, and direct booking options to streamline the process. 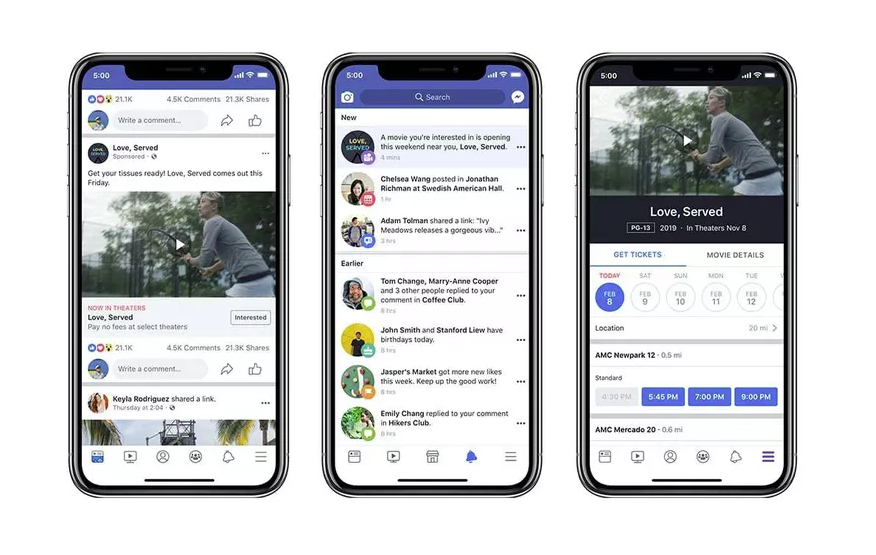 As you can see in the first screenshot above, now, when a movie ad appears in a users’ News Feed, they’ll have the option to tap on an ‘Interested’ CTA button. When they do, they’ll get a reminder in their notifications listing when the movie is released, which may help spark more people to head to the cinema. 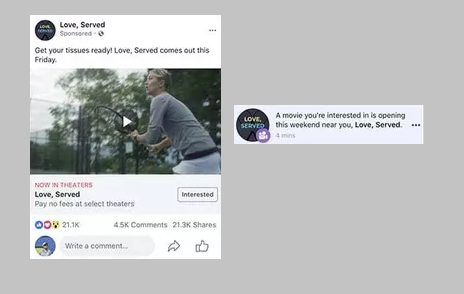 The other new option comes via search (third image above) – when users go looking for a movie on Facebook, they’ll now be able to view a new detail page, where they’ll also be able to book tickets directly.

The new movie ad tools will be available in the US and UK, facilitated through partnerships with AMC Theaters and Regal Cinemas. In the US, users will be able to purchase movie tickets through Fandango and Atom Tickets, while in the UK, users will make purchases through Odeon Cinemas.

YouTube added similar capacity via its Ad Extensions, which it launched last October. 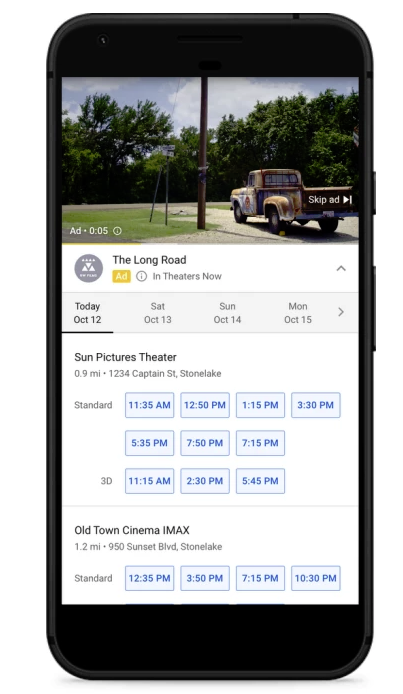 While you can also access similar listings and get links to booking information via Google.

In that respect, it’s interesting to see Facebook add yet another search-based tool to its ad options. Last month, Facebook expanded its roll-out of search ads, which now appear to be a growing focus for Facebook’s ad operations.

That makes sense, given Facebook has been warning for years that it’s close to reaching peak ad load in the News Feed. As a result, for Facebook to maintain its business momentum, it needs to look to alternatives. Search has long been an element Facebook has considered developing – back in 2016, we wrote about how Facebook search presented significant opportunity, if the platform could get it right.

With News Feed ads at their peak, it’s interesting to see how the company is branching out, and looking to provide advertisers with new opportunities.