Snapchat has published a new report, in association with location data company Factual, which looks at auto buying and browsing trends among Snapchatters, which could help car dealers make better use of the platform to reach interested buyers.

And while the report doesn’t necessarily denote Snapchat as a key platform of choice for auto marketers, it does highlight some relevant considerations – particularly when you consider, as Ad Week notes, that Snapchat’s core audience (13-34 year-olds) make up some 32% of new car registrations in the US.

Here’s an overview of the findings.

First off, Snapchat says that its users are more likely to take a hands-on approach to the car buying process:

Adding to this, Snapchat has tapped into its location tracking capacity to highlight which dealerships, specifically, Snapchat users are visiting most often across the US. 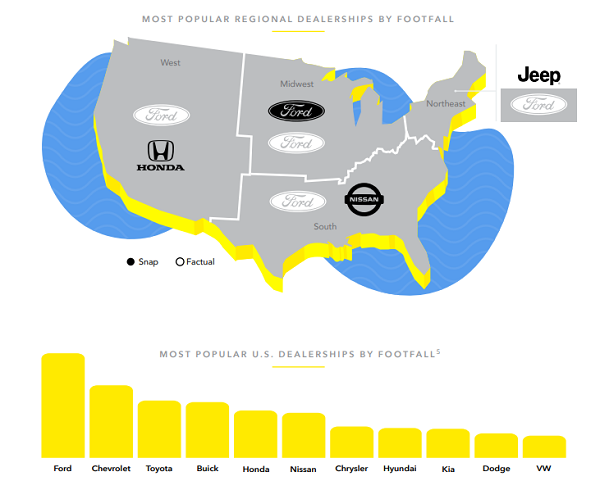 That’s some interesting insight into younger audience buying trends. though likely unsurprising for those in the sector.

The same can probably be said for Snap’s visiting insights.

Car dealers are likely well aware of these peaks already, though it may give them more specific targeting insight on how and when to reach younger buyers, or run special events in-store.

Snapchat also notes that Tesla is popular among younger audiences, but likely also out of their reach. 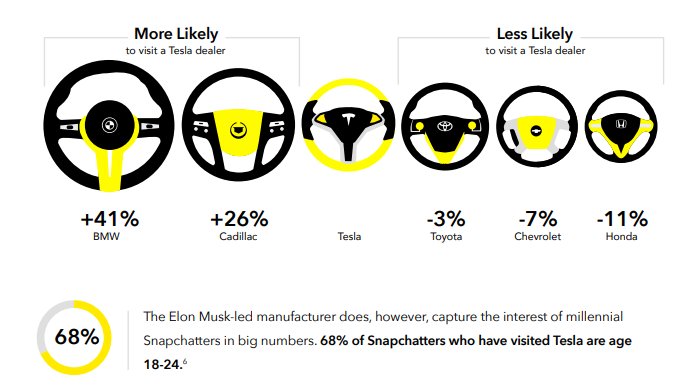 Overall, the report offers some valuable insight into younger audience car buying trends – though as noted, probably not any major surprises or revelations. Snap remains a key platform for reaching younger audiences in any sector, but this latest report doesn’t specify any significant, major opportunity for car marketers, though the insights do offer value for planning.

So which social platform/s should auto marketers be focused on?

According to eMarketer, digital spend across the auto industry is expected to reach $15.9b this year, and $18b by 2020, so clearly, the sector is paying attention to the increasing focus on digital platforms for auto discovery. 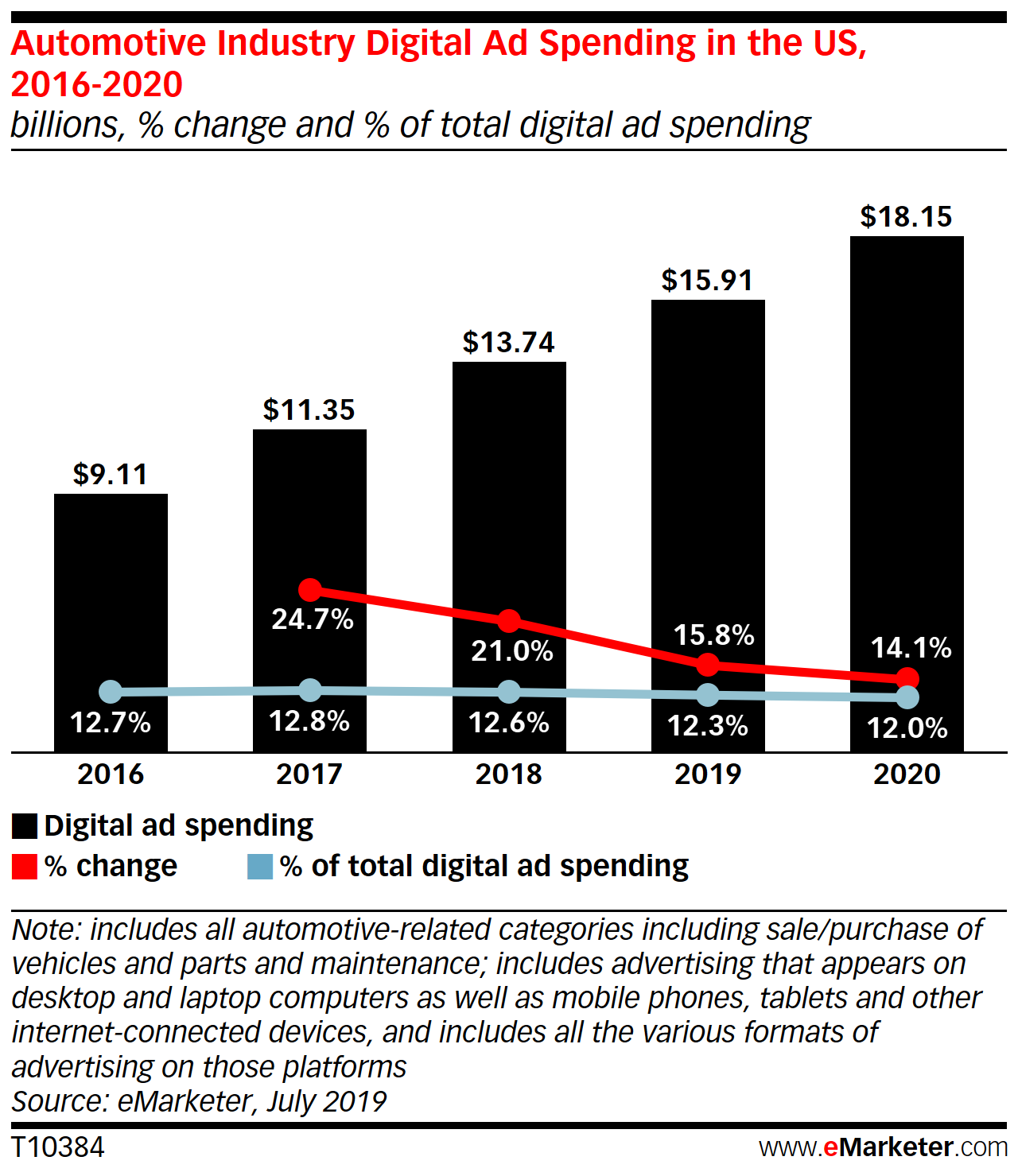 That, logically, has lead to each social platform presenting its credential for auto ad spend, as they seek to get a piece of that increasing pie.

Earlier this month, Pinterest published a report, in conjunction with Oracle, which found that Pinterest users are 28% more likely to buy a new vehicle within the first 90 days of a release, and the platform now reaches 1 in 2 US adults who plan to buy a car within the next six months.

That sounds impressive, but a report published by Twitter UK, which looked at car buying stats among Twitter users in 2018, actually found similar, with 54% of people in the market for a new car also being Twitter users. 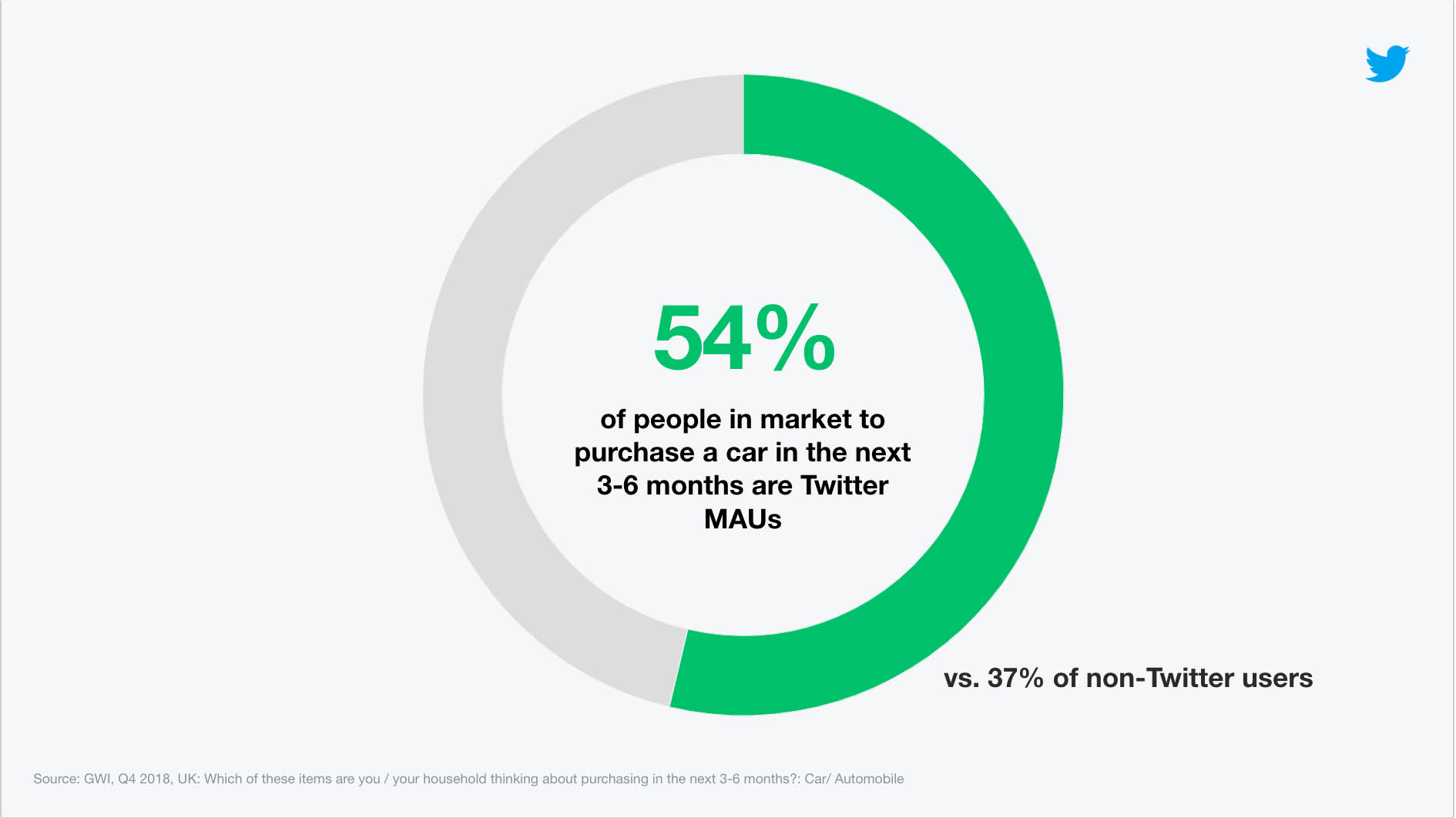 Granted these are UK stats, though you’d assume the trends would hold to a significant degree in other markets. And either way, it makes the fact that Pinterest reaches 1 in 2 new car buyers a little less impressive.

According to Twitter’s report, there were over 5.6 million UK automotive-related Tweets in 2018, while 83% of people in the market for a new car said that Twitter influenced their decision-making process.

Over on Facebook, a report published by The Social Network last year found that 78% of people in the market for a new car found social media content useful in the process, while more than half of people aged 13-34 discovered car-related content within Facebook’s apps. 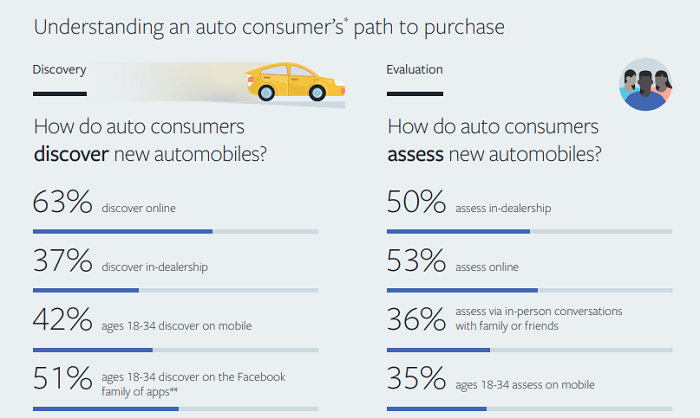 That’s the same market Snapchat is focused on, and given that Facebook influences more than half of that market, and has significantly more reach, it may be a better option – though really, you would likely achieve best results by tapping into both apps, using Snapchat’s insights and Facebook’s ad tools to put together a more effective, cross-platform strategy to influence this market.

That would likely also incorporate Instagram – according to Facebook’s data, 60% of auto shoppers use Instagram in their process, while Instagram has also previously provided advice to assist auto brands in reaching car fans on the platform.