The newest Photoshop update to Content-Aware fill is like magic

The newest Photoshop update to Content-Aware fill is like magic 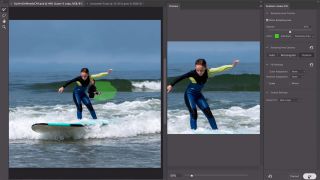 Adobe has announced a brand-new update to Photoshop CC, and we think it’s pretty great. The Content-Aware fill tool is about to be much improved, with oodles of user-control, and we’ve got the low-down right here.

In case you haven’t played with it before, the Content-Aware fill tool can digitally erase an area of your image and replace it with a sample from another part of the picture. It’s what you might use to get rid of that hilarious photobombing joker in the background. It’s been an integral part of Photoshop’s arsenal for a while now, and it’s about to get a lot better.

Content-Aware fill is pretty convincing as it is, but it does have a frustrating issue when trying to deal with cluttered images, becoming confused when markedly different image elements are too close to each other.

As Photoshop product manager Meredith Payne Stotzner explains in the above video, Adobe has listened to its users’ requests for more control over the process and has added ‘Auto’ and ‘Custom’ options to the tool.

‘Custom’ does exactly what it says on the tin. It allows you to physically draw in the exact pixel sample to replicate. Clicking ‘Auto’ will ask Photoshop to perform its magic, and using Adobe’s Sensei technology it will auto-find the pixel selection it thinks would best suit your fill. All in all it’s like waving a custom-made magic wand to turn unwanted image elements invisible.

This is a welcome update that solves an annoying problem with Content-Aware fill, and we think it will make a pleasing difference to the workflow of creatives using the software. We don’t know when it’ll be out yet but watch this space.