When Google SERPs May Undergo a Sea Change via @bill_slawski

When Google SERPs May Undergo a Sea Change via @bill_slawski 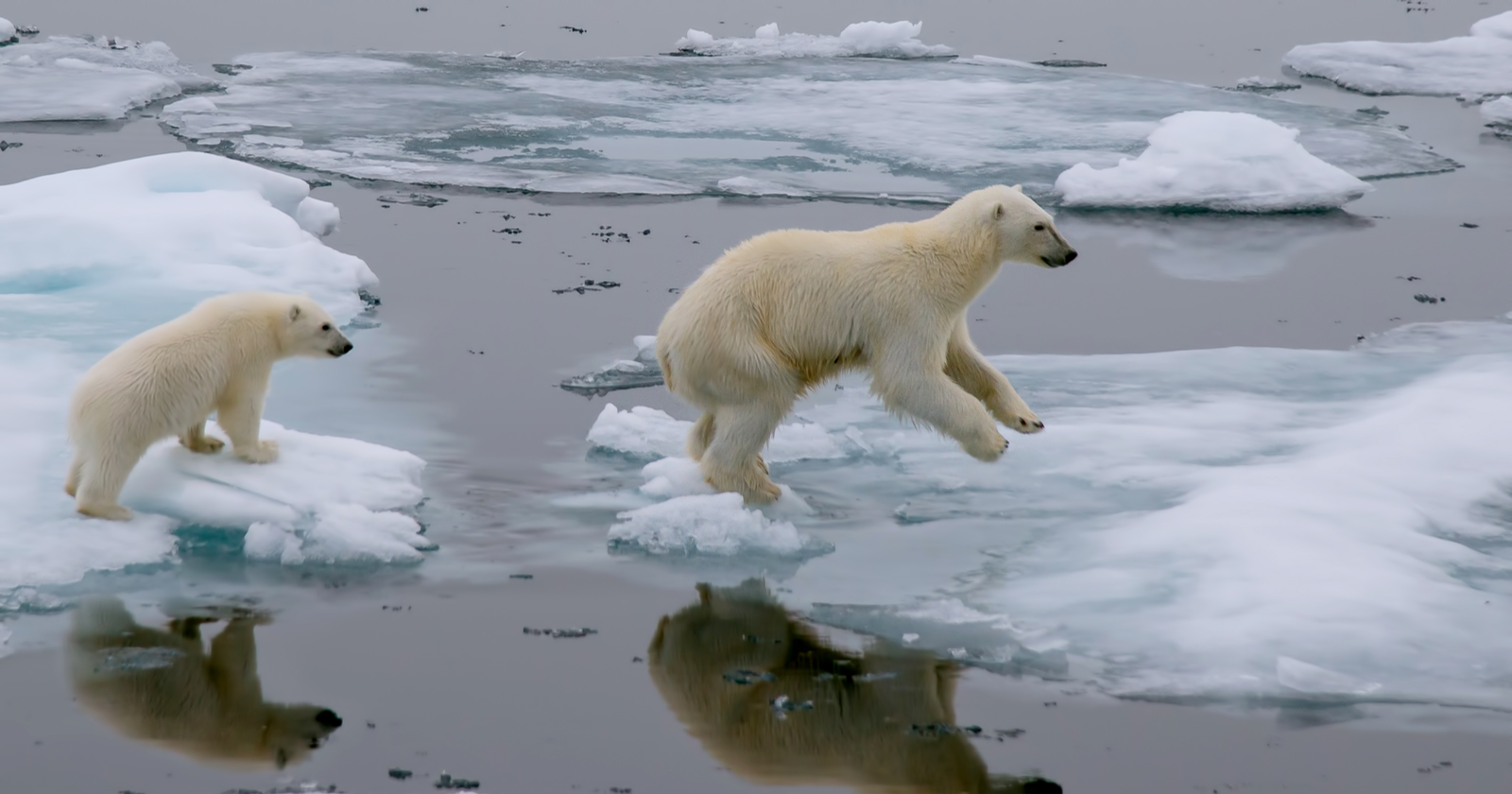 I’m a search geek. I read through patents that provide hints and possible glimpses behind the curtains of search engines like they are novels.

I look for patents from specific inventors, like people who might keep their eyes open for news of a new Marvel movie.

Patents don’t always provide actionable insights, but they do suggest questions and possible things to look out for or understand how search engines may be working, or even to test.

I found a patent this summer which reminded me of the concept of a sea change and how search results could transform and undergo a sea change.

One of the inventors I watch out for is Trystan Upstill, at one point the Head of Core Web Ranking and Mobile Content Search at Google.

He has been involved in some of the more interesting patents and processes at Google, like one I wrote about on How Google May Rank Some Results Based on Categorical Quality.

If you read about that one, you may see some similarities to the patent I am writing about today.

He writes about things that we may never visibly notice, that sort of happen behind the scenes (or curtains), and decide upon which pages may fill the search results we see in response to a query.

A newly granted (July 2, 2019) patent from Google has his name on it as one of the inventors, and it was filed when he was still the head of Core Web Ranking at Google back in 2015.

The patent starts out simply enough, by telling us:

“The search system ranks the resources based on their relevance to the query and importance and provides search results that link to the identified resources, and orders the search results according to the rank.”

The results shown are responsive to a query, and the search engines look at features of a webpage that query may appear upon and other aspects of that query, and possibly other information when determining search scores for the resources that appear in SERPs.

But most patents describe a problem that they report upon, and that problem explains the need for a patent to have been written, with an invented process that might address that problem.

However, the relative importance of particular features for particular queries and resources is often difficult, if not impossible, to predict a priori.”

What these changes to features a page is ranked upon may mean is that in response to them, sometimes Google might adjust search features and rescore resources after a while.

The process behind the patent can include: 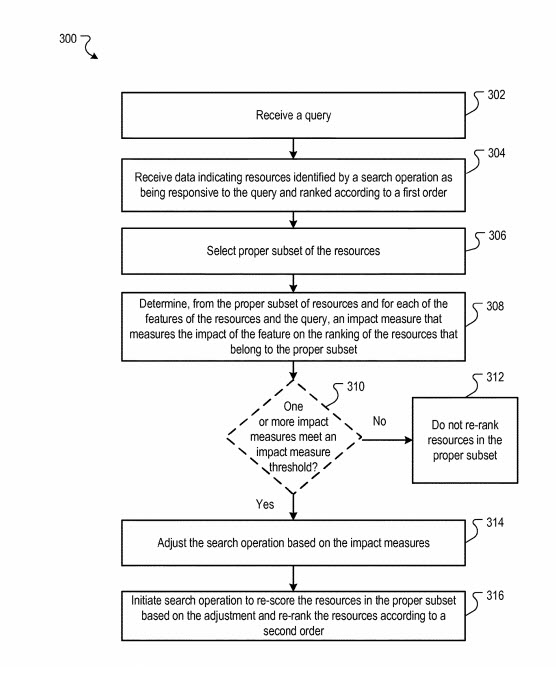 Many patents include a section in their summary that lists what they refer to as “advantages” for using the process described in the patent. They are a forecast of what the expected outcome of the patent might be.

For this patent the expected advantages include:

The ultimate goal is expressed there as providing resources that are “more likely to satisfy a user’s informational need, thereby increasing the quality of the overall user experience.”

This adjusted search features patent can be found at:

I mentioned search engine scores that may be created according to “multiple features of the resource and the query.” These features could be related to:

The patent tells us that “these features may be modeled in the search engine as parameters, and various parameter values may be selected for each parameter.”

How these search features are valued may be part of the what makes search engine scores work well. They give us an example:

Parameter values may include synonyms, related terms, and weights by which matches of terms and term counts are multiple or otherwise adjusted; and so on.”

The search operation, once built, tends to perform well over a wide variety of search queries and documents. This could present some issues that need to be overcome, and the patent describes those for us.

It tells us that:

When a subject is a fairly new one on the Web (which they are referring to as an “emergent subject”), Some aspects of a score may have more impact than others:

“Furthermore, such influences may be evanescent; for example, for an emergent subject, an information retrieval score may be more influential for the first several weeks, and then, at a later time, authority scores and user feedback scores may tend to grow in influence. Thus, tuning a search operation to compensate for these features is difficult prior to their detection, if not impossible.”

If you’ve ever ranked a page in a fairly new subject area, and one day the search results that it appears in all of a sudden seem to shift around and change (undergoing a sea change), the next paragraph from the patent could explain why that might happen as search results get adjusted:

When I read the next paragraph in the patent, I was reminded of a post that Jason Barnard wrote about ranking at Google, based upon information he had received from Gary Illyes, Webmaster Trends Analyst at Google, which he wrote about in How Google Search Ranking Works – Darwinism in Search:

“The search engine utilizes a search operation that generates search scores for the resources and ranks the resources based on search scores. The search operation quantifies the relevance of the resources to the query, and the quantification can be based on a variety of factors. Such factors include information retrieval (“IR”) scores, user feedback scores, and optionally a separate ranking of each resource relative to other resources (e.g., an authority score). The search results are ordered in a first-order according to these search scores and provided to the user device according to the first order, or, in some situations, may be re-ranked by an adjusted search operation and provided to the user device as search results’ ranked according to a second-order that is different from the first order.”

This patent also tells us about feedback scores based upon information from query logs and click logs:

And Then There Is Reranking of Results, or Adjusted Search Features

This is part of an adjustment of results as has been described in the patent when there may be shifts in the values that results were scored upon to modify search results:

When search results are ranked, the influence of each feature involved in ranking those is calculated, and any changes to those features may be measured by their impact.

The patent provides this peek at how reranking might take place, when Google decides to use adjusted search features.

And synonyms may play a role as well:

The article that Barnard wrote names specific types of features that may be used to rank pages, such as topicality, quality, speed, RankBrain, entities, structured data, freshness.

Those aren’t described in this patent or discussed in any detail, but they do seem like they could be features of ranked resources or queries that could influence how a page may be ranked, which are mentioned in this patent.

If you haven’t had a chance to read Barnard’s post, I would recommend it. I read it around the same time that I first saw this patent, and I highlighted the paragraph from this patent that tells us that pages may be ranked based upon a variety of factors.

While this patent doesn’t tell us the same factors that Barnard was told, the idea that multiple factors may be involved in ranking pages at Google is one worth exploring in more detail, if you can.

What this patent adds to what Barnard told us was that Google may, upon seeing changes in the impact of different ranking signals that it may have used to rank a page beyond a certain threshold, Google may adjust rankings by applying a reranking process.

So, if you see the results that you have gotten used to for a particular query that you have been following, knowing the SERP place around that query well, and who else occupies positions in that SERP place, and you may suddenly see it shift around and change.

It is possible that Google may have adjusted search features and changed those results because the impact of ranking signals for those features may have changed.

All screenshots taken by author, September 2019