These Influencers Are Computer-Generated: The Future of Marketing, or Untrustworthy Advertising?

These Influencers Are Computer-Generated: The Future of Marketing, or Untrustworthy Advertising? 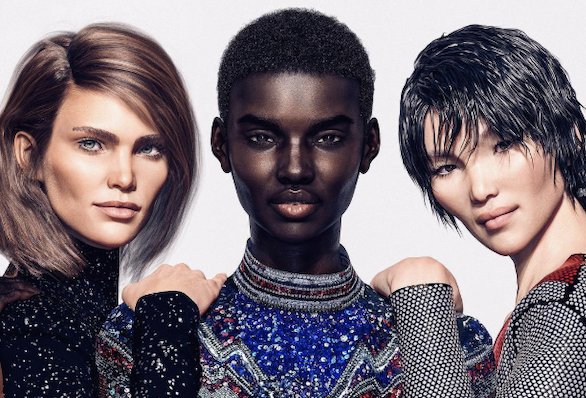 More likely than not, you see influencer posts on your Instagram feed daily. In many ways, they become part of your life — influencing everything from exercise classes you take, to clothes you buy.

It’s undeniable that influencer marketing is powerful. In fact, over the past five years the tactic has quickly grown into a multi-billion dollar industry.

And, as influencer marketing grows, it’s no longer just limited to humans — as we’ve seen with Jiff Pom, a Pomeranian with over nine million Instagram followers.

But if any human (or pet) can become an influencer, it begs the question — do influencers even need to exist in real life?

For instance, let’s take a look at this post by Miquela Sousa (@lilmiquela), an influencer with 1.6 million followers:

By all accounts, the post looks real. Miquela, a 19-year-old Brazilian American model, influencer, and singer, is posting a #sponsored post for Calvin Klein and posing with fellow model Bella Hadid.

But Miquela is a computer-generated character, introduced by Los Angeles company Brud in 2016. Each month, almost 260,000 people listen to her music on Spotify. Miquela works with major brands ranging from Prada to Samsung, and she’s even given interviews at Coachella.

All of which raises the question — why should companies pay real human influencers to promote their products, when they can create their own personal influencer from scratch?

Lil Miquela, a Chinese News Anchor, and Colonel Sanders — Are Virtual Influencers The Future of Marketing?

Before we consider the pros and cons of virtual influencers, let’s explore some examples.

First, as previously mentioned, there’s Lil Miquela. When you scan through her Instagram posts, you quickly realize her captions make her sound like a regular teenager.

In fact, in the following post, she even sounds like she has real emotions, writing, “[One of angel boi’s friends] blew up at me at lunch and stormed out as I ugly cried in front of about 50 strangers … and now he won’t respond to any of my texts”:

While her caption is fake, her followers’ comments are real — many of Lil Miquela’s followers respond with empathy or shared experiences, comments like “This same thing happened to me once, you’ll get through it”.

And then, there are Miquela’s “friends” — Bermuda (@bermudaisbae), with 170K followers and a bio that reads “Robot/Unbothered mogul with daddy’s PIN and a flawless highlight”, and Blawko (@blawko22) a self-described “Young Robot Sex Symbol” with 141K followers.

As Miquela writes on the following post: “Me and my mains! Always getting me through the roughest, there for all the highs, ride or dies … ILU guys!” While these three are the only robots currently engineered by Brud, there are other “virtual humans” out there.

For instance, Xinhua News, a Chinese media outlet, unveiled an AI news presenter in 2018 who can work 24-hours a day without breaks, reducing news production costs. As the artificial news presenter stated in his introductory video, “I’ll work tirelessly to keep you informed as texts will be typed into my system uninterrupted.”

In another example, Balmain, a fashion label, commissioned photographer Cameron-James Wilson to create a diverse “virtual army” of models for Olivier Rousteing’s 2018 collection:

In a statement on the campaign, Balmain writes: “Anyone and everyone is always welcome to join Balmain Army’s growing ranks — they need only share our bold spirit of adventure as our new virtual icons, Margot, Shudu and Zhi who mirror the beauty, the rock style and the confident power.”

Of course, the campaign was met with mixed reviews — one follower wrote, “This is disgusting! I do not understand why they think these models are attractive”, and another commented, “As if Photoshop wasn’t enough, what’s wrong with this world?! #realpeople #realmodels please”.

And, last but certainly not least, there’s KFC’s Colonel Sanders, mocking the very trend of virtual influencers while taking part in it:

All of which is to say — are virtual influencers untrustworthy, or the future of marketing?

What Virtual Influencers Can Offer — and What’s Missing

There are some undeniable benefits to creating or hiring a virtual influencer.

For one, a virtual influencer isn’t human, meaning he or she won’t need breaks. Xinhua News, mentioned above, clearly saw the benefits of this — by using a virtual news anchor to cover breaking news 24-7, they lowered the cost of hiring real people to cover news throughout the night.

If you’re trying to work around-the-clock publishing and promoting content to raise brand awareness, then, it makes sense you’d consider using a virtual influencer, who can post and promote content without sacrificing human needs like … well, sleep.

Additionally, your virtual influencer isn’t as much of a PR liability as a real influencer is. For instance, Debra Davis, founder of NKLS — a company that researches, advises on, and invests in virtual and augmented reality — told WWD, “With a virtual influencer, so much more thought has to be put into the message. It’s not just someone with a Twitter stream. It’s more carefully constructed and thought through, and therefore can be controlled.”

Real influencers and celebrities make mistakes that could influence the public’s perception of your brand. With a virtual influencer, you don’t risk associating your brand with any negative press.

Additionally, it might cost less to hire a virtual influencer compared to a celebrity or supermodel.

It’s also worth noting that much of what we see on Instagram is edited, filtered, and posed — so, really, is a real person’s highly filtered version of “real life” much different from virtual reality, anyway? 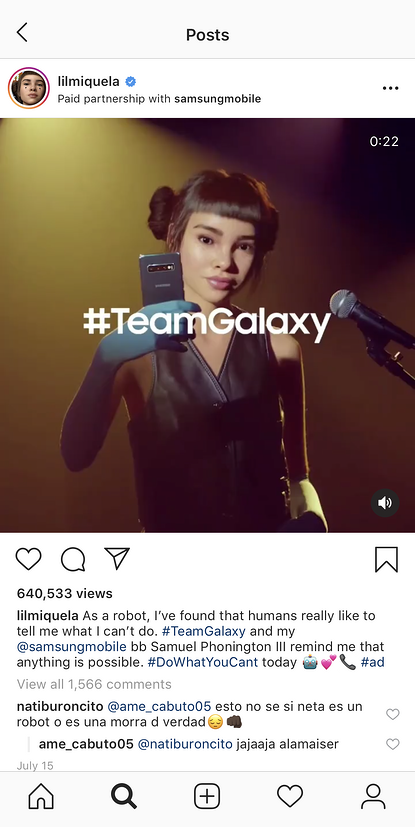 On the flip side, there’s still something uniquely powerful and engaging about real influencers connecting with their audience through social platforms. Virtual influencers like Lil Miquela can pretend they have human emotions, but that can just as easily backfire if her audience doesn’t trust the emotion behind it.

Ultimately, influencer marketing is about engaging in authentic, meaningful connections. How is an audience ever supposed to trust a promoted post when there isn’t a real human advocating for it?

Additionally, influencer marketing is often most successful when it’s seen as real and genuine. For instance, direct-to-consumer beauty brand Glossier has become insanely successful due, in large part, to its authentic marketing strategy.

As Emily Weiss, founder and CEO, said during a live interview with Kara Swisher for the Recode Decode podcast, “At Glossier, something we’ve always stayed very true to, since pre-launch, day one, is that every single person is an influencer.”

At the end of the day, there’s something to be said for brands that find real people to promote their products or services to other real people. Sure, there’s risk involved — but that risk is the same component that enables audiences to trust, listen to, and connect with those influencers in the first place.