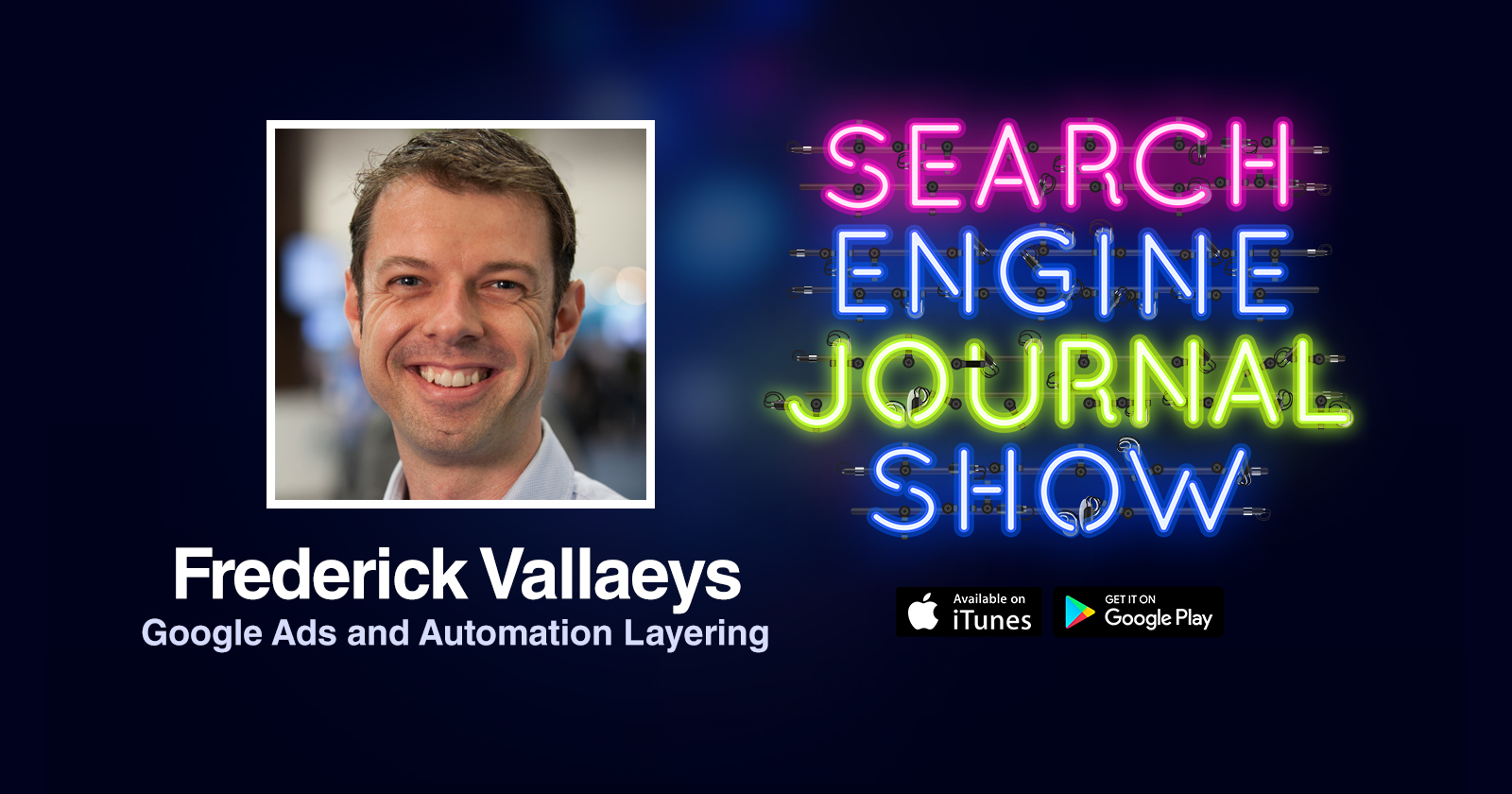 For episode 166 of The Search Engine Journal Show, I had the opportunity to interview Frederick Vallaeys, Founder of Optmyzr and former Google AdWords Evangelist.

Vallaeys discusses how PPC advertisers can take better control of their paid search campaigns with automation layering in Google Ads. 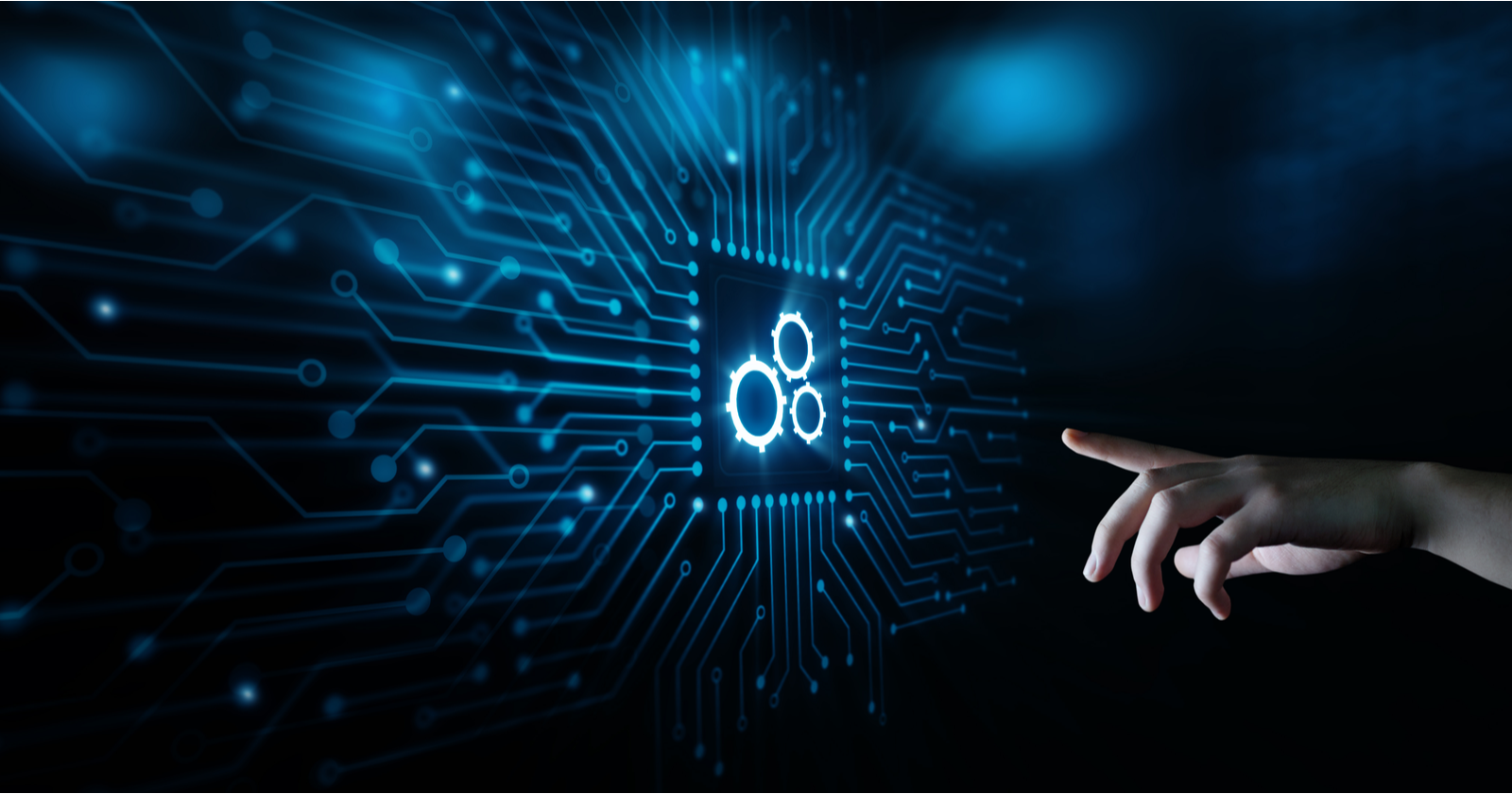 What are we talking about when we talk about Google automating certain aspects of account management?

Frederick Vallaeys (FV): [Y]ou’re given some automation options from Google so you can decide to manage bids manually to where you always have or you can decide to go on automated bidding. So it’s a choice and it’s a transition you make.

But then once in a while, something comes along like [changes to] close variants to match types. This is basically automation that you’re being forced to take – there’s no off button on these things.

This is driven by machine learning improvements that Google has and by them being able to better figure out what it is the user actually means when they type in whatever query and which advertisers do that match to.

But it kind of throws a wrench into the process that PPC experts have because we kind of know the world to be one way or Google maybe didn’t figure it out perfectly.

Now, all of a sudden they do figure it out, but not always perfectly. So what are we to do? How do we play in this new world?

Brent Csutoras (BC): [T]rusting the machine in some ways it’s kind of a nice thing for a lot of people, especially people that don’t have the experience. But, is this going to be something that advanced users are going to embrace in your opinion?

FV: I think you hit the nail on the head, so this is really built for the people who are not PPC experts.

So if you’re listening to this show, then you’re probably in the camp where you don’t like all of these automations quite so much, because they don’t always get it right.

But where Google’s coming from is obviously millions of potential advertisers who are not using Google Ads because it’s too complicated or they don’t get results.

And so as Google has this ability to actually use machine learning to figure it out, that’s a huge new market that opens up for them. And that’s why they’re pushing so heavily into this.

For the PPC experts, this is something that we have to keep a close eye on because we have gotten pretty good results by doing things manually and using the processes and tools that we have.

One of the concepts that I’ve recently started talking about is automation layering and it’s a pretty simple concept.

The engines, like Google, are going to have their black box methodology that automates whatever it is that they’re automating today. It could be keywords, bids, ad text, and so on. They’re going to use machine learning and do a pretty decent job for the most part.

But there’s going to be instances when we wish we had a bit more transparency and understood what was happening inside the black box.

We want to find those one-off instances when the machine is actually getting it wrong for whatever reason, and that’s where we can build simple automation, that layer on top of the Google system.

These simple automations don’t even have to be machine learning or artificial intelligence. They could simply be an if-this-then-that type of logic rule.

For instance, if all of a sudden you see Google starting to show your ads for close variant, exact match keyword, and for some reason the results from that are bad or you’re seeing it’s like a semantically too different from the underlying keyword, you can put your own automation on top of that that says, “Hey Google, stop doing that.”

So now you get five impressions before we have the data to say this is happening, but then it shuts it off. And so you’re protecting yourself and you’re still maintaining your role as that PPC expert who’s tightly controlling what’s happening with that account.

How do you actually go about with automation layering?

FV: There’s a couple of levels.

First of all, think about how Google works.

When Google makes decisions about what it considers to be close variants, it’s basically using machine learning and it’s using percentages of similarity.

And so they may determine that a query seems to be 85% similar to the keyword that you had. Now, it’s up to them to decide whether that 85% meets the threshold for showing the ad. That’s something they control.

In automation layering, you can actually step in and you can do your own sort of metrics analysis.

So you could say, “Well, we don’t care so much about how closely it’s related, but we’re going to look at the stats. So let Google show these close variants. But if we see that they perform at a much lower level of conversion rate, then we opt to step in, take action and make it a negative.

One specific way you can do this is through automated rules in the Google Ads system, or you could build a Google Ads script. I’ve published some ad scripts on Search Engine Journal and my GitHub.

Obviously you could use the much simpler options that we have in our tool Optmyzr, but then you have to pay a little bit of money to use that tool.

But the notion is simply, if a query that is a close variant is showing these performance attributes then automatically make it a negative keyword. Or at the very least, send me an email about it so that I know this is happening.

Then I can still make my own human judgment about whether I should keep that as a close variant or maybe I should just add it as its own keyword, but just put a lower bid on it because maybe it’s not performing at the same level.

BC: I think what’s interesting is being able to determine what performs, but there’s another aspect here and that’s being able to improve upon your account…

FV: Exactly. There are two levels of improvement. You get those micro improvements that you can do and then thanks to automation, you can help to also start spending time on the more strategic tasks because you don’t have to worry about every single keyword that’s out there.

When I think about the future of the PPC role, it’s not about us doing a lot of manual work to stay on top and then roll over these Google automation systems.

It’s about being smart and layering on your own automation, or better through a script, tool or an API solution that you build if you’re a really big company.

But you have to basically be on top of what those automations are doing and then be more strategic.

Are there any other automated aspects that Google’s kind of forcing you down that you can work around or is close variants pretty much the main issue people are dealing with?

FV: On the targeting side, that would be the main one. You have a lot more options.

Automated bidding is probably the biggest thing people talk about when it comes to automation. But you do have the option of not using it.

Not using bid automation at any level, I think, is just completely the wrong thing to do… I’m not saying you have to use Smart Bidding from Google, what I’m saying is that you have to layer some level of automation on top of your manual process.

You can’t do these things manually at the scale, at the efficiency that a machine learning system like Google’s could do it. And audiences actually kind of ties into this, because the reason it’s even possible today is because of machine learning.

To listen to this Search Engine Show Podcast with Frederick Vallaeys: