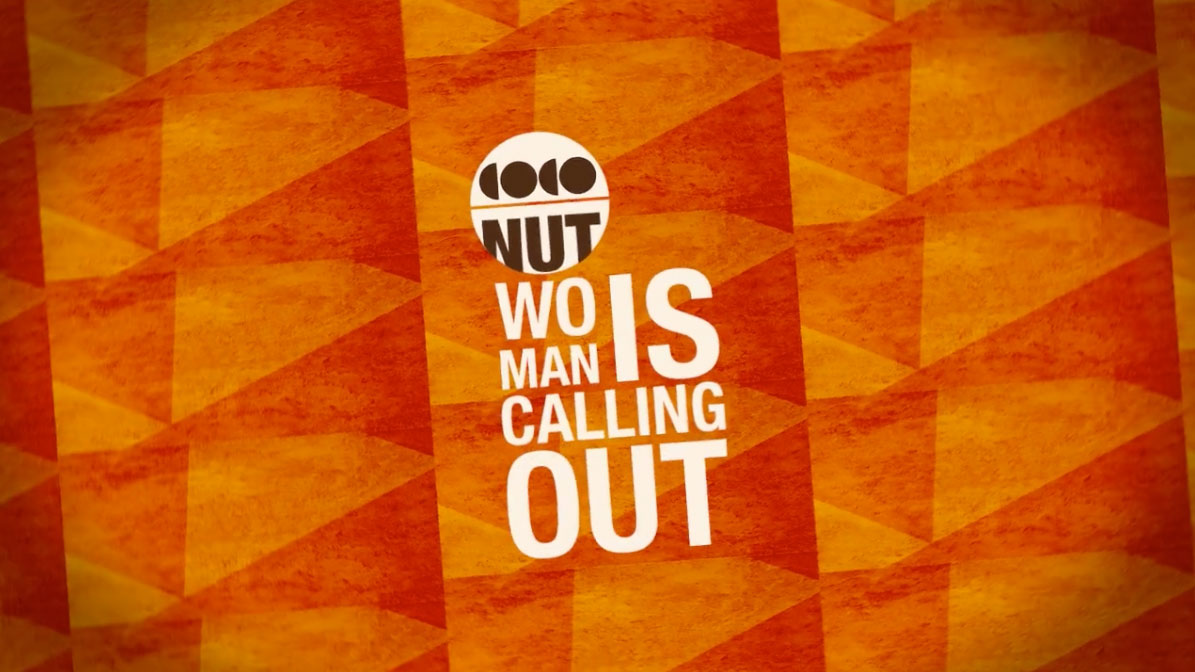 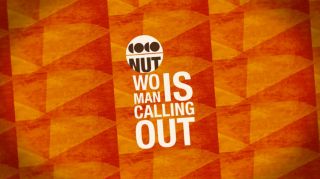 Kinetic typography comes in many forms. The creations are a feast for the eyes, whether it be a homage to a famous movie speech or song or an exploration of the typography itself. We’ve picked some brilliant kinetic typography animations, including music videos, movie tributes and more.

Feeling inspired? Create your own kinetic typography using our pick of free fonts and After Effects tutorials will help you on your way.

Created by motion graphics artist, Stepdraw, this example of kinetic typography riffs on a classic moment from The Office (the US version). Including bears, beets and Battlestar Galactica, the timing is spot on as is the personality the sketchy typography lends to the audio.

The kinetic typography in this video was created by animator/director Gary Motion. Based on TV show Rick and Morty, it’s a total contrast to the above example. It again adds visuals to a classic comedy TV moment, but is flashy and fast-moving. It’s a super slick piece that has some great detail like the diagonally-sliding text, and the varied use of style and colour.

Animated and directed by Eli Guillou, this animated typographic piece aims to encourage anyone who feels that they’re lost in the darkness, and to help them find the light in the dark and to move forward.

Created by Paulo Manso, a graphic and motion designer from Brazil, this lyric video for Jacob Sartorius’ By Your Side has a lively hand-drawn look to it, with a vivid palette and energetic visual flourishes that are sure to catch the eye.

Gill Sans, created by eccentric typographer and animal lover Eric Gill, is a classic and reliable font that can be found in most designers’ type collections. But how much do you know about it? This motion work by Matthieu Dufour and Carl Soper will set you straight, assuming you speak French.

Ryan Perera‘s video based on a sequence from the film Kick-ass uses a hand-drawn style to reflect the brand’s comic book influences. It’s a great example of how drama and emotion can be expressed with moving type.

This lively animation by Motion Surfing uses coconut-shaped type timed with the rhythm of the song to to convey personality and energy.

08. From Paper to Screen

This masterpiece was, unbelievably, a graduation project by graphic designer Thibault de Fournas. The animation shows the evolution of typography from paper to screen in serious style. The first half of the video deals with the basic rules of typesetting, before moving on to the use of typography in cinema, with impressive effects running throughout – the tribute to Saul Bass being our favourite.

Designer Matthew Rogers is the man behind this kinetic typography animation of the words of British writer and actor Stephen Fry. A fan of this particular essay on language, Rogers decided to make it his first kinetic typography project using a combination of After Effects, Flash and Illustrator.

In just under two minutes, this kinetic typography animation reveals the 10 Commandments. The man behind the piece is designer Vit Ryznar, who completed the project using After Effects.

Let’s be frank, this J-pop tune by DJ Takuma featuring Angella Guistini is pretty forgettable, and we imagine the lyrics were sugary nonsense even before they got translated from Japanese. But the vibrant typographic video by Bait makes everything better.

The video promotes the services of UK-based, confidential, free, 24-hour counselling service for children, Childline. Following a conversation between child and advisor, the four-minute animation uses kinetic typography and abstract art to get its message across. It’s by no means an easy issue, and we think YCN Studio and Buck have done a sterling job at covering it in a powerful yet sensitive way.

American TV show Breaking Bad has won multiple awards since it first aired back in 2008. Which is hardly surprising when it includes brilliant monologues like ‘I am the danger’, in which school teacher-turned-criminal Walter White convinces his wife that he’s a dangerous man, capable of striking fear into hardened criminals.

Graphic designer, illustrator and animator Paul Cooper decided to pay homage to the infamous scene using kinetic typography. He visualises the intense scene through a series of black and white illustrations and text, all cleverly timed to each character’s lines.

Part of a two man team, designer Mig Reyes worked on this typographical motion graphic piece to The Hush Sound’s Lions Roar song. Heavily inspired by motion graphics studio MK12, the duo used After Effects to time the song’s lyrics to the brilliant typography and graphics.

This trailer for David McRaney‘s international bestselling book You are Not So Smart uses cleverly animated typography to sum up its contents. Animated, designed and produced by Plus3 productions, the perfectly timed animation is all about procrastination, and it’ll have you nodding in agreement and smiling all the way through.

Hunter S Thompson has influenced a generation of film-makers, writers and designers. This homage to the author by Piotr Kabat combines an array of design disciplines to showcase some of his finest words.

This is an amazing piece of work considering it was all done by one person. Oliver Harrison wrote the poem, composed the music and organised it all into a splendid animated whole for Channel 4’s Random Acts, and his reward was the Best Motion Graphics prize in the British Animation Awards 2014.

Oliver Smith is a 3D animator and compositor who can turn his hand at many aspects of the moving image. Inspired by ‘Weird Al’ Yankovic’s Bob Dylan parody, Bob, the song features Yankovic’s signature style and comical lyrics. Although the amusing tune is the main influence for the video, it’s Oliver’s stunning array of graphic titles and typography that really stand out.

This super-cool infographic kinetic typography animation tells the story of how online hactivist group Anonymous came together in 2003 and subsequently went on to stage various protest actions. The short animation, which uses 3D effects, electronics and text to convey the message, was created by multimedia designer Savva Tsekmas.

Artist Jarrett Heather made this kinetic typography music video for Jonathan Coulton‘s Shop Vac. The humorous animation took Heather somewhere between 500 and 1000 hours to complete. At just under three-and-a-half-minutes long, the brilliant video features a number of different fonts, all perfectly suited to the story each tells.

Celebrating their 50th anniversary with a series of gigs back in 2012, the old-time rock ‘n’ rollers released an accompanying new track that was pretty darned good. For the music video, Trunk Animation designed this great splatter style animation, which is reminiscent of Ralph Steadman‘s typographic artistry.

Another piece from graphic designer Thibault de Fournas, who has combined modern typefaces Bodoni and Didot in this beautiful animated video exploring how two extremes could be combined into a coherent whole. Stylistically, the video is centred around a series of expanding and disappearing hairlines, with cuts complementing editorial typographic layouts.