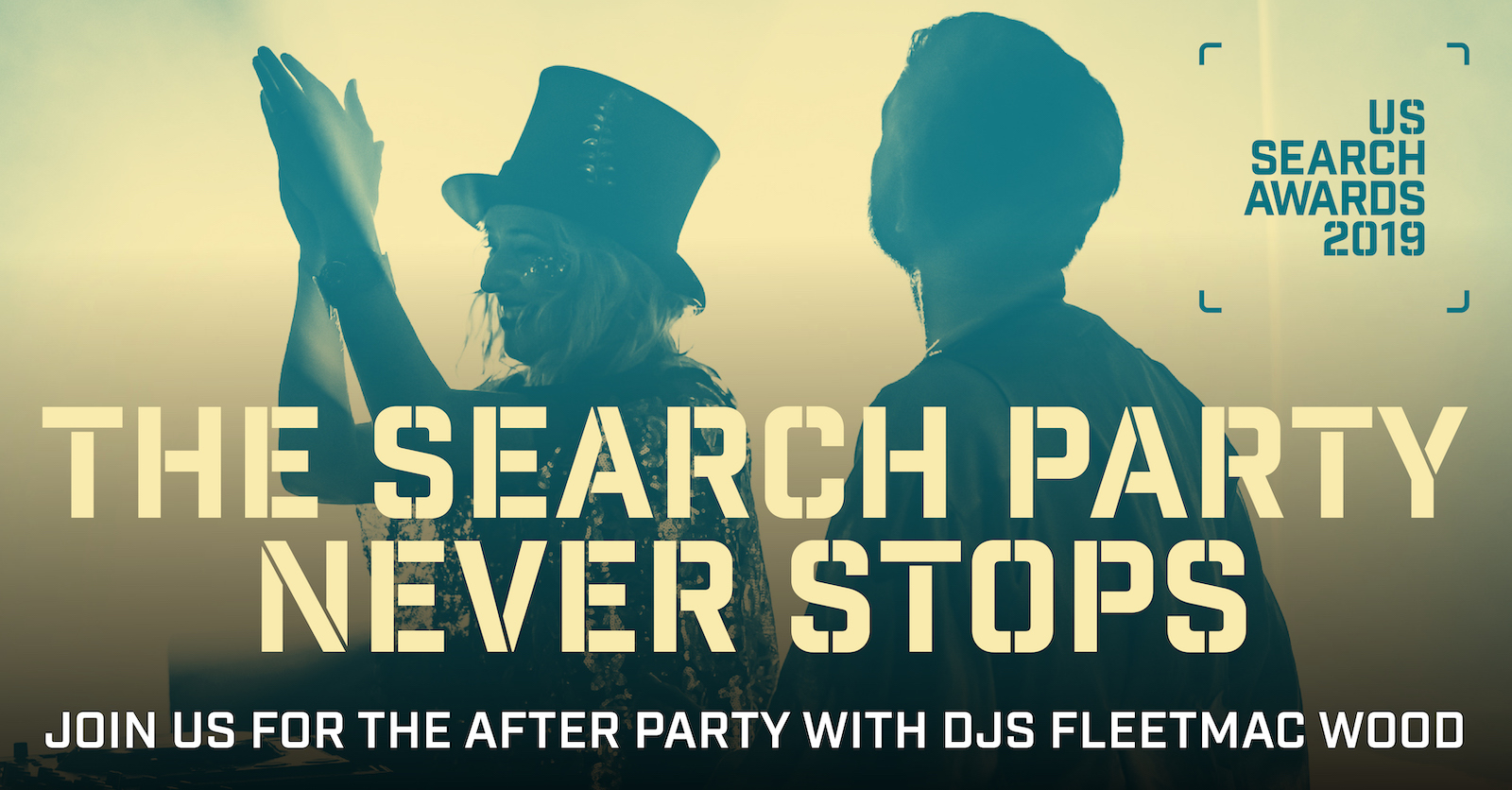 Author’s disclosure: I am a huge fan of Fleetmac Wood, so I was quite excited to discover they’ll be DJing the after-party! If you are into Fleetwood Mac at all (shout out Stevie!), you’ve got to check out what Fleetmac Wood is doing with their music. Here’s one of my favorite Fleetmac Wood tracks. And the recordings do not do justice to the live shows.

Hear ye, hear ye, Pubcon attendees: did you know the U.S. Search Awards is having their first-ever after-party?

Not only that, but they’ve managed to book a pair of up and coming DJs known as Fleetmac Wood.

LA-based, this married DJ duo has been featured at Burning Man, the comprehensive and hugely popular Glastonbury Festival, and is currently on a world tour.

From the Search Awards page: “With exclusive remixes and edits crafted for the dance floor, this DJ set and AV show is not a tribute act, but a rave that re-frames the music of Fleetwood Mac. Twirling through disco, techno and house, DJs Roxanne Roll and Smooth Sailing have taken this dance party from Berlin to Burning Man and shared their passion with like-minded hedonists around the world.”

While the fashionable younger crowd has discovered Fleetmac Wood, their music and live shows also appeal to a broader audience, including the older generations that find the mixes both inspire nostalgia and a re-discovery of a band that has a storied and still-unfolding legacy.

It’s all going down post-awards at the Sahara Las Vegas hotel on Wednesday, October 9. If you’re attending the awards itself, good news – entry is included.

If you aren’t attending the awards, no problem – you can purchase a ticket for the after-party only.

We’re giving away 4 tickets to the U.S. Search Awards after-party! To enter…

We’ll select 4 winners at random by end of day, Monday, October 7. (Does not include travel or accommodations.)

Read more about how Fleetmac Wood is igniting a new interest in the original boho rockstars.