How to Use Controversy to Get High-Quality Links via @tonynwright

How to Use Controversy to Get High-Quality Links via @tonynwright 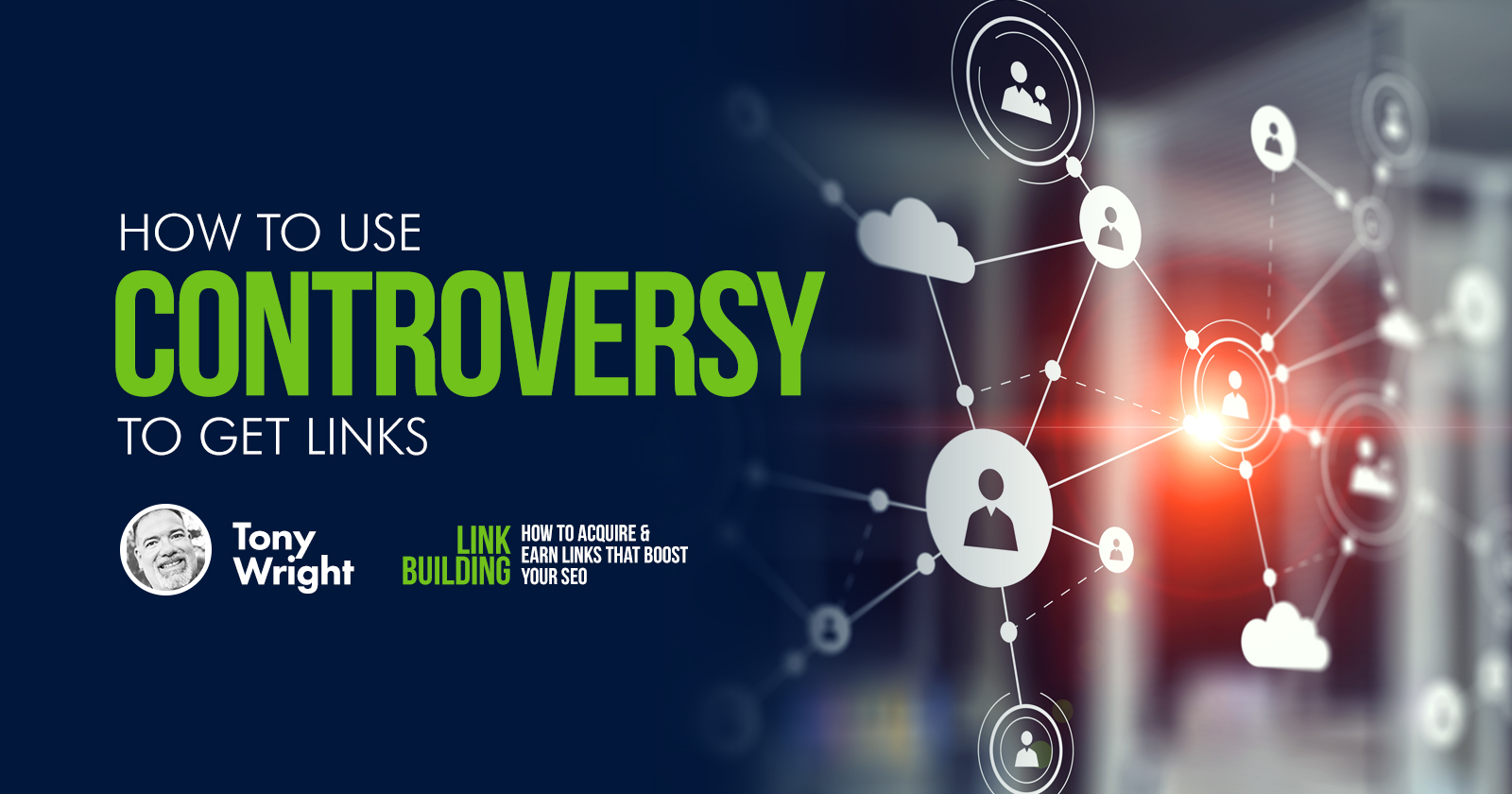 Brands that understand their audience can take advantage of taking controversial stands.

If you know how your audience feels about a particular issue, taking a stand on that issue only reinforces your brand’s relevance to your target customers.

Brands like Ben & Jerry’s, Patagonia, Heneiken, Starbucks and many others have successfully parlayed arguably controversial social stands into thousands of links from high-quality sites.

In other words, they get links from their supporters and their detractors.

Stats Show Taking a Stand Can Be Beneficial

A recent study by the public relations juggernaut, Edelman, states that more than two-thirds of worldwide consumers would buy or boycott a brand based on its social stance.

The Edelman study is conducted every year. In the latest study (2018), the increase in consumers that cared about a brand’s social stance increased by 13%, the highest increase in the history of the study.

More than half of the people surveyed in the study believed that brands play a more powerful role in social change than the government.

Increasingly, consumers are going to want to know what the social stance of a brand is. And that will affect not only SEO, but sales and the bottom line.

Obviously, if your brand takes a stand, the benefits (or in the case of mistake, fallout) goes far beyond SEO and link building.

But make no mistake, links flow to brands that are willing to stick their neck out and take a stand.

When I was a journalist, the saying was “if it bleeds, it leads.”

Our job was to sell papers, and we knew that a car wreck or an accident would make the papers fly off the shelf.

The same is true in today’s modern journalism.

Journalists look for brands to take stands – particularly bold stand – either hoping for a trainwreck or a triumph.

The journalist doesn’t really care which, as long as the clicks come in.

And the best links come from journalists and online influencers.

The saying “I don’t care what you say about me, just spell my name right” has never been truer than in the battle for high-quality links.

But You Must Know Your Audience

In order to employ this tactic successfully, you must know your audience.

If you don’t know how your audience thinks, you stand to lose a lot more than a decent search engine presence.

If your core audience turns on you because of a social stance, you could lose your business.

I’m not just talking about merely understanding your audience demographics and buying patterns.

You need to understand:

Understanding your audience does not happen by following your intuition.

There is plenty of data out there to help you understand your audience from a macro level, but if you can ask your audience directly what they think, that is always the best.

Think of yourself similar to a political pollster, trying to figure out the issues that are important to your constituents. Because essentially, that’s what you are doing.

Work to create a statistically valid sampling of your audience and poll them.

If you must, incentivize the audience to tell you what they think, do it.

Understand incentivizing can skew results, so best to hire someone who knows what they are doing when it comes to polling if you can afford to.

If You Don’t Know Your Audience, Don’t Take a Stand

If you don’t understand your audience, don’t take a stand. Period.

Just ask the folks at the Komen Race for the Cure, who are still recovering from their controversial decision to stop funding Planned Parenthood almost a decade ago.

You stand must also be authentic to your brand.

The buying public, as well as the gatekeepers of links, know when a brand is jumping on a social stance bandwagon.

It’s easy to see through a brand’s thinly veiled effort to ride the wave of the social consciousness theme of the month.

Just ask Pepsi about the backlash it received from a commercial that never actually aired on broadcast television.

A commercial in which a “work” Kendall Jennings walked through a nebulous youth protest, only to share a Pepsi with a handsome police officer waiting to restore order.

This commercial garnered a ton of links – but I think Pepsi would rather it have never aired based on the headaches it caused for the brands.

But if you know your audience, be vocal about the causes that are important to them.

Don’t be afraid to take a stand that your audience will appreciate.

Downsides of Taking a Stand

Taking a stand can be somewhat exhausting.

There will be those who oppose your stance that will work to harm you online.

If you have extremely limited resources to combat your detractors, taking a controversial stand might not be feasible, no matter how well it will play with your target audience.

But if you can fight the trolls, the links you can garner from taking a stand are well worth the risks.

So You Took a Stand, Now What?

Once you have taken a stand, you aren’t done. You need to create a campaign to let folks know about your stand.

Just like in the last tactic, you need to make sure that the important folks know about the stand you’ve taken.

Again, don’t play a numbers game with your outreach.

Find the most important folks, and make sure they are aware of your stand.

This list will most likely be different from your other lists, as you’ll want to find the influencers that are particularly interested in the stand you take.

There is no way to understand how many links your brand will obtain by taking a stand.

As with anything, your mileage may vary.

One thing I can promise – taking a well-thought-out public social stand will boost your audience loyalty as well as your links.

Taking a stand isn’t for the faint at heart.

You have to plan it right, and most of all, know your customers and audience.

You have to be cognizant that trolls are inevitable, and you’ll need to deal with them.

But in the end, the results are worth the effort.

Timeframe: This tactic is campaign based.

Results detected: In many cases, results are immediate.

Average links sent per month: No way to know how many links – varies greatly across issues and verticals.