Harry Styles’ new site will give you a personalised compliment

Harry Styles’ new site will give you a personalised compliment 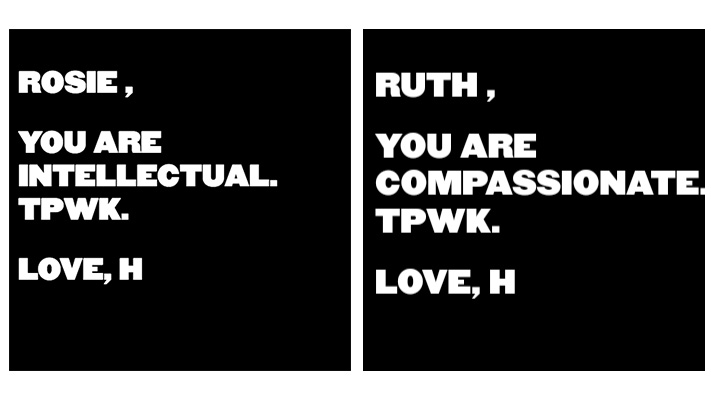 Do You Know Who You Are? Well – do you? If not, there’s only one place you should be heading, and that is Harry Styles’ new website. Type your name in, and you’ll get a personalised message from the 1D teenybopper heartthrob turned flamboyant soloist (or perhaps his marketing team). The message is rounded off with TPWK (‘Treat people with kindness’ – one of Styles’ trademark phrases), Love H (Harry).

You can see some of the Creative Bloq team’s messages below. We think they’re very accurate, although one of our freelancers got ‘You’re a bit needy, but it’s OK’, which he was less pleased with. He declined to screengrab.

Visit the site yourself for your own personalised message, and find out a deep truth about yourself that you never knew.

The site is entitled DYKWYA (Do You Know Who You Are? – HS sure loves an acronym), and speculation is raging amongst fans that it’s a sign a new album is about to drop. It forms part of a wider campaign that began with some cryptic billboard advertising – a number of signs bearing the message ‘Do You Know Who You Are? TPWK’ began popping up.

So while we’re partly writing this because it’s Friday and it’s a bit of fun, the campaign is actually pretty smart. The absence of overt branding, coupled with a drip-feed of cryptic information is a great promotional strategy that makes the most of the truly fanatical nature of Styles’ fans.