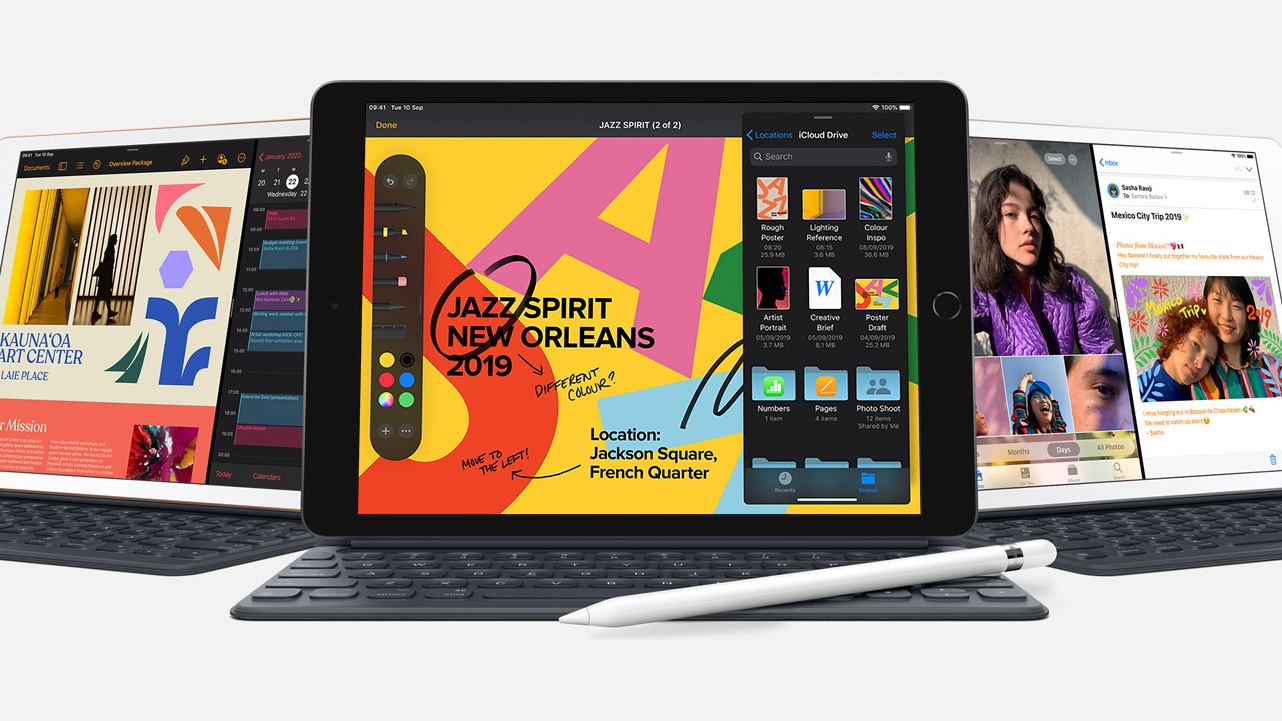 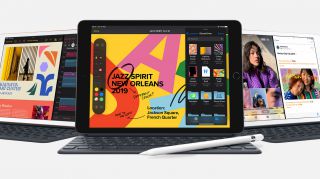 The best iPad Black Friday deals tend to sell out quickly. And with Black Friday 2019 just around the corner, if you’re looking to buy a new iPad, you may want to hang on just a bit longer before bagging yourself a super Black Friday iPad deal. Retailers kicked off their sales early in 2018, and we’re starting to see some discounts cropping up already – although we predict things will kick off properly around the start of November this year. While there will undoubtedly be some excellent discounts on the day itself (29 November), it’s worth paying attention to these early Black Friday iPad deals, as there can be some great discounts in there.

In this article, we’ll share all the best iPad Black Friday deals as soon as they appear. Because we’re a bit early, at the moment you’ll mostly find our predictions, so you can go into the event fully prepared. Use the jump links opposite to check out the section on the product you’re interested in.

Which iPad should you buy? That largely depends on your requirements. The key things to consider are screen size, memory, the processor (or chip), as well as compatibility. You also need to think about whether you’re happy with just using WiFi or you want a Cellular connection too. Having both will cost more, so consider whether you’ll need to be using your iPad on the go or not. For more in-depth advice, jump to the bottom of this article for the which iPad should I buy? section.

As offers on Apple products are rare, we’re likely to see iPad deals at an absolute maximum of around 40 per cent off. But that’s still a fair amount off (especially when prices run into the several hundreds) – and even with smaller discounts, anything is better than paying full whack.

There are even some early iPad Black Friday deals appearing right now, such as a (albeit small) discount on the brand new 10.2-inch Apple iPad from Amazon. And there’s also money off the 11-inch iPad Pro model from Amazon. We’d even expect some iPad 12.9 Black Friday discounts to start rolling in soon.

Not quite what you’re looking for? Bookmark our Black Friday deals hub to see all the best offers on a range of creative kit, or if you’re an Apple fan through and through, then see our best Apple Black Friday deals.

Apple isn’t exactly renowned for rolling out massive price cuts on its gear – it usually offers gift cards – so if you’re hoping for some epic Black Friday iPad deals then you’d be wise to temper your expectations a little. That said, Apple has just announced the latest 10.2-inch model, and there’s already some small discounts being offered by the likes of Amazon. Last year, you could pick up a discounted iPad at Walmart, Currys, Very, John Lewis and Amazon on Black Friday and Cyber Monday.

We even saw discounts on the 2018 11 iPad Pro and 12.9 iPad Pro models, so as these models age, it’s a fair bet that you’ll be able to snag some significant Black Friday and Cyber Monday iPad Pro deals, especially on pre-2018 iPad Pros.

We may also see discounts on the 9.7-inch iPad, which received a major update in 2018, adding Apple Pencil compatibility among other things. If using a Pencil isn’t high on your list of priorities then you’ll be likely to save on a 2017 model if you shop around. If you’re after an iPad Air or iPad mini, you’re also likely to save on older stock, and may even get a bit off the newer models.

Read on to grab anything from an iPad mini, Apple’s new 10.2-inch entry level model to a hefty iPad Pro 12.9-inch without paying full whack.

The best Black Friday iPad deals were on the older models, such as the 2017 iPads, last year, but as the 9.7-inch (2018) model has just been super-seeded by the 10.2-inch model, there could be discounts ahead for the 9.7-inch model.

Deals on older iPads are below:

In 2018, this is the sort of discount we sort on the standard iPads.

These are the best prices right now on the hottest iPad Pro – the iPad 12.9-inch model.

These are the best deals right now on the other iPad Pros, including the 11-inch (2018) iPad Pro model.

Last year we saw the following iPad Black Friday deals, including an iPad Walmart deal that flew off the shelves.

We don’t expect to see many hefty discounts on the newest iPad Air this year, but deals on older iPad Airs are much easier to come by.

Last year there were iPad deals on the discontinued iPad Air 2.

Here are all the best iPad mini deals at the moment. Fingers crossed they’ll get even better as Cyber Monday and Black Friday roll ever nearer.

Save $150: The Apple iPad Mini 4 is a nifty little piece of kit that is great for creating on the move, although it may be a bit small if you want to get really creative. This 2015 device has had 38% knocked off the price this Back Friday. Out of stock.
View Deal

How to get the best iPad Black Friday deals

If there’s one thing you can be sure of when it comes to the best Black Friday iPad deals, it’s that they’re going to be in short supply, and serious discounts are going to be even more rare, so you’re going to need to be prepared to leap on a good deal as soon as you spot it. The best offers are likely to appear as lightning deals with limited stock available, so keep checking back here for news on them as soon as they come up.

For the best chance of finding great Black Friday Apple iPad deals, you’ll need to keep an eye on as many retailers as possible; Amazon had some good deals last year and you can expect some more this time around, but you’re also likely to find savings from eBay and John Lewis as well as major electrical stores. If you’re in the USA, watch out for iPad deals from Walmart and Newegg, while in the UK firms such as Currys PC World and Very are likely to come up with the goods.

Decide in advance roughly what model you’re after; do you want a standard iPad, a Pro, a Mini or an Air? And watch out for retailers shifting older models at knock-down prices; they’ll look pretty much the same but you’ll have to make do with poorer performance than the latest iPads, especially if you’re running iOS 12 on aged stock.

Finally, try to overcome your Black Friday excitement and take the same care you would for any other major purchase. Check for cashback offers, make sure the guarantee’s going to cover you if something goes wrong, and make sure you keep your receipt in case you need to return your shiny new purchase.

Which iPad should I buy?

If you’re likely to fill up your iPad with photos, videos and music then you should naturally opt for as much storage as you can comfortably afford (up to 1TB on the iPad Pro), but do you really need to pay the extra for a cellular model? The smarter option is to tether a Wi-Fi iPad to your iPhone, and use that for a mobile signal when you’re out of range.

The slightly smaller (and cheaper) iPad Pro 11-inch (2018) is another excellent choice for creatives, and has the same super-charged A12X Bionic chip. Both the iPad Pro models work with the second generation Apple Pencil – although you’ll have to buy that separately – see our Apple Pencil deals. The Apple Pencil 2 attaches magnetically to the iPad, where it also charges and pairs, and it’s one of the best styluses available for drawing. Both models are available with 64GB. 256GB, 512GB or 1TB of memory.

Other iPads include the iPad mini (see our iPad mini review here), which has a A12 chip and 7.9-inch screen. It’s extra portable, as the name suggests, and is compatible with first generation Apple Pencil.

There’s also the iPad Air, which has 10.5-inch display and also has an A12 chip, plus several older models of the iPad. The 2017 versions have previously been on sale over Black Friday, so you may be able to pick up a Black Friday iPad deal on one of them. When looking at older iPads, remember that if you want to use your new iPad for drawing then be sure to plump for a model with Apple Pencil support.