FTC Rules that Selling Followers and Likes is Illegal, Along with Posting Fake Reviews

FTC Rules that Selling Followers and Likes is Illegal, Along with Posting Fake Reviews

This could prompt fake like and engagement sellers to re-think their practices.

This week, the FTC has fined Florida businessman German Calas, Jr. $2.5 million over the sale of “fake indicators of social media influence”, while it’s also issued a warning to Sunday Riley, whom the FTC says had written fake reviews of her company’s products on Sephora’s website, and had also ordered her employees to do the same.

Both cases could have significant implications for the broader digital marketplace. In the first, Calas, who had been in charge of a company called Devumi, has been handed a significant fine in what could prove to be a benchmark case for online fake sellers.

Devumi was the subject of a major New York Times investigation last year, which found that the company had been selling likes and followers to a range of celebrities and online influencers in order to inflate their perceived presence. 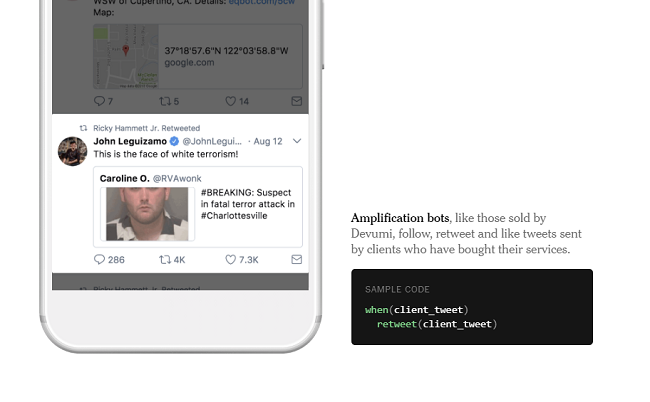 As explained in the NYT report:

“Devumi sells Twitter followers and retweets to celebrities, businesses and anyone who wants to appear more popular or exert influence online. Drawing on an estimated stock of at least 3.5 million automated accounts, each sold many times over, the company has provided customers with more than 200 million Twitter followers, a New York Times investigation found.”

Devumi was forced to shut down shortly after the publication of the NYT expose, but the company had reportedly generated around $15 million in revenue from dealing digital fakes.

Back in January, Devumi agreed a $50,000 settlement with the New York Attorney General’s office. The FTC says that this additional $2.5m fine will be suspended once Mr Calas has paid $250,000, but will be imposed in full if Calas “is later found to have misrepresented his financial condition”.

The case could pave the way for further legal action on the same grounds, using the Devumi case as precedent. Indeed, shortly after the initial finding by the NY Attorney General, Facebook announced that it was moving ahead with legal action against several providers which it had found to be dealing in fake social media engagement.

All in all, the case sets a new parameter for potential legal action against fake social engagement sellers, which will likely deter many from taking the risk in future. Of course, there’s still a level of complexity in pursuing legal action against providers with no US presence, but Facebook has already extended its push to fake like sellers originating from China. The time may soon be up for fake sellers – and for those who’ve bought their way to significant social media followings.

In the second case, popular skincare brand Sunday Riley agreed to a settlement with the FTC over allegations that the company had faked reviews on Sephora’s website in order to boost its sales.

As reported by BuzzFeed News:

“The complaint alleges that in a July 2016 email, [CEO Sunday] Riley instructed her staff to each create three different accounts on Sephora’s website using different identities, and to use VPNs to mask their identities. To do so, she allegedly told employees to make up names, cities, and skin types for these new personas and set up fake email accounts for each one.”

The employees would then post positive reviews of Sunday Riley products, and give negative reviews to competitor products.

As part of the settlement agreement, Sunday Riley will not have to issue refunds, or even admit any wrongdoing, but it has promised not to undertake any such practices in future. Which seems like a fairly light rebuke, but potentially, the brand damage suffered as a result will end up having a significant impact.

Both cases highlight key areas of growing concern as more of our business interactions shift into the online realm, and both also set a level of precedent for future action against the same types of illegitimate activity.

Put simply, these practices are fraud, designed to mislead consumers, and the fact that we’re now seeing solid action, particularly in the case of fake like sellers, is a positive step.

Hopefully this will be the beginning of the end for such. Scammers will always find more ways to cheat, and more customers for such services. But again, as more of our everyday actions, and business transactions, shift online, it’s becoming more important that these deceptive activities are taken seriously.