Google’s John Mueller On Link Velocity and Penalties via @martinibuster

Google’s John Mueller On Link Velocity and Penalties via @martinibuster 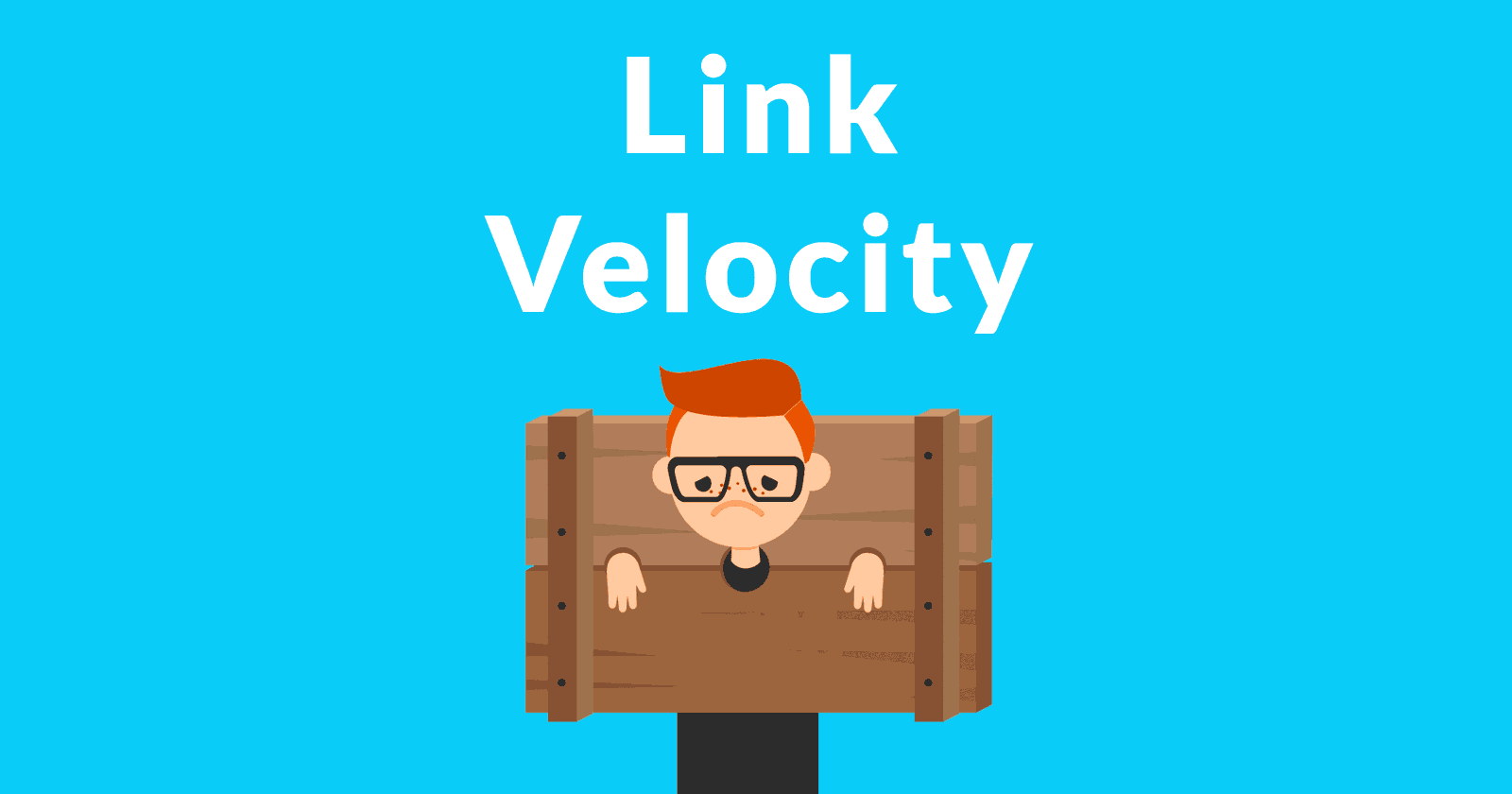 Some of the people who promote the idea of link velocity don’t cite patents or research papers to support their ideas. That automatically makes their claims speculative and not factual.

It’s important to point out that the idea of link velocity was created by the SEO community.

The idea is based on the discovery of a patent. The patent, among many things, mentions measuring the growth of links in the context of time. The patent is named, Information Retrieval Based on Historical Data.

This patent is about a lot of things. For example, it discusses understanding whether an older web page is outdated and if a newer page is more relevant.

The patent contains information that contradicts the idea of link velocity.

This is what it says:

“Consider the example of a document with an inception date of yesterday that is referenced by 10 back links.

This document may be scored higher by search engine 125 than a document with an inception date of 10 years ago that is referenced by 100 back links because the rate of link growth for the former is relatively higher than the latter.”

See how that contradicts the idea of link velocity?

That passage highlights the propensity of some SEOs to pick which part of a patent they will believe because it fits their experience and which part they choose to ignore because it does not fit their narrative of how search engines work.

The patent has more to say about links:

“While a spiky rate of growth in the number of back links may be a factor used by search engine 125 to score documents, it may also signal an attempt to spam search engine 125. Accordingly, in this situation, search engine 125 may actually lower the score of a document(s) to reduce the effect of spamming.”

It says that a “spiky rate of growth” in backlinks could cause the search engine to lower the score.

That’s not just semantics. The patent uses the word “spiky” one more time in the context of web graphs. Web graphs mean a map of the Internet as connected by links.

This is what the patent says:

Synthetically generated web graphs, which are usually indicative of an intent to spam, are based on coordinated decisions, causing the profile of growth in anchor words/bigrams/phrases to likely be relatively spiky.”

A spiky rate of growth can manifest over the course of months. That’s a big difference from the link velocity idea that proposes that a large amount of links acquired in a short period will result in a penalty.

A site that attains sudden popularity and a lot of links fast could be indicative of increased topicality. In that case Google would actually promote that page higher. That’s part of the Query Deserves Freshness update.

A Google update from 2011, Query Deserves Freshness, promotes new content that is topical which can be signaled by an increase in recent links.

So to wrap up:

Yes, that’s an old patent. So, apart from the fact that the patent discusses rewarding quickly obtained links and talks about spiky rates of growth and not link velocity, it’s an old patent.

That makes it less likely to still be a significant part of today’s algorithms. Even PageRank was replaced in 2006.

So all of that is the background on link velocity.

This is What Mueller Says About Link Velocity

Will Link Velocity Cause a Penalty?

“If I build 200 backlinks in two days and didn’t perform any link building for years will Google still see this as black hat and penalize me?

What about link velocity?”

“From my point of view if you’re jumping in with a question like this and you’re saying I’m going to get 200 backlinks in two days… then that sounds a lot like you’re not getting natural backlinks.

That sounds a lot like you’re going off and just buying them or having someone buy them for you. And that itself would be kind of the thing that we would not be happy with.”

Whether a Link is Natural is What Counts

Mueller is setting aside the link velocity question and focusing on how natural the links are.

He specifically says that the quality of the links being purchased is what will cause Google to take action, not the speed of the link acquisition.

Mueller then circles back and addresses the so-called “link velocity.”

This is what John Mueller says about link velocity:

“So it’s not so much a matter of how many links you get in which time period. It’s really just… if these are links that are unnatural or from our point of view problematic then they would be problematic.

It’s like it doesn’t really matter how many or in which time.“

That is a clear statement that the quality of the links, whether they are natural or unnatural is what counts.

Mueller states that the rate of link acquisition and the time period those links are acquired in are not a factor.

Some in the industry will continue to hold on to the idea of link velocity. Many will say that their experience proves it exists.

But what one sees is one thing. What caused what is seen is something else. Two different things.

I have provided the background showing where the idea of link velocity came from and why it’s never been an accurate SEO theory. John Mueller’s response seems to confirm that the concept of link velocity is not a factor. More importantly, Mueller confirms that it’s factors specific to the link themselves that matter.

Watch and listen to John Mueller answer the question here: