Barry Schwartz on Covering SEO News, Productivity & How to Grow a Business [PODCAST]

Barry Schwartz on Covering SEO News, Productivity & How to Grow a Business [PODCAST] 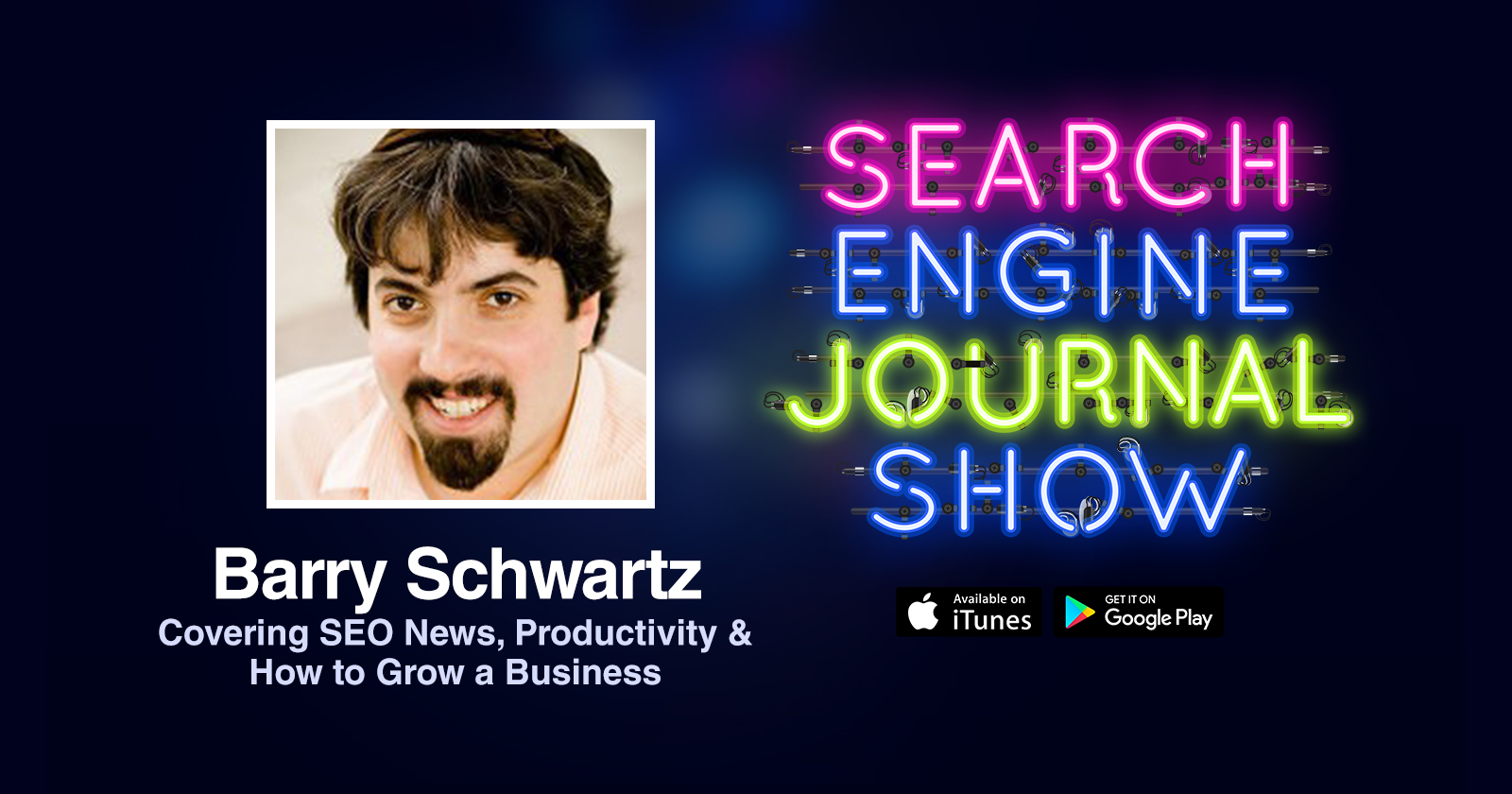 “I personally always joke around on some level that emotions get in the way of running an effective business or doing something that you need to do. If you could take out the emotion, things would be a lot smoother and easier… Not having that emotional factor does help a lot, especially when writing about stuff in our industry.”

Barry Schwartz has been consistently pumping out 5 to 10 articles per day on search since 2004.

There are days when he isn’t in the mood to write, but he does it anyway. “Who cares if I’m in the mood for it or not? I just do what I’m supposed to do.”

Barry is very much into consistency, routine, and efficiency – qualities which he says work together well in terms of doing something for a really, really long time.

After nearly 16 years of covering search and over 50,000 stories published, Barry shows no signs of slowing down. And that’s good news for the community.

In today’s edition of The Search Engine Journal Show, I talk to Barry Schwartz – an SEO pro you definitely need to know better.

Barry Schwartz is the CEO of RustyBrick, which is a New York-based web services firm.

He’s been covering the search industry for more than 15 years both as the founder of Search Engine Roundtable and he’s been the news editor for Search Engine Land since the site launched.

In the past, he was also news editor for Search Engine Watch, and he’s also been a moderator at several search marketing forums.

You can regularly see him speaking, moderating, and live blogging like a fiend at the SMX Conference series, as well as many other marketing and technology events.

In 2018, Barry was named the U.S. Search Personality of the Year at the U.S. Search Awards. And in 2019, he was awarded the Outstanding Community Services Award by Search Engine Land.

Listen to this episode and get inspired by Barry’s exceptional work ethic, no nonsense approach to covering SEO news, genuine dedication to our community, and more.

Links from the Episode

How to connect with Barry Schwartz:

To listen to this Search Engine Show: Better Know an SEO Pro Podcast with Barry Schwartz: