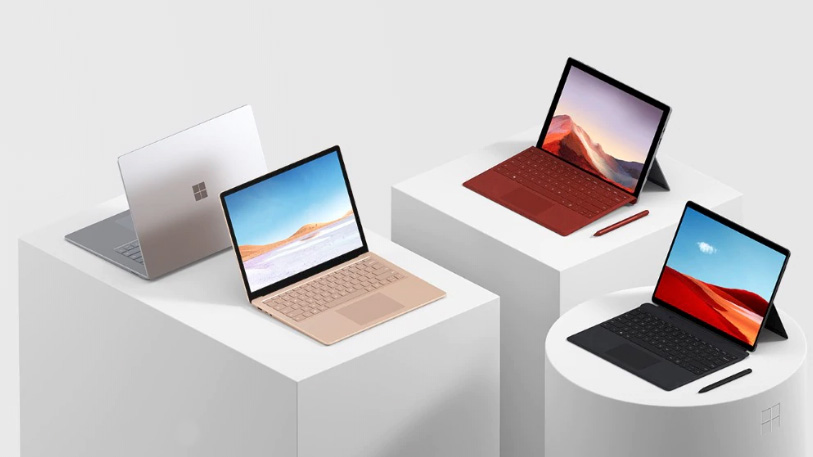 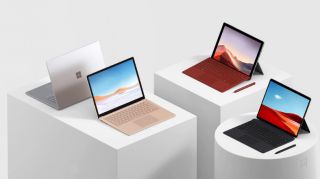 If there’s one thing we’ve learnt in recent years, it’s that Surface Pro Black Friday deals offer some of the best discounts you’ll find in the retail bonanza. And this year looks to be just as good. But if you get confused by all the deals soon to be flying around, never fear, we’re here to help you get the best Surface Pro Black Friday (or Surface Pro Cyber Monday) deals. In this article, you’ll find all you need to know to bag a bargain on Microsoft’s leading 2-in1 tablet/laptop.

Black Friday isn’t upon us yet (this year’s event takes place on 29 November, with Cyber Monday following on 2 December), so for now we’ll be offering all our predictions for 2019: the kinds of Surface Pro Black Friday deals we expect to see, which models will be discounted, and where to look for the best bargains.

If you’ve landed on this buying guide, you will no doubt already be aware of some of the features that make Surface Pros such a sought-after device. They’re packed full of features creatives will love: gorgeous screen, super-powerful, stylish design, running the full desktop version of Windows, for example. But there’s also a few under-the-radar features that you might not be aware of, including taking screenshots with a Surface Pen, collaborating remotely in real time and gaze correction (more info here). Add all of that up and it’s no wonder you’re thinking of buying one of these smart machines.

And very soon you can get one for less. In the run-up to the shopping event, we’ll update the article with all the early Surface Pro Black Friday and Cyber Monday deals. Then on the 29 November through to 1 December, we’ll be working tirelessly to bring you all the very best offers as soon as they go live.

Which Surface Pro models will be getting a Black Friday and Cyber Monday 2019 discount?

On Black Friday 2018 and Amazon Prime Day 2019, we’ve saw a number of strong discounts on the Surface Pro, and we expect this to be the case for Black Friday and Cyber Monday this year, too.

Are we going to see any offers on the new Surface Pros? Well normally we’d say no. Typically retailers focus on slightly older stock for their sales. However, over last year’s holiday event, many bucked this trend by knocking down the price of the then-brand-new Surface Pro 6. There’s nothing to say the same thing won’t happen with the Surface Pro 7 or Pro X this year, if those are the models you have your heart set on. Of course, we’ll share any deals here as soon as we hear of them.

Last year we saw plenty of strong Surface Pro 6 Black Friday deals, as well as great bargains to be had across the year, for those who were keeping their eyes open for them. Retailers to look at include Amazon and the Microsoft online store, plus Best Buy, Walmart and Costco in US, and John Lewis, Very, AO and Currys in UK.

Check the price widget below to see the best prices available right now in your region.

For a better idea of the kind of Black Friday 2019 Surface Pro 6 deals we might expect, and which retailers to look out for, read on for a selection of the best discounts we’ve seen on this product since its release last October. Remember, this is an older model now, so we predict lower prices this year on the Pro 6.

Save $260: You could pick up a Surface Pro 6 with i5 processor and 128GB storage plus a platinum type cover with $260 off in the Microsoft store in this early Black Friday 2018 bundle deal.

Save $329: Microsoft dropped the price of its Surface Pro Core M with a Platinum type cover from just under $930 to $699.99. This bundle sold out over Black Friday.View Deal

Save £344 – This January deal slashed a huge £344 off the price of the Microsoft Surface Pro. The model sits at the higher end of the specs list, with an eight-gem Core i7 processor, 16GB of RAM and a 512GB SSD. Bargain.

For more bargains in the Surface range (and more), take a look at our predictions for the best Microsoft Black Friday deals 2019, or our general guide to nailing Black Friday and Cyber Monday 2019.

It sounds extreme, but to make sure you get the best Surface Pro Black Friday (or Surface Pro Cyber Monday) deal this year, you need a game plan. Step one is to bookmark this page. We’ll be keeping it updated with a curated list of the best offers from the most reliable retailers, in the run-up to Black Friday and during the event itself.

While you’ll likely find some good offers on the Microsoft online store itself, a number of other retailers will also be offering great discounts, from Walmart and Best Buy to John Lewis and Very. Keeping on top of all the different Surface Pro Black Friday deals is tricky, which is why we’re taking the hard work out by collecting them in one place (you’re welcome).

Second, remember that while there’ll plenty of hot offers on Black Friday and Cyber Monday themselves, those aren’t the only days you’ll be able to pick up a bargain machine. Eager retailers have been rolling out offers earlier and earlier each year – and with Black Friday falling relatively late this year, we definitely expect some good early deals. In 2018, there were competitive offers popping up from early November.

To make the most of the offers, it’s worth checking for add-ons such as software, keyboards and covers, or gift cards that will make your deal even better. It’s also worth considering refurbished models – there are some great bargains to be had on pre-owned products.

The very best deals won’t stick around forever (many will sell out on the day). If you’re reading this article, you’re already ahead of the game – make the most of the weeks running up to the 29 November to figure out which Surface Pro product is right for you (how much storage do you need? How powerful should it be?), so you know what to focus on and don’t end up panic buying the wrong model.