Facebook has announced that it’s implementing some updates to its video view metrics as of this month.

In addition to this, Facebook is also renaming eleven of its video view metrics. 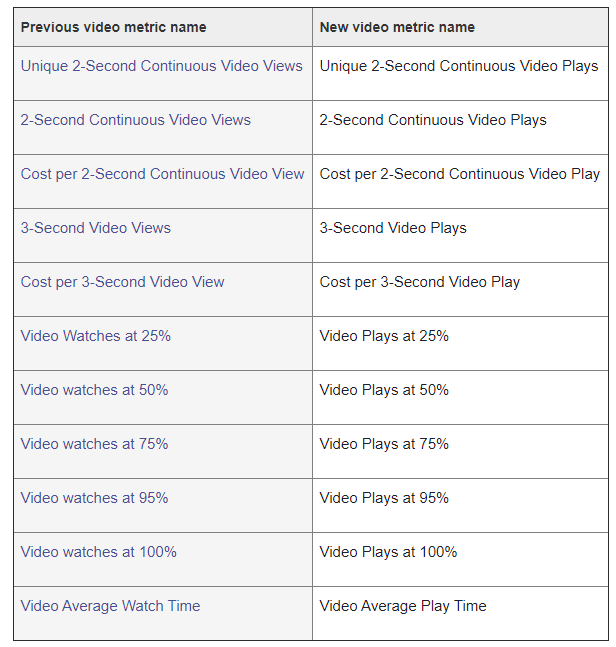 Facebook says that it’s making these changes “to make the names clearer and more consistent”.

Please note that these are merely naming updates. There will be no change to how these metrics are calculated. See the links below for detailed definitions of each metric.

Given there’s no impact beyond the titles for each, the changes shouldn’t cause any major issues – though as always, this will depend on how you’ve been using Facebook’s video metrics, which aspects relate to your own reporting, etc.

Though it is interesting to note the change from ‘video views’ to ‘video plays’. After various issues with its video ad metrics in the past, Facebook’s looking to be super clear on the fact that it’s not necessarily saying people are watching your videos, even if they are playing screen.

Again, how that interpretation impacts your strategy will come down to your specific approach.

You can read more about Facebook’s video metrics updates here.