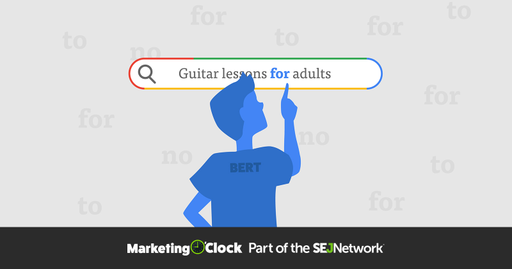 Greg Finn and Christine “Shep” Zirnheld are delivering the biggest news in digital marketing on the latest episode of Marketing O’Clock, part of the SEJ Podcast Network.

Mr. Zuckerberg and Mr. Dorsey have starkly different stances on political advertising. But @bafeldman has us thinking more about what might be influencing Facebook’s view on the matter.

Are they a toll booth? Or worse?

We’ll tell you everything you need to know about Facebook’s new ad format and Google Merchant Center updates. Plus, Greg has a “rant.new” about Google’s custom shortcut domains.

And, of course, we’ll cover the main news stories of the week:

We promise you won’t hear any Ernie jokes from us! Greg shares what all the fuss is about BERT and breaks down what this new update will mean for rankings.

Shep tells you the key features of the News tab and Greg has thoughts about the photo Facebook chose for the announcement.

Shep explains CEO Jack Dorsey’s stance on the topic which is starkly different than that of another social media giant.

Greg gives a eulogy for the software which will no longer be indexed for Google Search.

Plus, we share John Henshaw’s fiery take on the news:

Not goodbye, but good riddancehttps://t.co/HNMUYcvNXg

Head over to the Marketing O’Clock site to read the full show notes from the latest episode. While you’re there, please be sure to subscribe so you don’t miss a single episode.