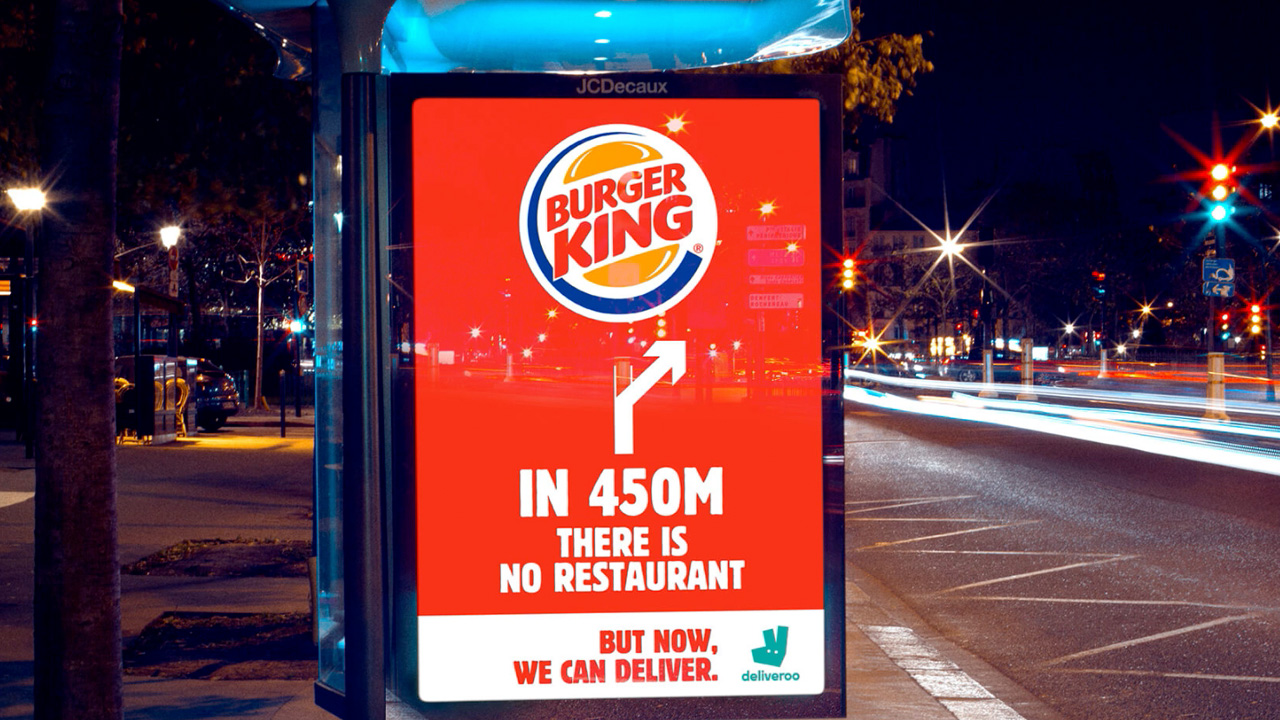 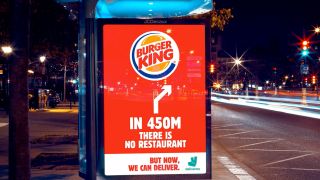 When you fancy a Burger King, you want it there and then. You don’t want to be wandering around for too long looking for a restaurant. But that is exactly what you might be doing if you don’t pay attention to Burger King’s new French billboard campaign.

The campaign – produced by Buzzman Paris – aims to promote Burger King’s new Deliveroo service. Signs appear to direct potential customers to the nearest Burger King restaurant. But on closer inspection, punters will find they are not getting directions at all. We don’t think this one is gonna make it into our list of the best billboard advertising.

The signs are marked with 180m, 200m, 400m and 450m distances and a graphic pointing the viewer to an imaginary location. There is even one indoor sign that informs the onlooker that they need to go to level minus three to eat. But, there is no restaurant on level minus three (or even level three). How miffed would you be if you want all the way there to find no restaurant?

Look a bit more closely and you’ll spot the Deliveroo reference at the bottom of the sign. But we doubt that those who did read right to the bottom would really order a BK and sit and wait for someone on a bike to try and find them.

With people’s attention spans getting shorter and shorter, we’re not sure that this Burger King campaign will have the desired effect. You could argue it’s smart, but you’re probably more likely to say the opposite. You could also argue that it will be simply plain annoying and counterproductive for those craving a Burger King. And they’d still be hungry.