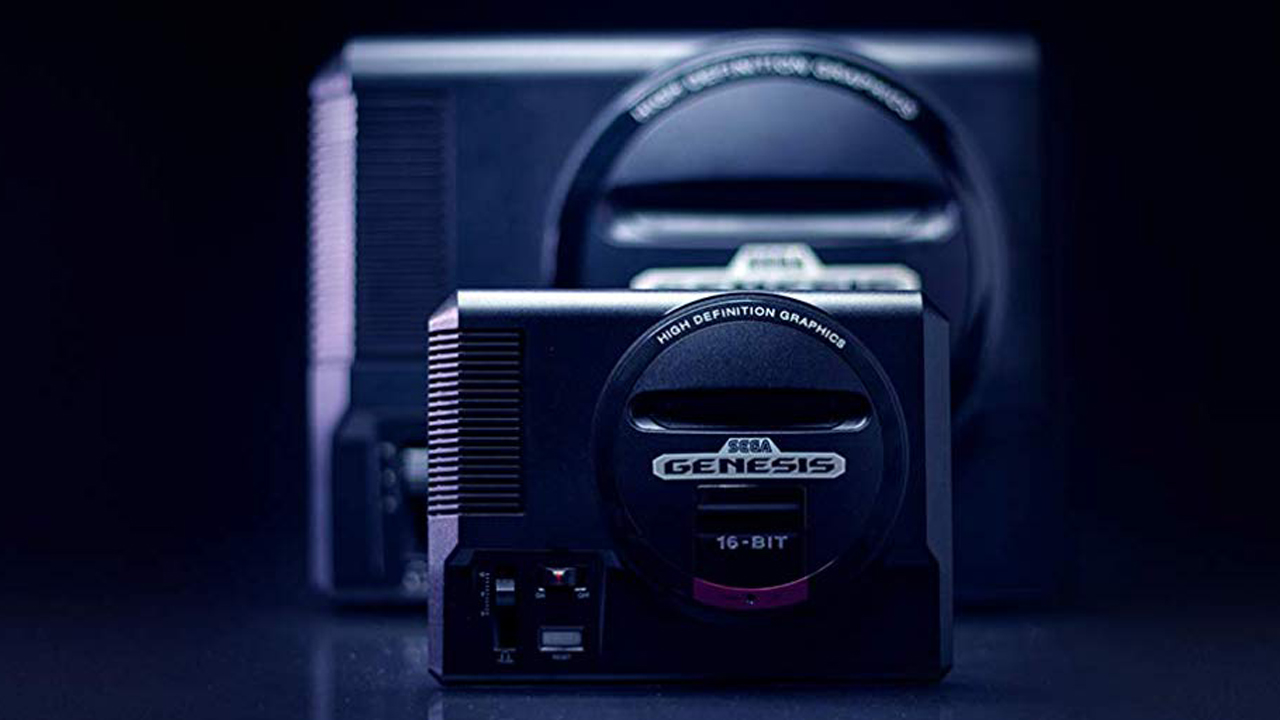 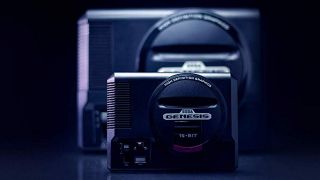 The best retro gaming consoles are your gateway to years gone by. They resuscitate machines from decades past, and with the machines come the most popular games from that era. Fans of SEGA, Nintendo, PlayStation, Atari, and beyond won’t be disappointed. In fact, all the big hitters from the ’80s and ’90s are available.

Although machines are usually smaller than the real deal and feature upgraded ports for HDMI and USB cables, the original design isn’t touched – these may as well be museum exhibits in miniature. That’s something of a relief as the best retro consoles are based on some of the most iconic designs in technology, and they recreate every detail perfectly (even down to regional changes, as with the SNES or Genesis/MegaDrive).

In this post, we round up the most exceptional choices – and some even have discounts that must be up there with the best Black Friday deals. And if all this talk of retro styling has given you a taste for years gone by, check out our list of awesome retro fonts.

Before we get started, here’s a quick word of warning: be sure to check which games are included in your retro gaming console of choice. Because the vast majority of them included 20-30 titles, the one you’re looking for may not have made the cut.

Great attention to detail in build, localisation, and menu

If you grew up in the 1990s, you often fell into one of two camps – team SEGA or team Nintendo. This particular throwback honors what may be the former’s best work. For starters, it’s a gorgeous device that’s the spitting image of the original. That includes the various dials and switches, but it also stretches to a cartridge slot you can actually open and blow the dust from (despite the Mini not using cartridges in the first place).

Better still, it packs 42 classic games drawn from the breadth of the Genesis/MegaDrive era. That includes obvious candidates like Sonic the Hedgehog and Ecco the Dolphin, but you also get more unusual choices such as Castle of Illusion starring Mickey Mouse. Most of these games have aged well, too; their 16-bit graphics are every bit as full of life and verve as they were decades ago. There’s even a brand-new menu soundtrack by 16-bit composing legend Yuzo Koshiro using technology from the 1990s.

Contains some of the best Nintendo games ever made

Controller cords are too small

Nintendo’s legacy stretches back decades before the Switch or Wii, and the SNES might just be the best of their offerings in the 20th century. Another miniature remake, the SNES Classic shrinks that original design into something easy to find space for at home. As you’ll notice after a quick visit to some online stores, the one you get will also be dependent on your location. If you’re gaming in the US, you’ll receive the handsome, angular North American version with purple accents and controller buttons. And the more colorful, rounded design with red, blue, yellow, and green buttons is for UK users. Everything else is pretty much as you remember, and it’s heartwarming to see it in your living room again. Even though the controller cords are a little too small for comfort, it won’t detract from this heady dose of nostalgia.

But what about the games? You’ll get 21 fan-favorites with the US and European version of SNES Classic, and they’re all excellent. Be it Super Mario World, Star Fox, or The Legend of Zelda: A Link to the Past, these 16-bit icons are every bit as playable today as they were 30 years ago. Almost all of them hold up in terms of visuals and gameplay too, but each one has been boosted with the addition of rewind or suspend options (not to mention the ability to save anywhere). This is the cherry on top of an already appealing cake, and we can’t recommend it enough.

If you remember the Atari 2600 with fondness, the Atari Flashback 8 Gold Deluxe is a must-have. The Flashback line has always been good, but this version throws in 120 emulated games for your trouble, including Yar’s Revenge, Pitfall, and Adventure. It also features two wireless joysticks (not to mention two paddles for specific titles) that are a pitch-perfect ode to days gone by. Equally, the machine itself is as close to 1980’s chic as you can get with a fake wooden panel on the front and plastic ridges. While it’s not a perfect recreation, it definitely captures the essence of the original.

As for those games, the Atari Flashback improves on them with 720p HDMI output and options for saving, pausing, and rewinding the action. And let’s be honest – getting 120 titles for your money is superb value.

Sony’s first foray into console gaming landed with the force of a bomb. As well as being immensely popular at the time, it established a lineage of machines that continue to dominate the market today. As such, it was inevitable that they’d bring the original back for a lap of honor. Fans won’t be disappointed with it. Much like the SNES Classic, this re-release reduces the console’s size and adds USB and HDMI cable ports. Other than that, it’s been left exactly as it appeared in the era of the Spice Girls and Friends. And honestly, why would you change anything about it? It was always a gorgeous machine to begin with thanks to its simple design, friendly oversized buttons, and eye-catching disc tray.

Sure, the actual games don’t hold up so well – their blocky 3D visuals are something of an eyesore. But you can forgive that to revisit some of the most beloved games ever made. The PlayStation Classic includes 20 in total, ranging from Resident Evil to Final Fantasy VII and Grand Theft Auto. Many of these titles changed the gaming landscape forever, so it’s great to take a trip down memory lane with them here.

Controller cords are too short

Games can be too hard

The NES (or ‘Nintendo Entertainment System’) was where things really began for Nintendo. It was the company’s first home console and the birthplace of Super Mario, The Legend of Zelda, and Metroid as we know them today. As such, it’s no surprise that Nintendo have chosen to resurrect the system in miniature. It’s hard to tell that the NES has been shrunken at first, though – it’s a perfect recreation and a slice of history that fits into the palm of your hand. The gray color scheme, red lettering, and bold black stripe have been remade exactly as they were back in the 1980s, and that goes for the iconic controller as well.

What’s more, its 30-game library features all the classics you’d expect. Much like the SNES and Genesis/MegaDrive, they’ve aged pretty well thanks to their 2D visuals. The gameplay is much harder and more frustrating than we’re used to nowadays, but the 8-bit pixel-art style has an endearingly retro feel nonetheless.

Ability to play lots of cartridges

If you miss games not included in the retro systems listed above, the Retron 5 is for you. Even though it’s a little more expensive, you also get access to a device that can play a range of cartridges from the NES, SNES, Genesis, Game Boy and beyond. It’s a jack-of-all-trades, in other words. Better still, it offers HD upscaling to 720p and saving/loading functionality. That’s a real bonus when you consider how brutally difficult some older games used to be. The fact that you can use your own controllers with it is another feather in the Retron 5’s cap.

Unfortunately, this retro console doesn’t have much going for it in terms of looks – it’s a dumpy brick of black plastic that is 90% cartridge slots. Similarly, the controller… well, it’s not the prettiest handset out there. However, being able to play such a huge variety of old games on a modern HD screen (even if you no longer own the original consoles) is a win for the Retron 5. Just be aware that it technically uses software filed under a non-commercial license, so it may eventually be pulled from sale due to a murky legal quagmire.

It’s all in Japanese, obvs

Wait. Isn’t this just the NES again? No, dear reader, it isn’t (I promise). The Nintendo Famicom Mini is based on the original Japanese version of that console. In addition to the quirky red-and-white appearance that makes it look like a Transformer, this remake also features a clutch of games the NES Classic didn’t include. In addition, it packs a few Japanese exclusives that you may never have tried before. Yes, all the menus are in Japanese, but this was an era where games required minimal reading so you’ll get away with it if you’re not familiar with the language.

Another cool touch would be the controllers. To begin with, they’re the perfect recreation of the OG Famicom handsets. Secondly, they slot neatly onto the side of the console itself. That makes the whole thing easy to cart around, and it’s a neat idea we wish more retro systems used.

Joystick could be better

Did you love the Commodore 64? Is there still a special place in your heart for 1980’s games like Stormlord or Alleykat? This is the retro system for you. It’s designed specifically to give C64 fans a warm, fuzzy feeling of nostalgia. Although a few awesome games have been left behind, there’s still enough here to make a purchase worthwhile. In fact, you end up with 64 games. Which is only right, we suppose.

In terms of how it looks, the C64 Mini is a beige 1980s keyboard complete with blocky keys and that multi-colored logo. It also comes packaged with a joystick that couldn’t be more ’80s if it wore a seagull haircut. The latter is a tidy little device with bold red buttons that are probably visible from the upper atmosphere, and they complete a system that is bold, brash, and a slice of gaming history.