Microsoft Black Friday deals: all the best offers in 2019

Microsoft Black Friday deals: all the best offers in 2019 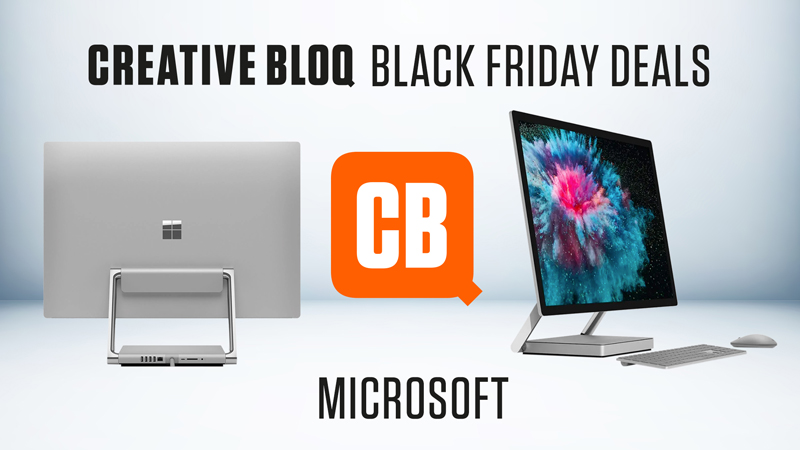 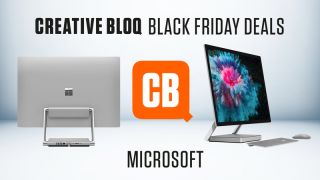 Microsoft Black Friday deals have already begun– hurrah! Microsoft has been on fire this year, releasing a number of brand new Surface products, which means getting a brilliant deal on a slightly older (but still very capable) device could well be on the cards. And we’re even seeing some discounts on brand new models such as the Microsoft Surface Pro 7.

While the main Black Friday weekend might be a week away, we’re already seeing some incredible deals on Microsoft devices. And we’ve gathered them all right here for you. We thought Microsoft’s Fall Hardware Event might impact its 2019 Black Friday and Cyber Monday sale, and we were right. Surface Pro 6 and Surface Book 2 deals are already landing, plus there’s this epic Surface Pro 7 deal at Best Buy too (and more! Keep reading to see all the best Surface Pro 7 deals).

The bad news is we don’t expect the Microsoft Black Friday deals to hang around for long, but the good news is that we’re constantly scouring the web to bring you all the best offers as they arrive.

Bookmark this page and check back to make sure you know what to expect and you can jump on any hot deals before they sell out. Looking for something different? Check out our general guide to Black Friday 2019.

The Microsoft Black Friday savings are already in full swing. Here are the best deals we’ve seen so far…

Save £150: The Surface Pro 7 is Microsoft’s hottest new model, so it’s incredible to be getting any kind of discount at all on it. You can get £150 off on this high-spec machine right now.

Save £600: There’s a big saving on this neat 2-in-1 laptop/tablet. You can use the Surface Book 2 in four different modes, making it ideal for creating on the go. And at this price, we don’t think these models will last long!

Save £650: There’s another massive saving on this 2-in-1 laptop/tablet, which has a whopping 1TB SSD. This 13.5-inch model comes with an i7 Intel Core, and has up to 17 hours of battery life.

In the US? Here are the best Microsoft deals for you right now.

Save $319: One of the best Black Friday deals we’ve seen so far overall sees a brand new Surface Pro 7 with Type Cover reduced by over $300! If you were thinking of bagging yourself one of these shiny new devices, now’s the time.

Save $200: The Surface Pro 6 has become a popular device among the creative community. All the power of Windows 10 in this portable device makes it a highly capable, not to mention stylish machine. And right now you can get your hands on one for less than $700!
View Deal

All this is likely to shake things up in terms of this year’s Microsoft Black Friday deals. While big deals on new releases are unlikely (although not impossible), older versions of newly updated kit is ripe for discounts as retailers seek to shift stock. Read on for more of our predictions of what’s to come.

There’s are two new Surface Pros in town: the Surface Pro 7 and the Surface Pro X. In terms of Microsoft Black Friday deals, essentially this means we’re expecting to see some great offers on the Pro 6.

Last year, the Surface Pro 6 was newly released just in time for Black Friday. Interestingly, a number of retailers knocked down the price of the brand new device – and we’ve already seen a similar pattern for the brand new Surface Pro 7.

The Pro range often gets decent reductions during shopping events. We saw particularly impressive discounts on Amazon Prime Day in 2019 (in the UK Amazon knocked a £280 off).

In 2018 there were plenty of big discounts on the Surface Book 2, Microsoft’s powerful laptop. There’s a lot to recommend this device – take a look at our Surface Book 2 review for our thoughts (we awarded it 4.5 stars). So far, there’s no news as to when the Surface Book 3 will appear; it wasn’t included in the Fall Hardware Event at the start of October.

In our original Surface Book review we awarded the device 5 stars, so if you don’t mind an older model it might be worth keeping an eye out for any hot deals over Black Friday 2019.

The Surface Go, Microsoft’s reasonably priced 10-inch tablet also got some good discounts last year over Cyber Monday/Black Friday. Take a look at our sister site TechRadar’s review for more on this device. Browse the best current prices in your territory using the widget below.

The Surface Laptop 3 was unveiled at Microsoft’s Fall Hardware event in early October, and was released on 22 October (see how it compares to the MacBook Air here). This means the Laptop 2 will likely be in line for some hot deals come late November.

TechRadar awarded the Surface Laptop 2 a nearly-perfect four and a half stars, saying “it ultimately achieves the most pure Windows 10 experience on a laptop” (read the review). See the best prices on the Laptop 2 right now in the widget below, or read on for the top deals from 2019.

Games consoles traditionally get some mega discounts over Black Friday, and in 2018 Microsoft’s Xbox One S and Xbox One X got some big price drops.

We saw a lot of bundle deals, with Microsoft games consoles being packaged in with games from Playerunknown’s Battlegrounds to Fallout 76 and Minecraft at a range of retailers. If it’s a game you actually want, these can be great buys – if not you’re looking at a whole lot of false economy.

In 2018 we also saw a couple of great console-only deals on the Xbox One X in the US, both in the run-up to the event (from Walmart) and on the day itself (from Amazon).

While we predict the best bargains will be appearing on Black Friday itself (and some deals to be had on Cyber Monday, there were bundles cropping up in early Black Friday offers last year, so keep your eyes peeled. The widget below pulls in the best current prices in your territory, including any offers.

Microsoft Office has never been cheap, but we do usually see some Microsoft Black Friday and Microsoft Cyber Monday Office deals to take the sting out of shelling out for Word, Excel and the like. The widget below will pull in the best current prices (including any offers), or read on for the best deals of last year.

How to get the best Black Friday Microsoft deals

To start with, bookmark this page. We’ll be updating this article with all the best Black Friday Microsoft 2019 deals and Cyber Monday Microsoft deals as soon as we hear about them, so make sure you check back. As well as the Microsoft Store itself, other major retailers are in on the action with some strong offers of their own.

And while there’ll undoubtedly be plenty of action on Black Friday and Cyber Monday, those aren’t the only days you’ll be able to snag a deal. We’ve seen eager retailers rolling out their deals earlier and earlier each year. In 2018, there were competitive deals appearing from early November.

To make the most of the offers, it’s worth checking for add-ons or gift cards that will make your deal even better. It’s also worth considering refurbished models.

The very best Black Friday Microsoft deals won’t stick around forever (many will sell out on the day). If you’re reading this post that means you’re already ahead of the game – make the most of the run-up period to figure out which Microsoft products are right for you, so you know what to look out for and don’t end up panic-buying the wrong thing.