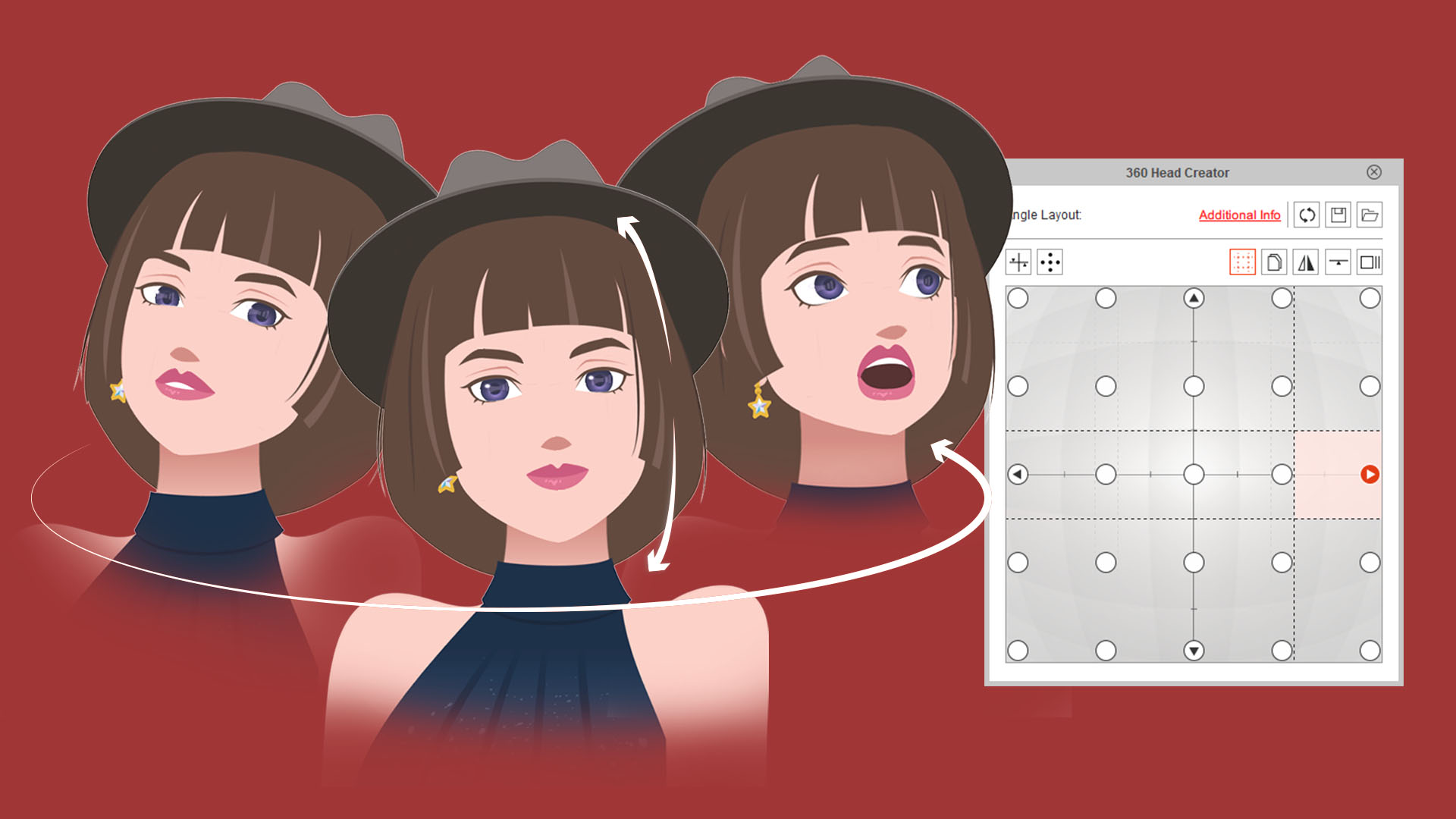 Cartoon Animator makes it easy to create high-quality 2D animation – even if you can’t draw. Formerly known as CrazyTalk Animator, Reallusion’s intuitive software provides a set of ready-to-use characters and motion clips to help you hit the ground running.

Now, thanks to the new 360 Head Creator in Cartoon Animator 4, you can create convincing facial animations, like a character turning their head to the side, without having to draw every frame. Using the software’s built-in tools, you can control the character more like you would in a video game.

Instead of worrying about your lack of traditional art skills, you can have fun controlling the character, using your creativity to tell a story.

The 360 Head Creator takes a 2D image of a character’s head, then creates the illusion that it is moving in three dimensions. By repositioning, scaling and deforming facial features like eyes and ears using a control grid, you can quickly give the impression that the character is looking to the side.

Once you have created three key poses – looking forward, looking left and looking right –  Cartoon Animator fills in the positions in between automatically. You can even have the character do a complete 180-degree turn by making parts of the face disappear as if they have rotated to the far side of the head.

Use expressions to bring the animation to life

With the basic head turn prepared, you can give your character some emotion by changing its facial expressions. Using Cartoon Animator’s Face Key Editor or the Facial Puppet panel, you can quickly prepare the character for animation, a process known as ‘rigging’, then control it as if it were a 3D puppet, using only your mouse. Cartoon Animator automatically generates the transitions, creating smooth, organic-looking movements.

With Motion LIVE 2D, Character Animator’s new facial motion-capture plugin, you can also control your character using your webcam: just turn your head or change your expression, and the character will follow you.

With Cartoon Animator’s set of powerful, easy-to-use tools, even new users can create results that could even be mistaken for traditional animation. To see how easy it is, download the free 30-day trial version of the software and try it for yourself.