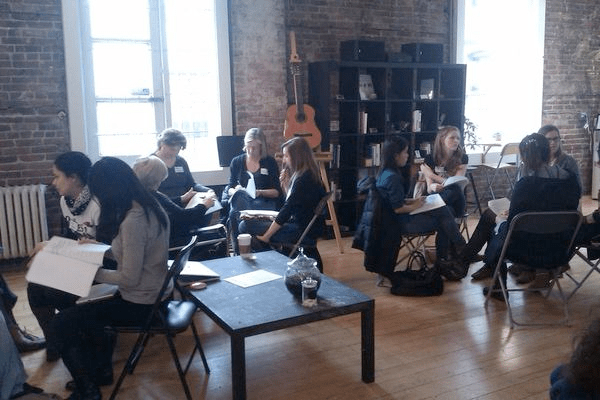 You’ve probably heard that WordPress is open-source software, and may know that it’s created and run by volunteers. WordPress enthusiasts share many examples of how WordPress changed people’s lives for the better. This monthly series shares some of those lesser-known, amazing stories.

Jill Binder never meant to become an activist. She insists it was an accident.

Despite that, Jill has led the Diversity Outreach Speaker Training working group in the WordPress Community team since 2017. This group is dedicated to increasing the number of women and other underrepresented groups who are stepping up to become speakers at WordPress Meetups, WordCamps, and events.

Jill’s WordPress story begins in 2011, in Vancouver, Canada. Jill secured an internship for her college program, working on a higher education website that was built in WordPress. As a thank you, her practicum advisor bought Jill a ticket to WordCamp Vancouver 2011: Developer’s Edition. After that Jill began freelancing  with WordPress as a Solopreneur.

First steps in the WordPress community

The following year her internship advisor, who had become a client, was creating the first ever BuddyCamp for BuddyPress. He asked Jill to be on his organizing team. At that event she also moderated a panel with Matt Mullenweg. Then, Jill was invited to be on the core organizing team for WordCamp Vancouver.

Part of this role meant reviewing and selecting speakers. From 40 speaker applications the team had to pick only 14 to speak.

The diversity challenge when selecting speakers

For anyone who has organized a conference, you know that speaker selection is hard. Of the 40 applications, 7 were from women, and the lead organizer selected 6 of those to be included in the speaker line up.

At this point Jill wasn’t aware that very few women apply to speak at tech conferences and suggested selection should be made on the best fit for the conference. The team shared that not only did they feel the pitches were good and fit the conference, but they also needed to be accepted or the Organizers would be criticized for a lack of diversity.

Selecting women for fear of criticism is embarrassing to admit, but that’s how people felt in 2013.

By the time the event happened, though, the number of women speakers dropped to 4. And with an additional track being added, the number of speakers overall was up to 28. Only 1 speaker in 7 was a woman (or 14%) and attendees did ask questions and even blogged about the lack of representation.

What keeps women from applying?

Later that year at  WordCamp San Francisco—the biggest WordCamp at the time (before there was a WordCamp US)—Jill took the opportunity to chat with other organizers about her experience. She found out that many organizers had trouble getting enough women to present.

Surprisingly Vancouver had a high number of women applicants in comparison to others, and the consensus was more would be accepted  if only more would apply.

Jill decided that she  needed to know why this was happening? Why weren’t there more women applying? She started researching, reading, and talking to people.

Though this issue is complex, two things came up over and over:

A first workshop with encouraging results

Then Jill had an idea. She brought up the issue at an event and someone suggested that they should get women together in a room and brainstorm speaker topics.

So Jill became the lead of a small group creating a workshop in Vancouver. In one of the exercises, participants were invited to brainstorm ideas—this proved that they had literally a hundred topic ideas and the biggest problem then became picking just one!

In the first discussion, Jill focussed on:

Leading to workshops across North America and then the world

Other cities across North America heard about the workshop and started hosting them, adding their own material.

Many women who initially joined her workshop wanted help getting even better at public speaking. So Jill’s team added in some material created from the other cities and a bit more of their own. Such as:

At WordCamp Vancouver 2014—only one year since Jill started—there were 50% women speakers and 3 times the number of women applicants! Not only that, but this WordCamp was a Developer’s Edition, where it’s more challenging to find women developers in general, let alone those who will step up to speak.

Impressive as those results were, the reason Jill is so passionate about this work is because of what happened next:

Diversity touches on many levels

Jill has seen time and again what happens when different people speak at the front of the room. More people feel welcome in the community. The speakers and the new community members bring new ideas and new passions that help to make the technology we are creating more inclusive. And together we generate new ideas that benefit everyone.

This workshop was so successful, with typical results of 40-60% women speakers at WordCamps, that the WordPress Global Community Team asked Jill to promote it and train it for women and all diverse groups around the world. In late 2017, Jill started leading the Diverse Speaker Training group (#wpdiversity).

Dozens of community members across the world have now been trained to lead the workshop. With now dozens of workshops worldwide, for WordPress and other open source software projects as well, there is an increase in speaker diversity.

As a result of the success, Jill is now sponsored to continue the program. She’s proud of how the diversity represented on the stage adds value not only to the brand but also in the long-term will lead to the creation of a better product. She’s inspired by seeing the communities change as a result of the new voices and new ideas at the WordPress events.

Jill’s leadership in the development and growth of the Diversity Outreach Speaker Training initiative has had a positive, measurable impact on WordPress community events worldwide. When WordPress events are more diverse, the WordPress project gets more diverse — which makes WordPress better for more people.”