Snapchat has begun live testing of a new mode called ‘Cameo’, which will enable users to insert their faces into GIFs, adding their own, unique spin to a range of short video clips.

As first reported by TechCrunch, the new feature is currently being tested among selected users in France, with a view to a full rollout later this month, ahead of the holiday period. With users likely looking for something to do during long commutes to see family – or, indeed, when seeking an escape from actually seeing family – the new feature could gain traction quickly, and become another key trend among Snapchat users.

The process for creating your Cameo will be accessible via the messaging keyboard within the app. 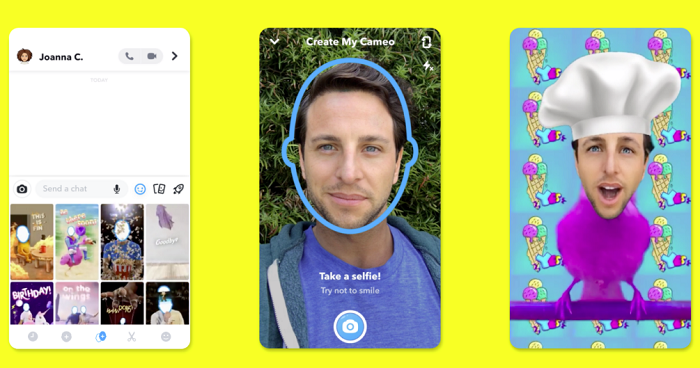 As you can see in above example, when you tap on the Bitmoji icon in the messaging section, you’ll soon have a new option represented by the outline of a face with a plus symbol on it. Tap on that and you’ll be prompted to take a selfie for your Cameo videos. You then select a body type for reference, and you can begin adding your image into the set of GIFs available – Snapchat says that there will initially be around 150 short video clips available for Cameo, with sound, with new ones coming each week.

The clips will be weird, disturbing, funny – all of the usual emotions that Snapchat’s best content provokes. I mean, Snapchat’s first big AR lens was rainbow vomit, and it proclaimed a dancing hotdog as the world’s first ‘augmented reality superstar‘. Weird, disturbing and funny are all a part of Snapchat’s DNA.

And therein lies the likely appeal – while, on the surface, this may not appear to be a major addition, over time, Snapchat has repeatedly proven that it’s very much in tune with its audience, and that its creative team has a particularly keen sense of what works and what doesn’t, and what’s likely to resonate with users.

For example, remember Snapchat’s recent gender swap Lens which quickly became a trend of the moment across pretty much all social platforms? Downloads of Snapchat doubled in the wake of that trend. Another example is Snapchat’s recently launched Time Machine Lens, which shows you what you looked like as a baby, or what you will look like in your later years. 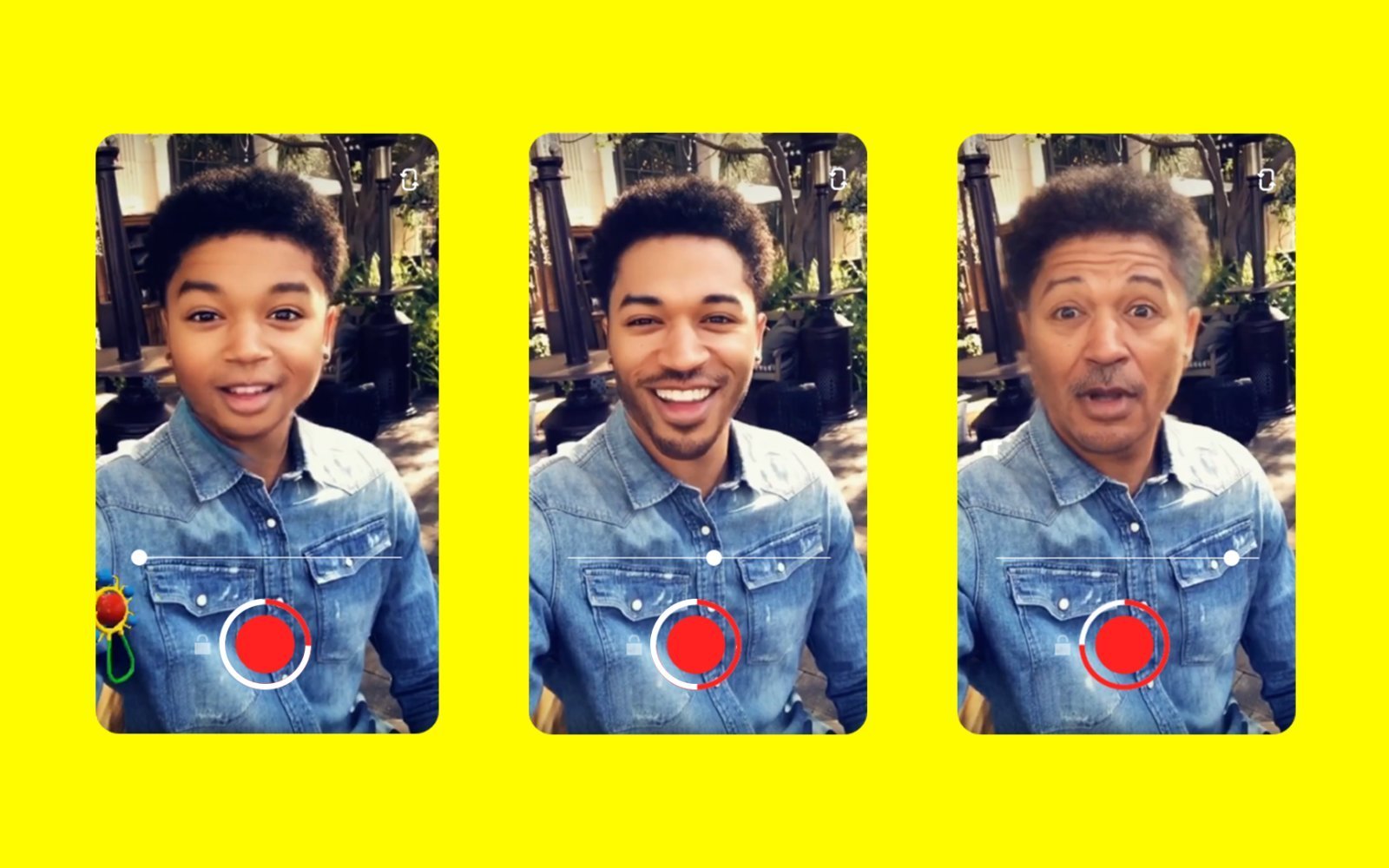 While Instagram stole Stories, and Facebook is working to dominate AR, you’d be hard-pressed to single out one key AR trend like this which has originated from Facebook or Instagram – yet you can probably think of several that have come from Snapchat.

This is a key area for Snap Inc., because it’s one that Facebook can’t beat with money and resources alone. Sure, Facebook can take Snapchat’s tools and roll them out to billions, dwarfing Snap’s capacity for scale. But Snapchat’s innovative capacity cannot be replicated, and is a big part of the reason why the app has been able to maintain significant usage despite the rising challenge of Instagram in particular.

That could help hold Snapchat in good stead moving forward – while Snap’s user growth has slowed as a result of the introduction of Instagram Stories, it maintains strong levels of engagement among those who do use the app.

Additions like this help to strengthen those bonds – in fact, part of the reason why Cameo is being made accessible through the messaging element, as opposed to being put in with Snap’s other AR tools, is because it’s designed to align with those who regularly communicate in-app, as opposed to winning over newcomers or being showcased as a function to attract casual users.

Facebook, and others, have more resources available, but Snap has something not so easily replicated. And it’s being rewarded for such with dedicated usage – which could also, eventually, help it drive better results through its ads.