This week, Twitter has published its latest listings of the key events, celebrities, sports teams, and more which drove conversation on the platform in 2019.

Twitter has published its full insights in this tweet thread, but here’s a look at some of the topic-based listings and notes.

First off, the most tweeted about TV shows for 2019 were (no surprise) ‘Game of Thrones’ and ‘Stranger Things’. 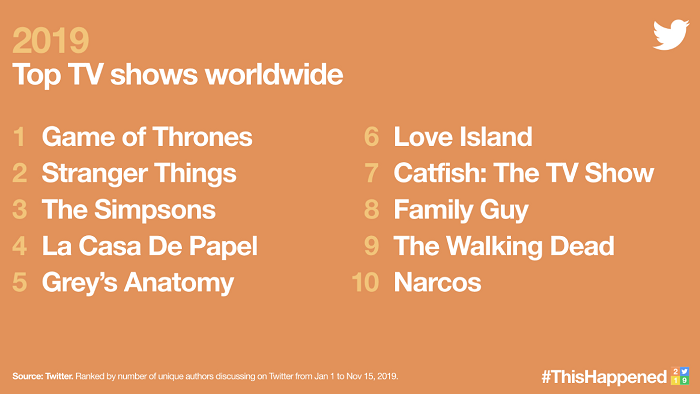 The final season of ‘Game of Thrones’ generated a heap of hype leading in, then sparked a lot of subsequent debate afterwards. The popularity of ‘Stranger Things’ is also a big win for Netflix and its original content. 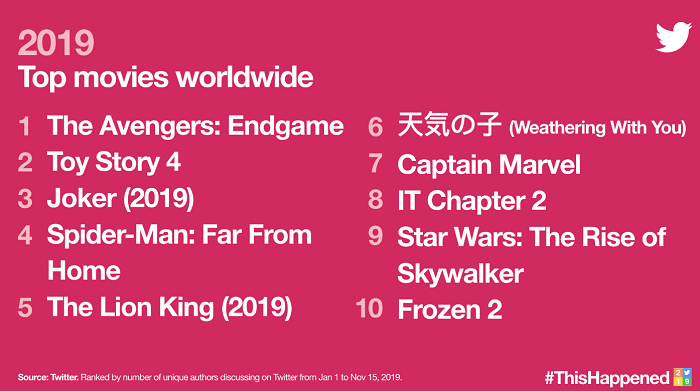 Interesting to also note the discussion of ‘Joker’, which is probably the least mainstream on the list, though ‘Weathering with You’ also has a more limited market. 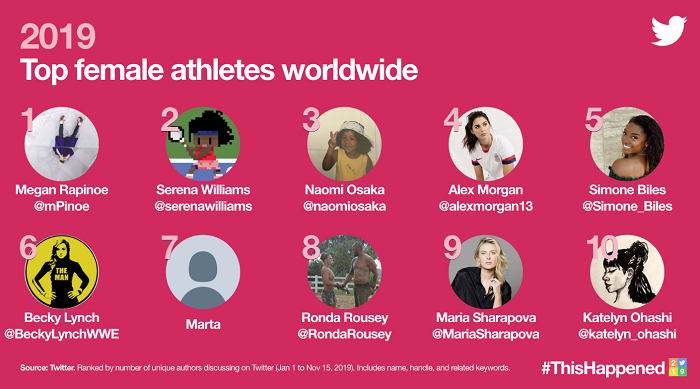 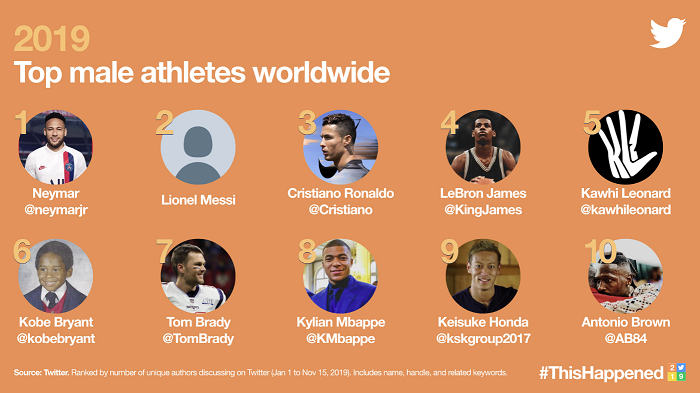 Interesingly, NBA star Kawhi Leonard has only tweeted four times, with his last tweet coming back in 2015, showing that you can be a Twitter influencer without actually using Twitter (within certain parameters). 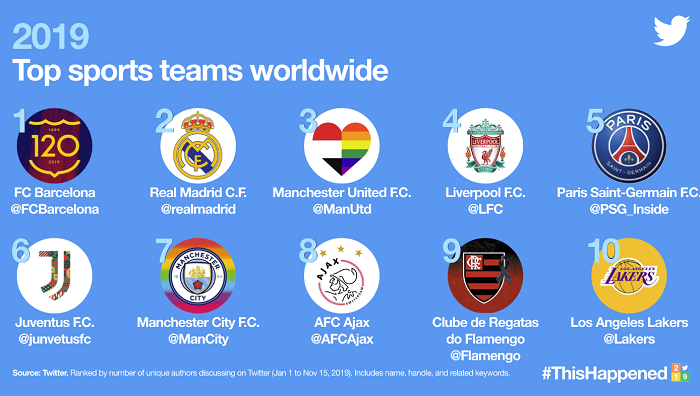 Twitter’s also included a listing of the most discussed actors: 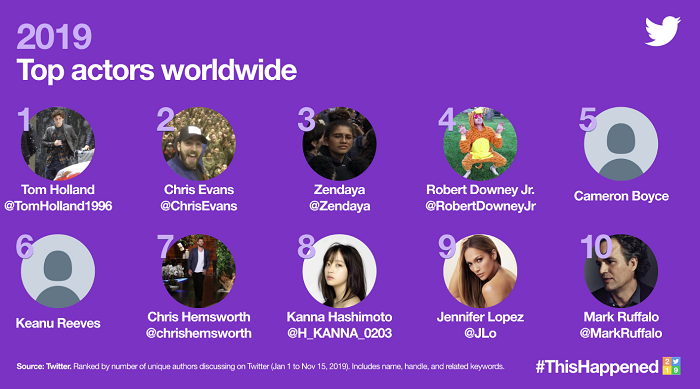 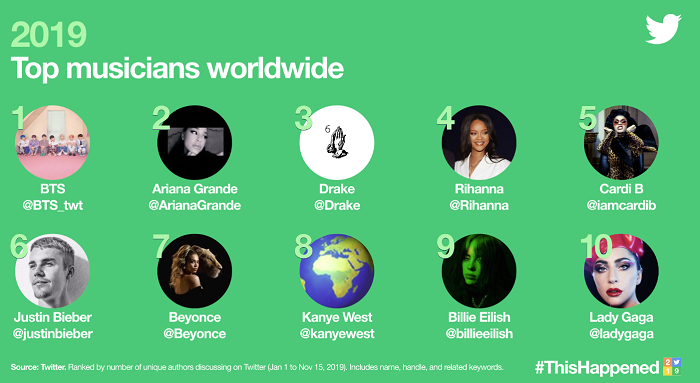 And then, of course, the most used emojis via tweet:

Most of the listings are largely as you’d expect, so in terms of insight, there’s not a heap of revelation to help in your planning. But it is interesting to note the various trends, and to consider what Twitter users are most interested in, with respect to your content approach.

The listings could also be interesting for entertainment and media brands – if you’re looking to generate buzz, it may well be checking out the above TV and movie franchises do it. The celebrities are less helpful in this respect, as they bring their fanbase with them, but it’s interesting to consider what makes a TV show or movie ‘tweet-worthy’, and whether you can use the same in your approach.