7 Alternative Search Engines That Do Social Good via @ChuckPrice518

7 Alternative Search Engines That Do Social Good via @ChuckPrice518 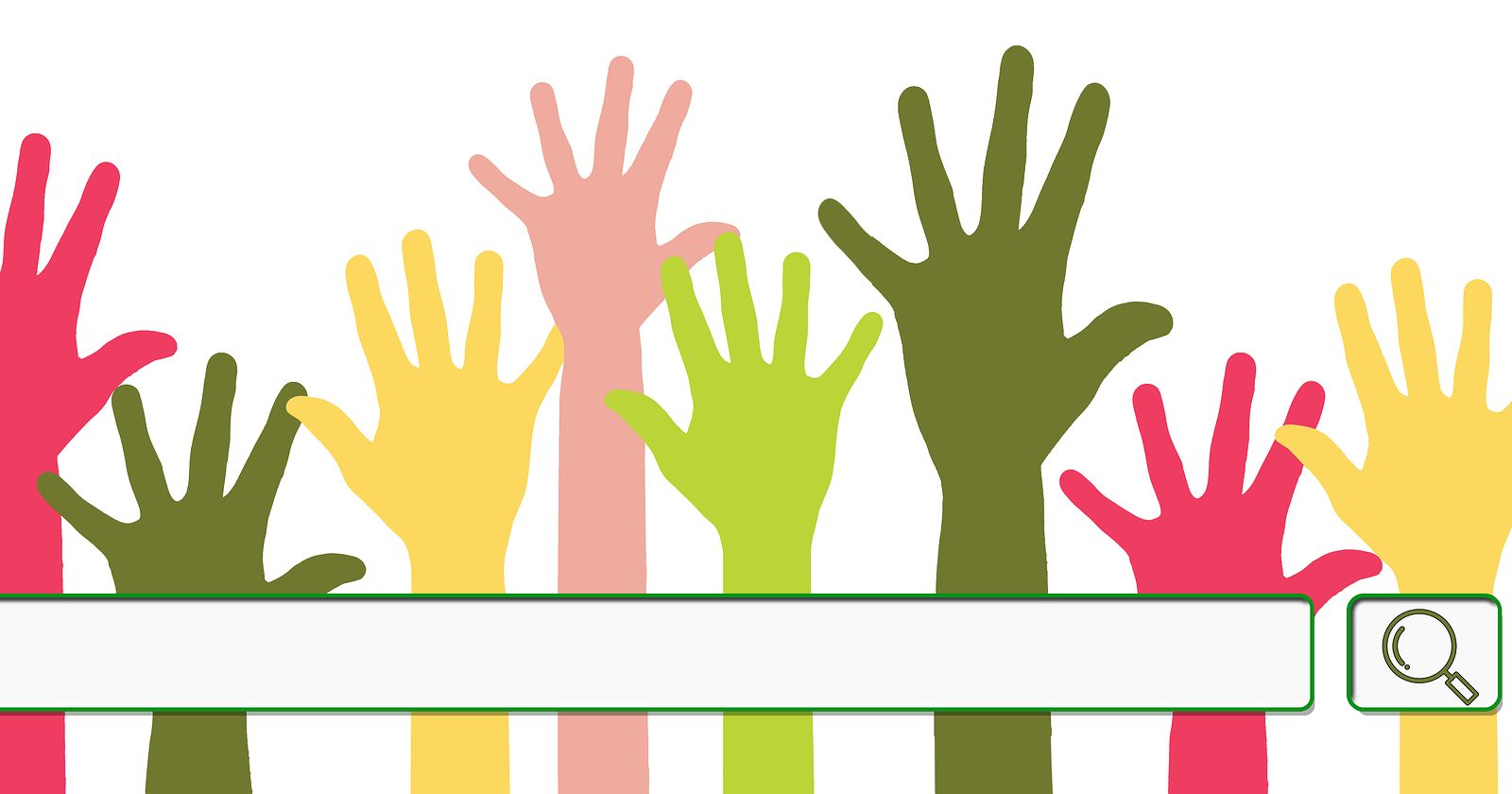 We human beings tend to be creatures of habit that automatically do things without stopping to ask ourselves whether there’s another way.

How one approaches the web is a perfect example.

The internet requires energy-hungry data centers that could account for up to 14% of carbon emissions by 2040. This is such a concern that many web hosts now specialize in providing eco-friendly and carbon-neutral hosting.

Remember when Google’s motto was “Don’t be evil”? That changed in 2015 to “Do the right thing.”

The “don’t be evil” credo found a new home – in the last line of Google’s code of conduct.

Many would argue this move perfectly symbolizes Google’s evolution over the years – moving their one-time guiding principle to the bottom of the page.

Every time one does a Google search, it requires the same amount of energy as turning on a 60-watt light bulb for 17 seconds.

And that’s just for search, let alone other, more resource-intensive functionality, like maps or videos. 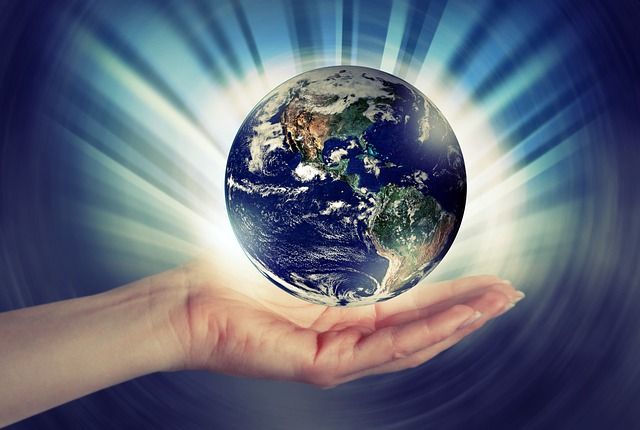 I bet you never considered that a choice in search engines could actually have an impact on the environment.

Did you know that a number of search engines exist for the sole purpose of doing social good?

Get ready to update your home page and read on to discover seven search engines that promise more than “don’t be evil.” They promise to make the world a better place.

GiveWater is a self-described “social impact search engine” which aims to have a positive impact on the world by empowering users to solve the issue of poor quality water and ineffective sanitation across the developing world.

It was founded after the company’s CEO met the founder of Charity: Water, Scott Harrison and was inspired to try to make a difference through his own work.

All of the social good engines use an affiliate business model.

When a user searches and then clicks on a paid search ad, the site generates revenue. Search results are powered by Bing.

GiveWater shares its profits among charitable partners, which in turn use the funding to provide better water and sanitation facilities to people in need.

To their credit, GiveWater warns users not to just click every ad they see in an attempt to “help out.” By doing this, they not only protect advertisers, but themselves.

Pervasive click fraud would be grounds for terminating an affiliate agreement, which effectively would put them out of business.

GiveWater isn’t a nonprofit. It is among a new breed of for-profit companies; ones that aim to create a viable business, while simultaneously shaping the world into a better place.

Ekoru is taking on the ever-present threat of climate change by donating 60% of its monthly revenue to one of several partner charities, ranging from those focusing on reforestation and climate action to those who are dedicated to animal welfare and conservation. They also aim to select a different charitable cause every month.

Interestingly, Ekoru puts its money where its mouth is, using renewable energy sources for its data centers and taking a stand for civil rights by not storing any user or search-related data on their servers.

The downside is that they’re currently only available in the USA, Canada, Germany, France, the United Kingdom, Australia, and New Zealand, although new regions are added regularly.

Ecosia is a German-based search engine that uses profits to plant trees, with more than 75 million trees planted at the time of writing.

Founded 10 years ago, Ecosia quickly started to build a reputation as a search engine with a conscience, and within just a couple of years it had won a number of awards for its concept.

Perhaps more interestingly, though, the company built its own solar energy plant instead of having to rely on external providers.

UK-based Everyclick takes the affiliate model up a notch.

Founded in 2005, it started out as a fundraising tool for charities, later adding a Bing-based search engine, along with a tool that was launched in 2010 called Give As You Live.

This tool features retailers who pay out affiliate commissions.

There are plenty of websites that enable users to earn a little money back from their purchases, but Everyclick takes a different approach by directing that money to charity instead.

Like many of the other search engines on this list, Everyclick also offers a browser extension that aims to make the whole process easier.

Their Give As You Live program is compatible with 4,400 different online stores.

You can even raise money for charity at no cost to you.

Elliot for Water is similar to GiveWater in that its goal is to provide greater access to clean water.

Like the other search engines on this list, it does so by generating ad revenue and allocating it to various social causes.

The company donates 60% of its profits to charity (the same ratio as Ekoru) and aims to cut down on the 6,000 deaths which occur every day due to unclean water.

Another core part of Elliot for Water’s mission statement is to do all of this respectfully, bringing clean water and better sanitation to as many people as possible while respecting the needs of the local culture and environment.

In particular, they support a solar technology called Solwa, which harnesses solar power and puts it to use for desalination, irrigation, and other vital techniques.

On top of that, they also go out of their way to provide what help they can to the villages in which the technology is implemented.

In other words, they don’t just ship a bunch of Solwa tech and then leave people to it.

Instead, they provide ongoing support to the villagers and aim to solve any other problems that they can while they’re at it.

In contrast to the other search engines on this list, which support a given cause, Givero allows its users to select which causes they want to back.

Givero is also privacy-centric, taking inspiration from competitors like DuckDuckGo.

Users require no profile, no history of their searches is maintained, and no third-party analytical tools are hooked up to the site either.

It’s a more recent addition to the marketplace, but the good news for users is that they’re still in the process of bringing new charities on board.

Users can pledge to support animal, environmental and children’s charities, with 50% of the company’s revenue going to its charitable partners.

At the time of writing, Lilo has over half a million users making more than 40 million searches, raising over $2.5 million for charity.

It’s also pretty good when it comes to protecting its users and preventing ad tracking and other privacy concerns.

Perhaps most interesting of all, though, is its waterdrop system.

Every search provides its users with a waterdrop, and every waterdrop can be assigned to a charity of your choice to help to fund them.

Now that you are aware of seven search engines dedicated to social good, it’s over to you.

If Bing is your go-to search engine, consider updating your homepage and default search engine to one of these options. You’ll get the same search results, while making the world a better place.

If Bing is your backup, think about bookmarking one of these, instead.

Many of the search engines on this list also offer downloadable browser extensions and other little goodies that make it easier than ever before to do some social good through the searches you make.

Better still, the marketplace for socially conscious search engines is currently thriving, which means that you won’t struggle to find one that supports a charity that you care about.