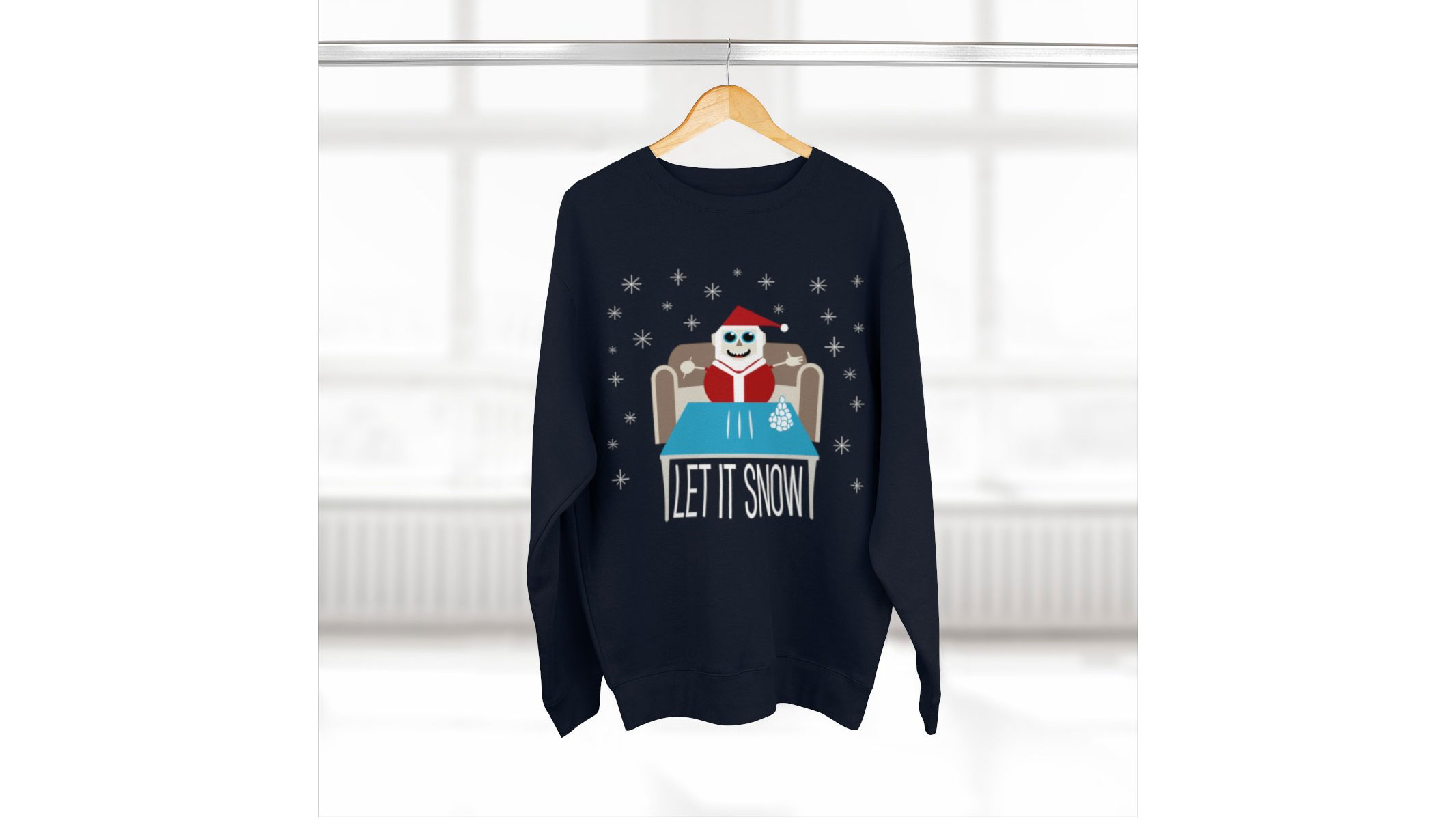 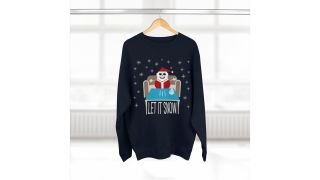 A Christmas jumper depicting Santa Claus holding a straw as he grins over what looks like three lines of cocaine and the tagline ‘let it snow’ was recently pulled from Walmart’s Canadian store, with the company saying it did not represent its values. The jumper is now a top seller on Amazon.com.

We’ve seen many a badly designed Christmas garment in recent years, as the trend for ugly jumpers seems to have taken hold, but this one is on another level. Although it is perhaps hard to reach sophistication when depicting Santa Claus about to start an (illegal) bender. (If you’re after some more family-friendly seasonal cheer, see our Christmas vectors roundup).

But if you’re looking at the design from a ‘does this get the message across?’ kind of way, then it seems pretty clear. However, just in case it wasn’t obvious that this is a Saint-Nick-doing-coke jumper, let’s just have a little look at the wording next to Walmart’s original description, which was pointed out by @HurrbaSousJohn on Twitter.

Yall. Look at this description for this Christmas sweater from Walmart pic.twitter.com/lBdmKQ1JoZDecember 7, 2019

“We all know how snow works. It’s white, powdery and the the best snow comes straight from South America.

“That’s bad news for jolly old St. Nick, who lives far away in the North Pole. That’s why Santa really likes to savour the moment when he gets his hands on some quality, grade A, Colombian snow.” Wow. Just wow.

Amazon has gone for a different approach and just named the jumper: ‘Cocaine Santa let it snow Christmas sweater’. However, its description does point out that this jumper is “perfect for cosy days with your family!” Which is… interesting.

Walmart had also pulled a number of other jumpers that depicted Santa in “uncompromising and sometimes sexually-suggestive positions”, and said that such jumpers are sold by third-party sellers.

Amazon doesn’t seem so bothered by such matters. And the reviewers all seem pretty pleased with the $31.99 product too, although there are so far only three of them. You can check out the listing on Amazon here. Alternatively, you can visit the Let It Snow Sweaters website, which seems to be revelling in the jumper’s banned status.