5 SEO Realities SEO Professionals Struggle with Most via @marktraphagen

5 SEO Realities SEO Professionals Struggle with Most via @marktraphagen 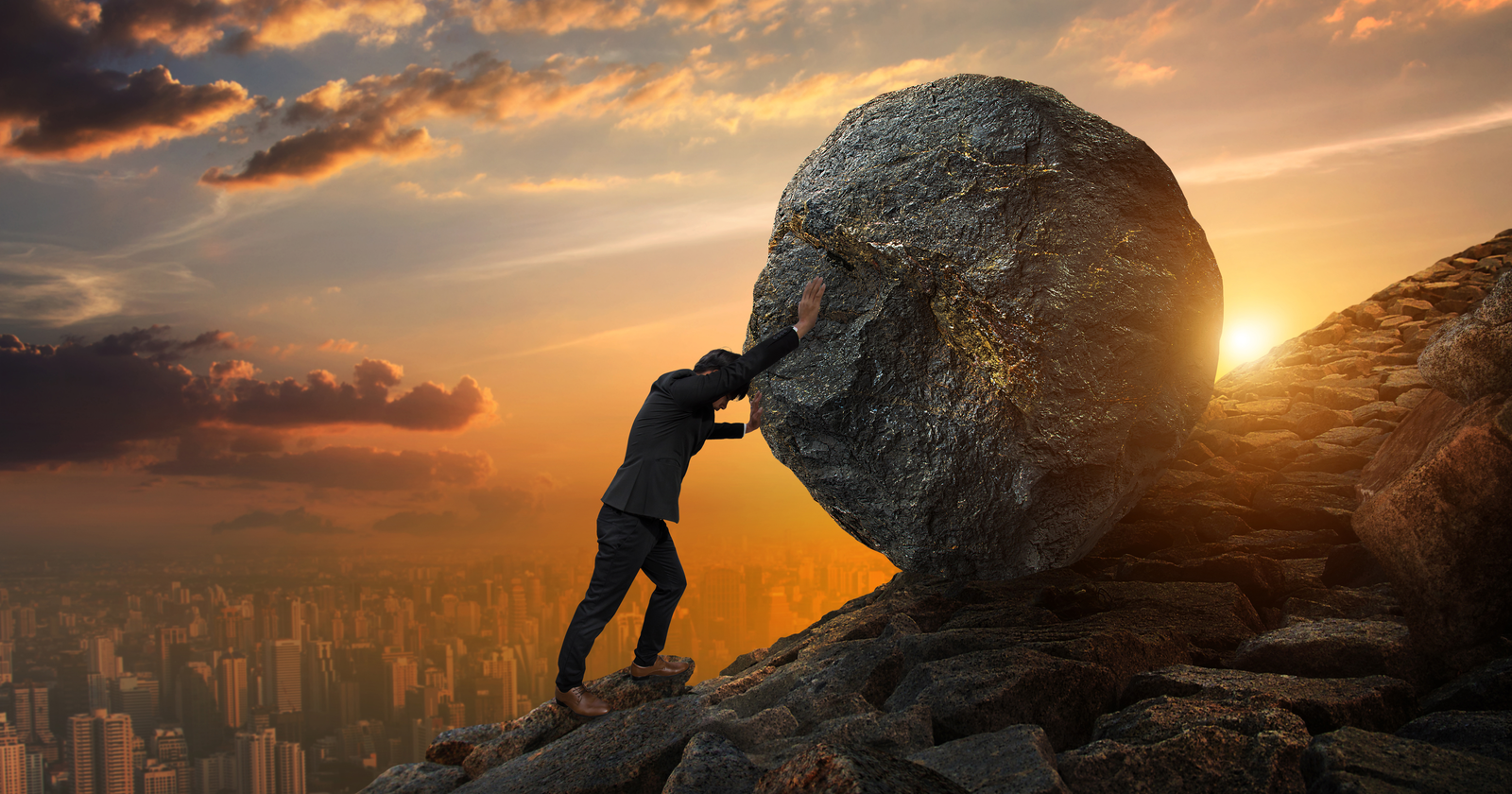 Remember that old phrase: “The more things change, the more they stay the same”?

In the SEO world it’s more like, “The more things change, the more they change.”

At least that seemed to be the overriding consensus when SEO professionals on Twitter were asked, “What are some realities about SEO that too many SEOs are reluctant to admit or deal with?”

More than 30 SEO practitioners responded, and their answers were diverse.

However, most of them centered around the difficulties of dealing with change and uncertainty, whether from search engines, their clients, or in their own ways of thinking about SEO.

Responses fell into five general areas of struggle as we move into 2020:

Will King summed up the existential angst of accelerating change:

Google’s technology moves faster than we can keep up with. Many methods that used to work are most likely redundant

Most crafts have a set of accepted best practices handed down from generation to generation.

While it’s true that there are some SEO “must-dos” that haven’t changed, practitioners worry there may be things they continue to do that search engines have made obsolete.

The biggest problem is never being certain what those things are.

Some SEO pros believe nothing from the past can be held to with any certainty.

As Joe Youngblood put it: “Everything changes. What we used to know and built reputations on will eventually be wrong.”

I’d agree with Joe. The phrase “it was so much easier back in the day” is still thrown around a lot and I feel like that sentiment comes with a desire for the landscape of SEO to have not changed. Yet, change in this industry is a guarantee.

Jairus Mitchell thinks it’s even worse, adding “Things that work might not work for the reasons we think.”

Search engine algorithms are complex, and the variables at play in any algorithmic changes approach the infinite.

Ignoring that complexity can lead to trouble if an SEO has too much confidence that a single thing they did was responsible for a certain result.

The level of poor interpretation/understanding/explanation (both in and outside the industry) Example – A googler will say something at a conference, and 3 people will live tweet it with 3 different interpretations of what was said/meant by the speaker

Personal interpretations and pet theories, whether they come from one’s own testing or what someone else said, can spread misinformation like a game of telephone.

As with many “true facts” on the internet, something can become “true” just because it’s been repeated enough times.

Finally, Jason Landry reminded us that the complexity of SEO is relational as well as informational (more on that in another section below):

We all serve 3 masters. Google, our client, and the client’s customers. None of these people want the same thing and some of them never even speak to us.

There has always been a kind of cold war between SEO professionals and Google, with varying degrees of detente over time.

But that distrust seems to be at an all-time high.

Mary Bowling stated it quite directly, asserting SEO pros have a hard time “believing that Google spokespeople are telling the whole truth OR that they even really know what the truth is.”

Jeff Ferguson was a bit more sympathetic toward Google, but ultimately blames the vagueness of remarks from the search engine’s representatives for confusion in the industry:

I think most SEOs really don’t want to deal with how little we truly understand the environment we’re working in day to day. Most statements from Google are intentionally and rightfully broad, which makes most of our honest answers start with, “As far as we understand…”

But Shawn Cohen reminded us:

Google isn’t a democracy and can do whatever it wants to with search results.

According to Becky Lehman, “position 10 today is more like position 50 after you factor in how many ads and clickable things are above you.”

Adam Singer spelled out the implications of that reality:

Google owes you nothing and likely will continue to put more paid in front of organic results (so you better get good at SEM too – it’s an opportunity to grow your practice, stop complaining).

3. SEO Pros Have Only Themselves to Blame

In contrast to those who laid the blame for SEO confusion at the feet of Google, some SEO professionals see four fingers pointing back at themselves for every one they point at search engine spokespersons.

For example, Brian Harnish thought that, “most SEOs don’t want to go through the hard and tedious process of cleaning up their own bad link profiles,” while Grant Simmons worried that SEOs “don’t want to deal with the realities of building bridges to development resources. Most projects go awry & descend into finger pointing when devs & SEOs can’t (or don’t want to) talk.”

Gianluca Fiorelli pointed at those who want to believe there is a magical silver bullet to solve their SEO problems:

Industry peers embracing shining gold objects and go crazy for them, when no evidence of benefit is out there 🙄🙄

…while FB Marcil complained that SEOs waste time on trivial matters, spending “way too much time/energy on the 1000 less important ‘changes’.”

It moves so fast that it’s addictive and that is unhealthy for the industry.

Joe Hall added to the angst about accelerating change with the simple but hard-hitting observation: “At the end of the day, we don’t really have any control.”

Kevin Mullet, though, was willing to give SEOs some benefit of the doubt:

While the work done by other SEOs, or even yourself, may not be perfect or optimal, it still may, in fact, be helpful and valuable to the site owner. And that the SEOs probably didn’t receive an unlimited budget and complete buy-in from the client either.

4. Explaining SEO to Clients/Superiors Is Hard

If SEO pros have difficulty agreeing on exactly how search engines rank results, they have an even bigger challenge explaining all that to their clients or higher-ups in their organizations, especially when it comes to the ROI of SEO.

For example, Seth Goldstein said his biggest challenge is…

Convincing customers that SEO is something they need to focus on and that it’s worth the investment to have it done right.

Amine Dahemini noted that ROI-justification is particularly hard when it comes to expenses for technical changes to a site, since it’s less obvious how such changes impact the bottom line, compared to something like optimizing for a money keyword.

Joe Youngblood said valuing the work of an SEO is the sign of a good client: “Good clients/bosses recognize the value of the investment, bad ones demand fast answers based on shoddy work, black hat results, old blog posts, or wannabe leaders who’ve built large followings.”

But Kevin Mullet insisted no matter how challenging, the responsibility for proving value ultimately lands on the shoulders of the SEO:

The BEST and most competent thing we can do for our clients is to help them WIN, even if on a meager budget and despite themselves. That is the SEO that earns my respect.

What’s important to you is likely not very important to your client – so be prepared to make your case as to why it IS important – and prove it. Success as an SEO is about 75% setting the right expectations for success…. IMO 😉

5. SEO Alone Is a Non-Starter

Many SEO professionals have come to realize trying to position SEO as a standalone solution to a company’s digital marketing needs is a losing proposition.

To be fair, the best SEO professionals have probably always believed that.

A number of the respondents at least alluded to the problems caused by isolating SEO from the rest of the marketing stack. Ryan Jones came right to the point:

Most seos don’t want to deal with the fact that modern seo requires both technical skills and traditional marketing.

Jeremy Rivera was willing to go on record with a statement some might consider blasphemous:

“Not every business can (or should) invest in SEO (right NOW).” He added, “sometimes the ROI and amount of investment needed to be competitive means that a more transactional advertising method (paid ads) is actually the only viable digital marketing channel.”

Kevin Mullet went after the tendency of some in SEO to oversimplify their task, saying, “I don’t like dealing with the hyperbolic idea that ‘just writing good content’ is all one must do despite clear evidence of good content not ranking due to a plethora of site issues,” to which Rand Fishkin added:

All the great content and SEO in the world can’t save a bad product or bad business model.

Funny part is that 10yrs ago, it could.

Staying on the theme of oversimplification, Rob Bonham asserted:

Many SEOs don’t want to accept the fact that ranking #1 is no longer good enough to satisfy clients. Conversions > rankings

Finally, Tadeusz Szewczyk made a plea for an integrated marketing approach:

As Google reduces organic reach steadily it does not suffice to optimize for Google (and other gatekeepers) anymore.

When you think “SEO = Google” you are only prolonging your agony. Then SEO will be truly dead one day.

Branch out. Traffic generation can have many forms.

Nobody here thinks SEO is dead. Far from it.

All of them are proud of their profession and want it to be the best it can be for their clients and companies.

Their transparency about the struggles and difficulties of SEO shows they are willing to face these challenges and work to make SEO even more valuable in the future.

Toward that end, they advocate: