Facebook dominated the year in terms of app downloads, with 4 out of 5 of the most downloaded apps belonging to the same company.

App Annie’s year-end report shows that worldwide app downloads hit a record high of 120 billion across iOS and Android in 2019, which represents a 5% year-over-year increase.

The top 5 most downloaded apps of the year include:

It should be noted that App Annie’s data does not included include re-installs or app updates, only net new downloads are counted. Consumer spending on apps is growing as well and will approach $90 billion worldwide in 2019. 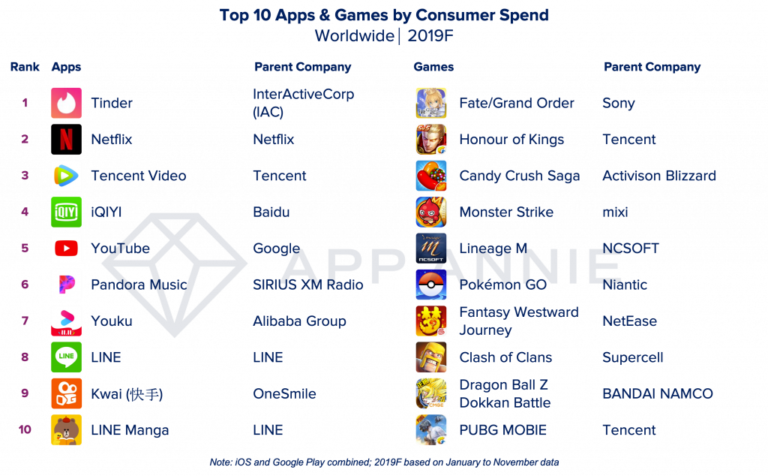 App Annie created a separate list of breakout apps, which those with the largest absolute growth in downloads between 2018 and 2019. This is a list worth paying attention to, as it could be an early indication of what will be topping the most downloaded chart in years to come.

The top 5 breakout apps of the year include:

App Annie predicts that 2020 will be an even bigger year for app downloads and consumer spend, with spending projected to be over $30 billion (not including games). 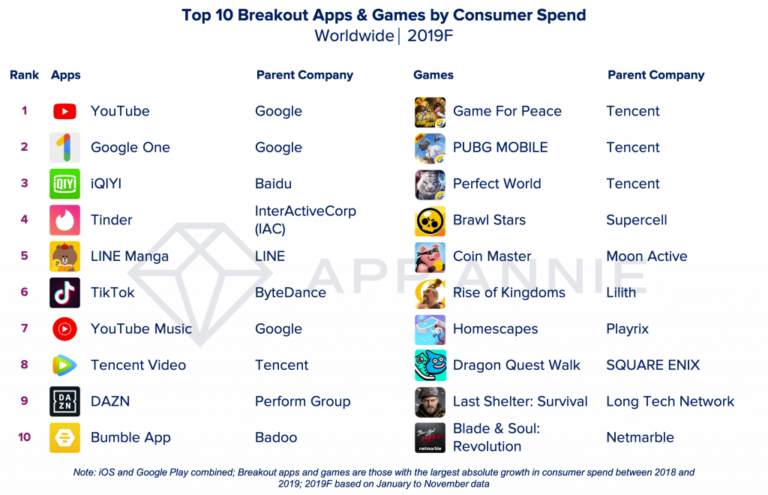