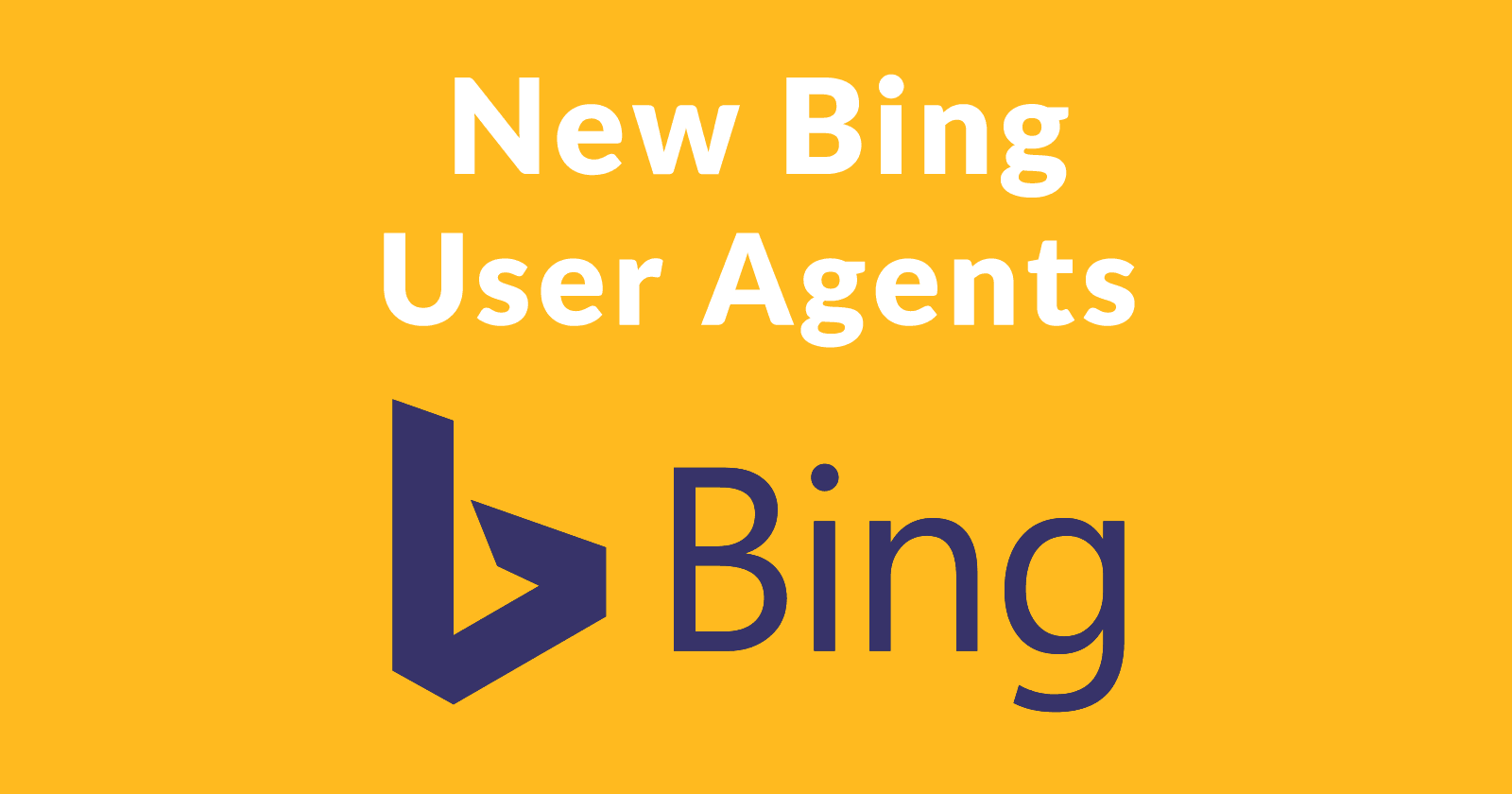 Bing announced brand new user agents for crawling web pages. The new user agents will be continually updated and as a consequence, the user agent strings will also change to reflect the latest rendering engine used.

The most fundamental aspect of SEO is if the search engine can index a web page. The new Bingbot streamlines this aspect of SEO because it is based on Google’s Chrome browser.

So in general if your site works with Chrome then it should work for both Google and the new Bingbot.

These new user agents are for the Evergreen Bingbot crawlers that Bing announced in October 2019.

Related: Why & How Bing Plans to Improve Its Crawler, Bingbot

Bingbot User Agents Will Gradually Be Phased In

Microsoft Bing is currently using the same user agents for crawling but has already changed the rendering engine to Microsoft Edge for thousands of sites. The change to new user agents will be gradual in a process that will take place over several months.

“Over the coming months, we will scale this migration to cover all the sites.”

It’s going to be important to keep any plugins and bad bot firewalls updated. Any coding used to identify Bingbot will continue to work. However as Bing rolls out the new user agents, bot blocking plugins will eventually need to be updated with the newest Bing user agent information.

Should a site suddenly lose Bing organic traffic, bot blocking plugins may be the first thing to check for diagnosing the reason why Bing may be blocked.

Related: 5 Ways SEO for Bing is Different from Google SEO

The new user agents are based on Microsoft’s Edge browser that uses a Chrome rendering engine. The version of Chrome and Edge being used to crawl web pages will be indicated in the new user agents.

The following are Bing’s new user agent strings, with the letters W.X.Y.Z. to be replaced with actual Chrome and Edge version numbers.

According to Bing’s announcement:

“We are committing to regularly update our web page rendering engine to the most recent stable version of Microsoft Edge thus making the above user agent strings to be evergreen. Thus, “W.X.Y.Z” will be substituted with the latest Microsoft Edge version we’re using, for example “80.0.345.0″. “

Bing recommended installing Microsoft’s newest Edge browser in order to test how well your site will render for the new Bingbot. If your site works with Chrome then it should work with Edge.

I’ve installed Edge several months ago and have enjoyed using it. Downloading Edge Browser is probably a good idea if Bing organic traffic is a concern.

The latest Edge browser can be downloaded here.

You can also sign up for Bing Webmaster Tools to keep up to date.