New Report Looks at the Growth of Influencer Marketing on Instagram

New Report Looks at the Growth of Influencer Marketing on Instagram

Data analytics company Klear has conducted a new report on the state of influencer marketing on Instagram, analyzing over three million sponsored posts in order to identify key trends and shifts of note.

And the data shows that influencer marketing is, indeed, on the rise. According to Klear’s analysis, the number of Instagram posts using the #ad hashtag, signifying a brand partnership, increased by almost 50% in 2019. 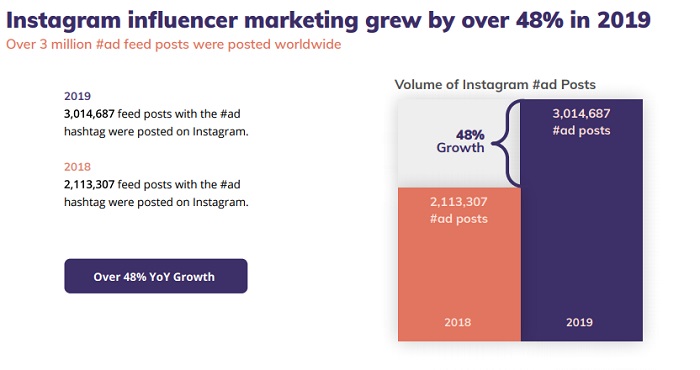 That’s probably not surprising – with Instagram seeing more usage, it makes sense that brands would also be looking to align with that shift. But in looking at those posts which include the #ad hashtag, Klear was also able to establish some more specific trends about the rising Instagram influencer landscape.

First off, Klear notes that the vast majority of Instagram influencers are female: 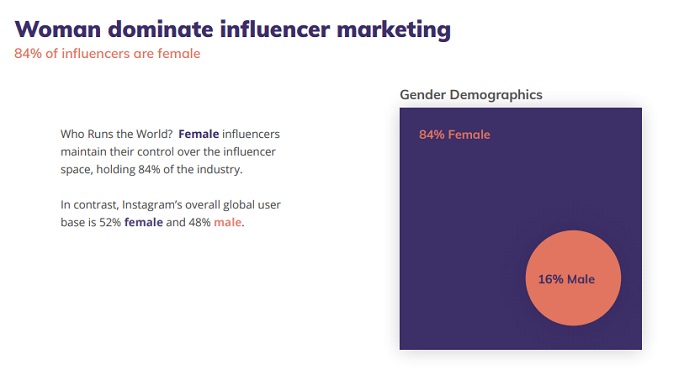 Again, maybe not a surprise, given the visual nature of Instagram, and the relation of such to fashion products, which are more aligned, traditionally, with female users. That said, the significance of the divide between male and female influencers is somewhat surprising. Maybe that points to a new opportunity for male influencers on the platform as a means to stand out from the crowd.

As you can see, Klear also notes that Instagram’s user base is more female leaning, which further lines up with the overall trend. 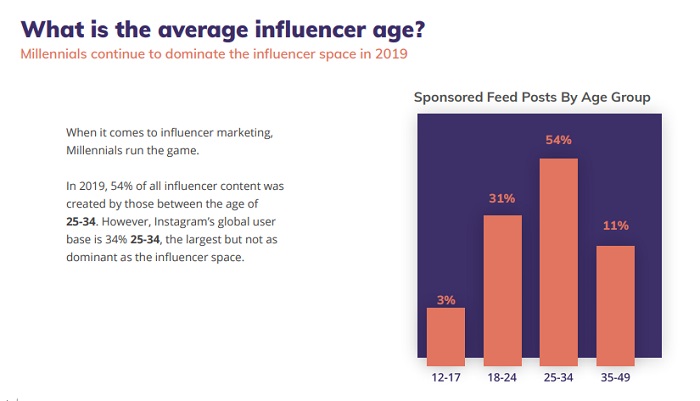 In some ways, you’d expect that to skew even younger, but then again, establishing yourself as an influencer, in a business sense, likely takes some experience, which would point to the slightly older age shift.

Unsurprisingly, fashion comes out as the top industry for Instagram influencer posts. Those trends are pretty much exactly as you would expect – in fact, in terms of revelation, the report doesn’t really underline any significant changes to the norms you likely think of in relation to Instagram influencers. But even so, it’s interesting to note what the data shows, and how that relates to on-platform campaigns.

Klear also notes that Stories usage is rising among influencers, with more frames being added, on average. 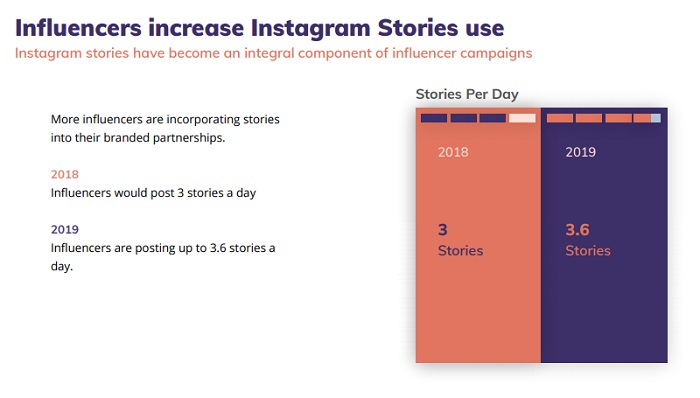 As noted, there are probably no major revelations here – though the disparity of male to female influencers is likely larger than most would expect. But either way, it is worth looking into the state of play, and assessing what that may mean for your own influencer marketing approach.

With the use of Instagram influencers on the rise, now may be the time to get in, before it becomes even more flooded, and by understanding the trends, you may be able to formulate a more resonant, responsive approach.

There are more insights in Klear’s full report, which you can download here, while Klear also recently published another report which looks at the performance of Instagram Stories among influencers specifically.