Facebook has this week announced a new set of holiday-themed features for its Facebook Kids app, which is aimed at facilitating social sharing among users aged 6 – 12.

First off, Facebook is adding some new masks and AR-style overlays for images. 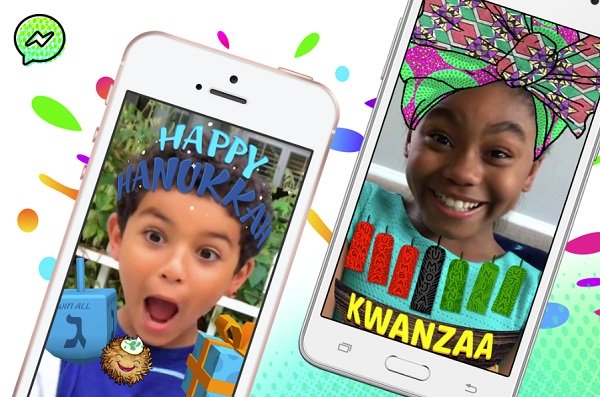 “Kids can explore different masks, filters and sticker experiences in the Messenger Kids camera, including rocking out as the dancing Santa; learning about Hanukkah using the menorah filter; adding the celebratory Kwanzaa frame to a photo; or ringing in the new year with the 2020 fireworks and confetti filter.”

Facebook says that it’ll continue to add in new masks and filters every couple of days, providing fresh, interesting tools for kids to try over the holiday period.

Facebook’s also adding a new option that will enable kids to “message Santa” in the app – with those messages actually re-directing to parents. 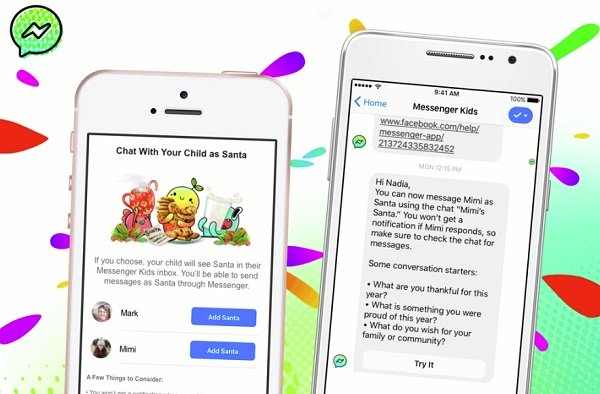 “Parents can use their newly activated Santa chat thread in Messenger to send their child messages that will show up in Messenger Kids as coming from Santa Claus.”

Facebook’s careful to note here that the only messages your child will receive within their Santa Claus conversation will be ones that the parent sends.

“Messenger notifications are automatically turned off for responses to Santa to help preserve the magic, just in case the child is using Messenger Kids on the parent’s phone or tablet. Make sure to check Messenger regularly to see new messages.”

It could be a simple way to establish what, exactly your kids want for Christmas. 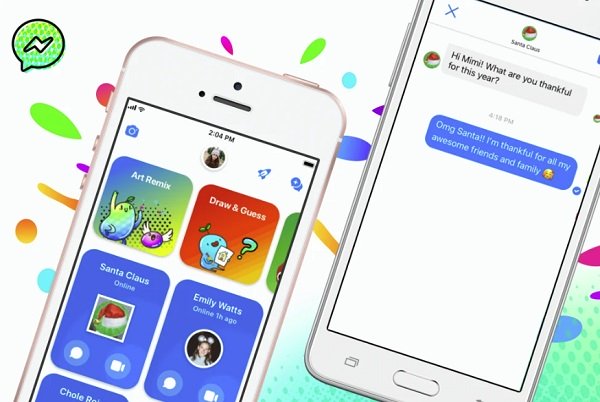 That is, of course, if you’re comfortable enough to let your children use Messenger Kids in the first place.

When Facebook launched Messenger Kids back in 2017, many wondered if it was the sort of thing we should really be providing to youngsters, facilitating their digital connection.

At that time, Facebook was still in the midst of the Cambridge Analytica controversy, and as more people were becoming acutely aware of Facebook’s potential influence – and the ways in which can be used, and misused, for varying purpose – hooking our children into those same networks, rightly, raised concerns.

Regardless, millions of people have downloaded the app, and despite some privacy issues, it looks set to remain a staple in Facebook’s broader product offering, herding the next generation of users into Facebook’s grasp.

You can access the new Messenger Kids holiday features from today.