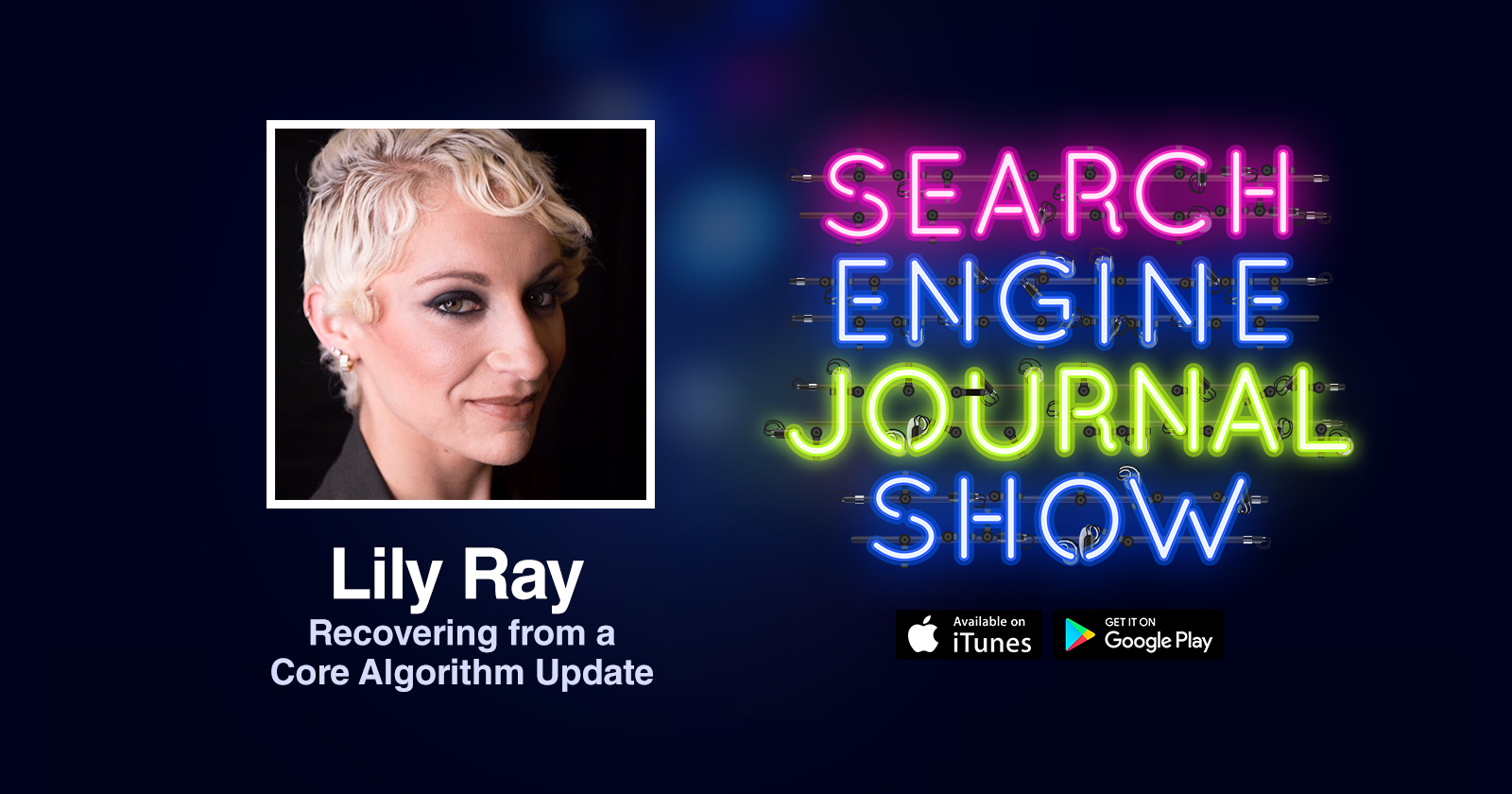 For episode 176 of The Search Engine Journal Show, I had the opportunity to interview Lily Ray, the SEO Director of Path Interactive.

Ray, a sought-after conference speaker, talks about what to do when you’re looking to recover from a core update or a declining SEO performance. 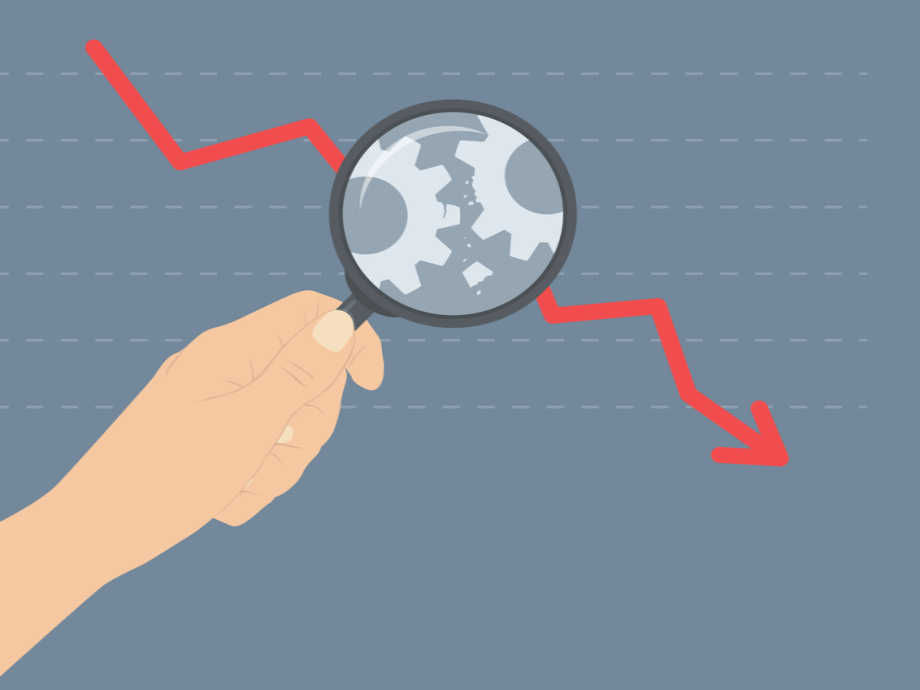 How common is it for people to really see an opportunity to “recover” these days? You hear Google talk constantly saying, “We did this update, there’s nothing you can do.” Do you buy into that?

Lily Ray (LR): Yeah, I don’t buy into that because my team and I here we help clients recover. But that being said, it’s very, very difficult so I understand why Google says that.

And another thing they always say is like, “We tell people that there’s nothing you can do because we don’t want webmasters to go out there and just frantically change a bunch of things that maybe weren’t actually problems, think more long term than that.”

So I do think recovery is possible, but I think it requires a really, really heavy investment in resources and in time and a lot of patience as well.

You might even see some negative ones, which can be really disheartening. But, over time, if you invest the right time and energy and focus on the right things, you will ultimately see a recovery.

It might not be a full recovery, it might just be partial. But we’ve seen time and time again that it’s possible to recover.

Brent Csutoras (BC): So obviously seeing a decline is concerning, for company owners and businesses themselves but also for the people who are managing those offices or those initiatives… So how do you approach [these changes]? What would you say are the beginning steps to assess why you’re seeing a change?

LR: I think the first thing we like to look at is which algorithm update affected them.

Maybe they’ve seen improvements over the last couple of ones from 2018 but then in 2019 they started to see some big negative declines on. We like to assess maybe what happened on those dates.

So we start with that and then we dig into the data and obviously look at what’s really happening with the sites.

Using Google Search Console, for example, you can get a really good glimpse of which particular pages were affected, which keywords were affected.

Google talks a lot about the fact that it really has to do with relevancy.

So it might be that your website’s perfectly fine, but they’ve kind of recalibrated something in terms of what’s relevant for that query and your website or your webpage might not be the relevant thing anymore.

So we gather data about:

So it’s very case by case, but you start with a high-level theory and then you really have to dig into the data to see what’s really happening.

What should people be looking for to really determine what’s happening to them?

LR: The thing about recovering from core updates is that it’s very multifaceted. It requires looking at a lot of different components of what’s affecting your website simultaneously.

So there’s no silver bullet, there’s no singular thing that you can do to recover, unfortunately, which makes it hard for somebody who doesn’t have a depth of experience in recovery to address some of the problems that might be affecting the website.

But what I like to tell people and what we kind of do here at my agency is we start by doing like a gut check and really asking ourselves like, “Is this truly a high quality website? Is this content truly helpful?”

Because what can happen is you get caught up in thinking your own content is great or thinking that your own SEO strategies are great – because maybe they worked for five or 10 years – and this is actually becoming more and more true in the past couple of years with the algorithm updates.

Some of these sites have been enormous in terms of their market share and how successful they’ve been with SEO. They have a whole team of writers that are writing in the style that they’ve learned works for them from an SEO standpoint.

And suddenly those strategies stop working, which is kind of terrifying. So what we do a lot of is like the clients will come to us and say, “We’ve done everything. We’ve had a great SEO strategy and a great SEO team and we’ve been doing this and it’s been working for us for years.”

And then we kind of start to get under the hood and we say, “Actually like this doesn’t work anymore or this never should have worked in the first place or your content is maybe not as good as you think it is.”

So it’s a lot of tough conversation.

How often are those situations where there is nothing for you to do other than to ramp up the SEO strategy as a forefront and a focus to begin with?

LR: In my experience what happens is when you start to really dig into what’s happening with the website, maybe the technical performance, some of the history and the other strategies that they’ve used throughout the years, particularly as it relates to links.

You’ll start to uncover like, “OK, there’s a bigger problem here than maybe we realized.”

Like we’re working with a site right now where we keep having to ask them questions about their backlink profile because, from their perspective, “No, no, everything we’ve done was legitimate. We worked with the best legitimate companies to pay for links.”

Which is like the key term, right? And we’re like, “You know what? Like I think maybe Google’s getting smarter about that over time. So maybe that worked for you a couple of years ago, but it’s not going to work anymore.”

And their perspective is that everything they’re doing is great because it used to be great.

So it’s tricky, but I think it requires knowing the direction that Google’s algorithm is going in. And I think that’s made a lot of big changes and big leaps in the last couple of years.

We know from the Search Quality Raters Guidelines where they’re trying to go with the algorithm and a lot of the times the things that are in those guidelines don’t jive with the strategies that companies have been using for the last 10 or 15 years.

How much content should people be creating these days?

LR: It’s a great question, I don’t think there’s a specific number and it really depends on your industry.

I’ve seen some sites that they don’t publish very often and they just have a small handful of really meaningful and helpful evergreen pieces of content and that’s all they need. And maybe they build one new one a month or one or two new ones a month or something along those lines.

I think this notion that a lot of companies have, which is we need a new blog constantly. We need one a week or we have this kind of editorial calendar that gets you into a situation where you have a lot of content that probably isn’t performing very well and you might not be auditing that all the time.

And that’s one of the things we look at when we’re recovering from core updates is like do you have 10,000 articles that are not really doing anything?

It might even be bringing down the overall quality of your site. So I think it depends on your industry and the demand for content, but more content is not always better.

To listen to this Search Engine Show Podcast with Lily Ray: