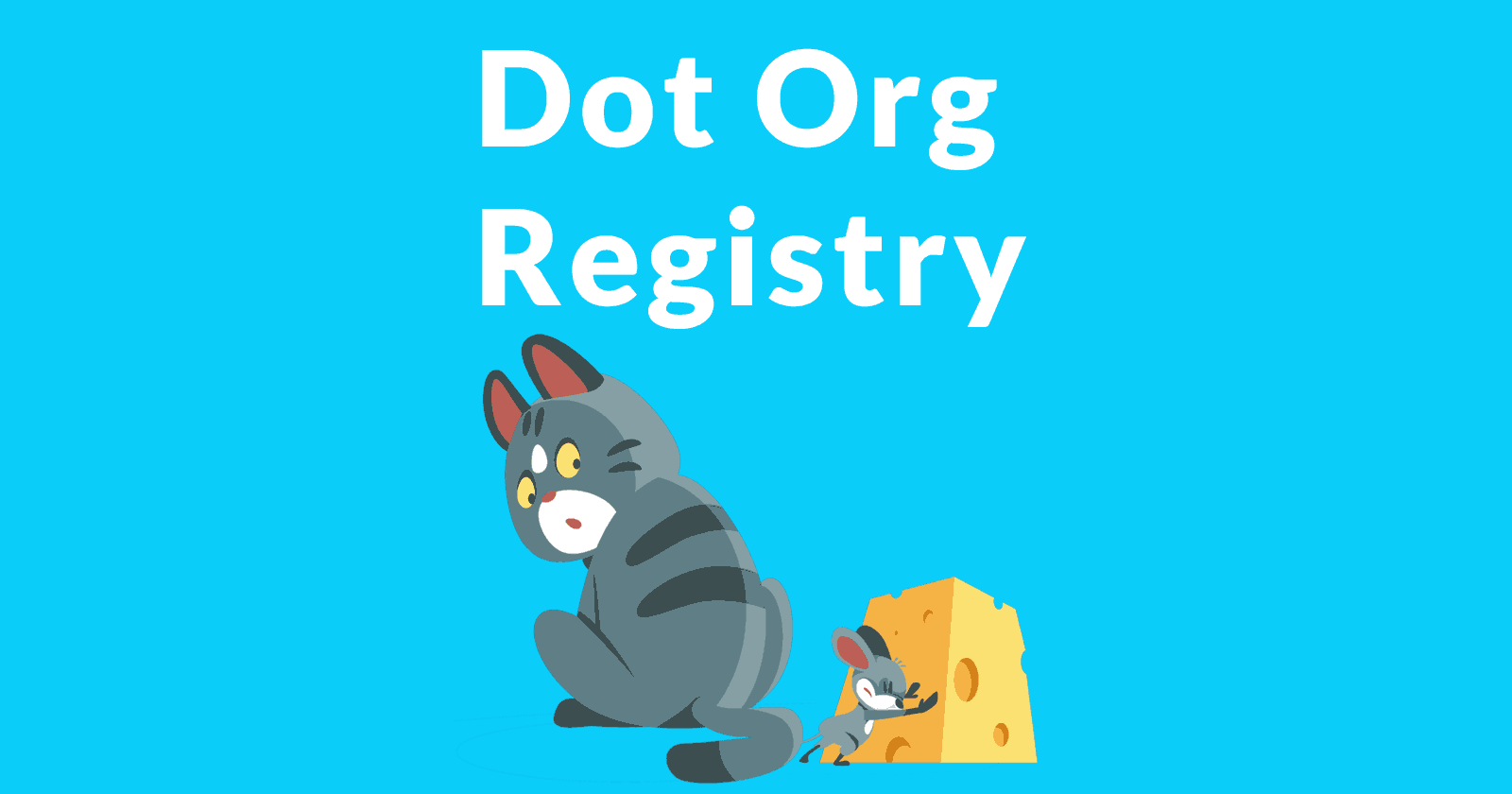 The sale of organization that manages the dot org domain name registry has hit a snag. ICANN, the organization that oversees domain names announced that it is requesting further information about the proposed sale.  The announcement comes in response to what ICANN terms “many questions” having been raised.

Who is Behind the Dot Org Registry Sale?

In March 2019, ICANN proposed removing price caps on the dot org domain name registrations. ICANN received overwhelming responses against the proposed change yet in May 2019 it decided to go ahead with the change.

Meanwhile, companies associated with former ICANN executives began forming the companies that would eventually attempt to purchase the organization in charge of the dot org registry, PIR.

List of former ICANN executives and investment people behind the sale:

1. The CEO of ICANN left ICANN and began working at investment company Abry. Abry is a company that is co-founded by one of the members of ETHOS (who is purchasing the dot org registry).

3. The co-founder of Donuts winds up on the board of PIR, which has control of Dot Org.
4. PIR sells Dot Org to Ethos.

5. Ethos Capital is co-founded by two people in May 2019. One is a former SR VP of ICANN and the other is a partner at Abry. 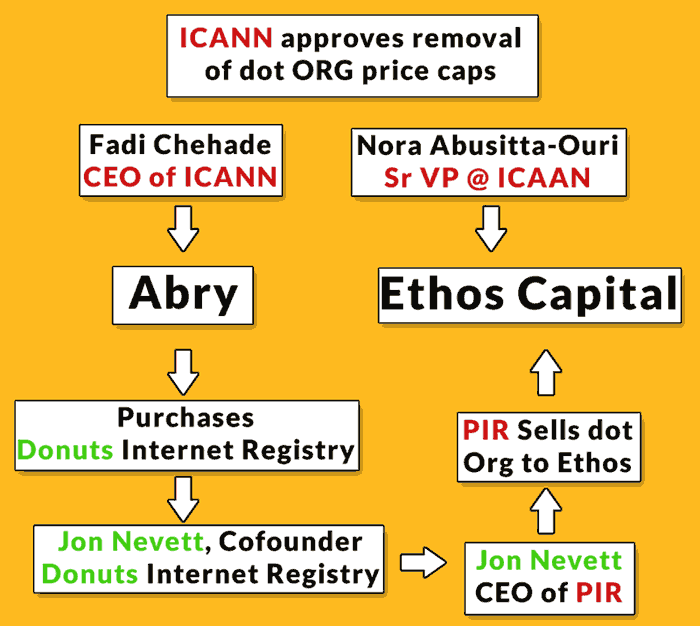 It seems that at every step of the way there is an influential former executive from ICANN who is involved in the transaction to purchase control of the dot org domain registry.

ICANN’s approval is needed before the sale can proceed. In its announcement, ICANN noted the substantial negative press that has been written about the sale and pledged to find out if the buyers are capable of running the dot org registry.

This is what ICANN announced:

“We have asked PIR to provide information related to the continuity of the operations of the .ORG registry, the nature of the proposed transaction, how the proposed new ownership structure would continue to adhere to the terms of our current agreement with PIR, and how they intend to act consistently with their promises to serve the .ORG community with more than 10 million domain name registrations.

We acknowledge the questions and concerns that are being raised and directed to ISOC, PIR, and ICANN relating to this change.”

The responses to the statement voiced concern about the proposed sale.

“As a stakeholder in the .org community, and member of NCSG/NPOC there are a number of issues that concern me here, but a major one is that while Ethos Capital is making promises about the future, there is no track record for the newly formed Ethos, or evidence of expertise in the registry field by the investors.”

Will Sale of Dot Org Happen?

At this point it’s unclear whether the sale will be approved by ICANN. ICANN is requesting more information about the sale and the ability of the involved parties to manage the dot org domain name registry.